AncientPages.com - Archaeologists have unearthed the ruins of a 4,000-year-old Sumerian port in Mesopotamia, modern Iraq. It’s a major discovery that could shed more light on the great climate change shock of around 2,200 BC that is presumed to have caused a huge drought in Mesopotamia, bringing about the end of the Sumerian civilization.

Sumerian ports are mentioned in cuneiform tablets and some can be discerned in satellite images. Archaeologists have previously dug up smaller river ports in the nearby ruins of Ur itself. 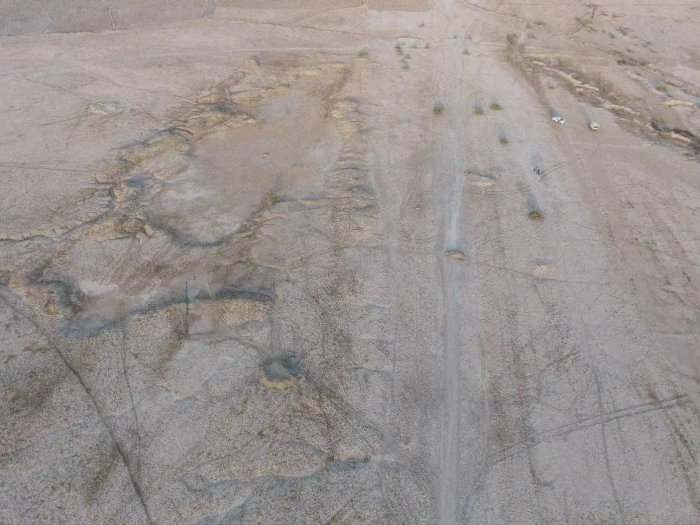 Aerial view of the ramparts and canal of the ancient harbour at Abu Tbeirah Credit: Licia Romano

Due to it’s age, this port differs from previous findings.

According to mission co-leaders Licia Romano and Franco D'Agostino of Rome's Sapienza University, the unearthed port is “the most ancient port ever to be excavated in Iraq, since the only remains of a port to have been investigated are in [nearby] Ur, but are from about 2,000 years later."

The remains of the port were found at the ancient site of Abu Tbeirah, located in Dhi Qar, a southern Iraqi province.

Today, Abu Tbeirah is a desert site, but thousands of years ago, it would have been by the coast. Abu Tbeirah, archaeologists believe, was a “satellite” town of Ur, the ancient Sumerian capital and traditional birthplace of the biblical patriarch Abraham – which lies some 15 kilometers to the west.

Many ancient ruins could be hidden beneath the sand. As Ancient Pages wrote earlier, Iraq’s ancient Kish city survived the Great Flood, but today it’s neglected and lies buried beneath the sand.

The ancient port discovered at Abu Tbeirah measures 130 meters (142 yards) in length and 40 meters (44 yards) wide. According to Daily Sabah, it has “a capacity equal to nine Olympics-sized pools.” Scientists think it is possible “served as a giant reservoir and as a tank to contain river flooding.”

According to D'Agostino, the discovery of this ancient port suggests that Sumerian city-states remained connected to the delta of the Tigris and Euphrates rivers until much later than previously thought.

Ancient City Of Adab That Flourished In North Sumer

Although Abu Tbeirah is today located in the desert, satellite images reveal traces of a mix of natural and artificial canals.

Abu Tbeirah has existed since at least 2,900 B.C. During the Akkadian period, between the 24th and the 22nd century B.C. the Mesopotamian city was conquered by king Sargon who along with his successors created one of history’s first recorded empires. 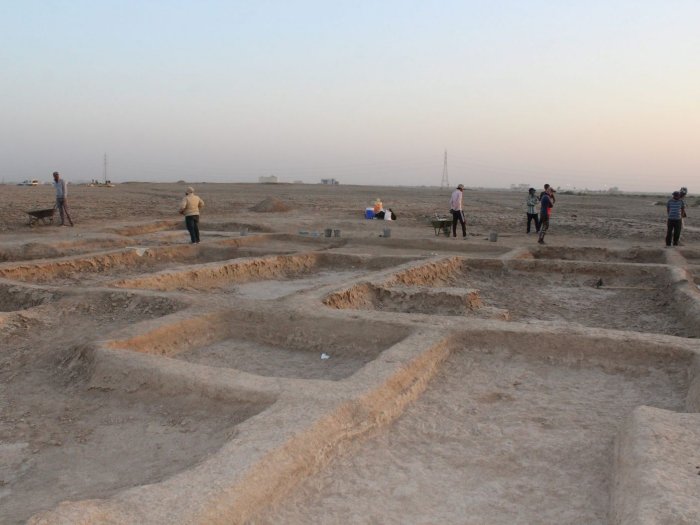 One of the buildings uncovered at Abu Tbeirah, its function is still unknown Credit: Licia Romano

Then something happened, and the city was abandoned shortly before the turn of the millennium, never to be inhabited again. Scientists think Abu Tbeirah has existed since at least 2,900 B.C.E., but it reached its greatest expansion during the Akkadian period, between the 24th and the 22nd century B.C.E. It was during this period that the Akkadians, coming from northern Mesopotamia and led by the famed king Sargon and his successors, conquered the Sumerian cities of the south and created one of history’s first recorded empires.

Then something happened, and the city was abandoned shortly before the turn of the millennium, never to be inhabited again. Scientists think the for the abandonment may be connected to the Akkadian collapse, and to a shift in climate that occurred largely at the same time and is known to scholars as the “4.2 kiloyear event.”

Nevertheless, there is no doubt anymore that about 4,000 years ago, Abu Tbeirah was an important port and though no remains of ships have emerged from the dig so far, this could change soon as scientists continue to explore the region.