A. Sutherland - AncientPages.com - In 1881, an intriguing artifact known as “stone club head of Mesilim” was unearthed at a site of Tall Luh (Tello), covering the ruins of the Sumerian city of Girsu. 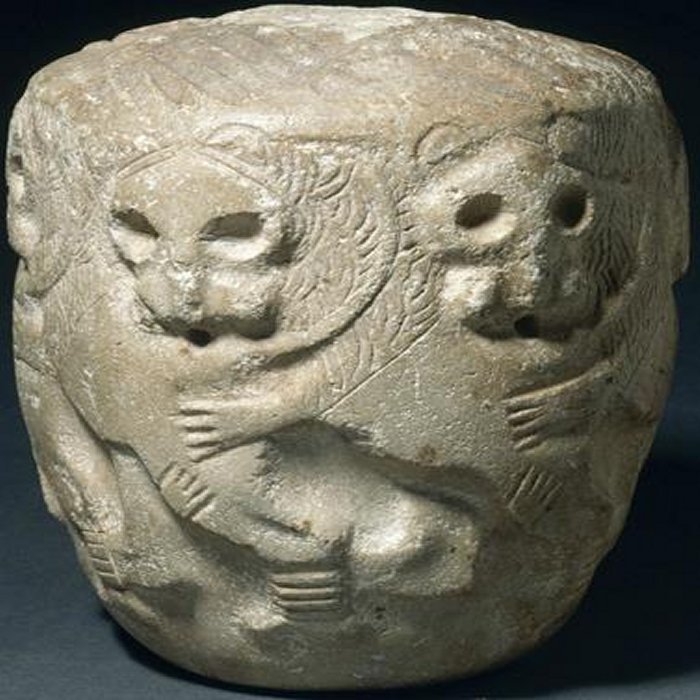 The artifact is covered with an inscription of Mesilim, king the Sumerian city ​​of Kish and the inscription informs in archaic script that:

"Mesilim, king of Kish, builder of the temple of Ningirsu, brought [this mace head] for Ningirsu, Lugalshaengur [being] prince of Lagash."

Sumerian king of Kish, Mesilim, who ruled during the Early Dynastic III" period (c. 2500–2330 BC), was one of the earliest historical figures of Sumer. His existence and involvement in arbitration works to settle a dispute between the city-state of Lagash and neighboring Umma, and set a new frontier between these two cities, was confirmed by votive inscriptions from Lagash and Umma. 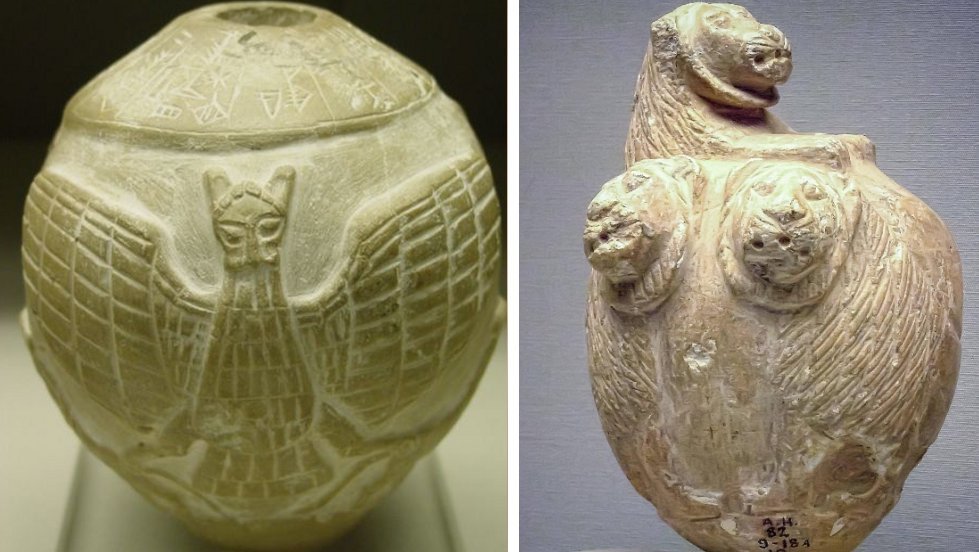 The limestone head is 19 cm high (7.5 in) and 16 cm (6.3 in)  in diameter and has its  upper surface decorated with a mythical bird Anzu, in the form of a lion-headed eagle, symbol of the storm cloud and emblem of Ningirsu, guardian of the city's wealth. Anzu clutches in its talons six rearing lions.

The six lions accompany the bird Anzu, which represents a symbol of Ningirsu, the god of the welfare of the city Girsu. Its depictions were found on  many other monuments from the Sumerian city, for example, on a tripod silver vase dedicated by Entemena, king of Lagash, to god Ningirsu or a votive plaque dedicated to Dudu, Ningirsu’s high priest.

In Mesopotamia, soldiers used numerous weapons such as spears, bows and arrows, daggers, maces and shields to fight off invading armies and for waging war against neighboring city states.

The mace appeared in the end of the fourth millennium BC and was a weapon of war and a symbol of power as well. It was a type of club or virge that uses a heavy head on the end of a handle to deliver powerful blows.

Usually made of metal or stone, mace heads have been unearthed in Sumerian temples. This kind of weapon had a worldwide use in prehistory, antiquity, during Middle Ages   and even reached the Modern Era.

Today, the “Stone Club Head Of Mesilim” is stored in the Louvre Museum.