AncientPages.com - On February 22, 1784, the 52nd birthday of President George Washington, a wooden ship was constructed and named "The Empress of China". This ship embarked on its maiden voyage from New York to China as the first voyage between China and the US.

After the American War for Independence (the armed conflict between Great Britain and thirteen of its North American colonies, which had declared themselves the independent United States of America (1775-1783), development of foreign trade on a large scale was one of the most important state strategies for the country. 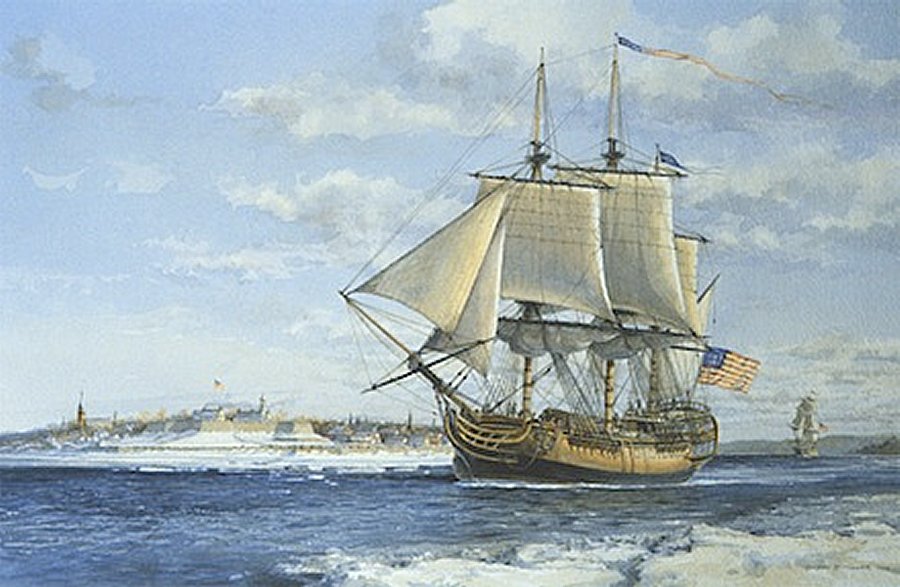 The Empress of China

Especially important was revival of a trade with China.

The carrying capacity of "The Empress of China" was 360 tons, with a body length of 104.2 feet, width of 28.4 feet and submerged depth of 16 feet.
"The Empress of China" entered the Atlantic Ocean and went around the Cape of Good Hope, arriving at the island of Java on July 17, where it met the French vessel "Triton" and sailed side by side.

"The Empress of China" arrived in Macao on August 23 and received the travel pass from the Qing government.

On the 28th, it reached Huangpu Harbor of Guangzhou. The historical voyage lasted totally six months and six days. A large group of merchants arriving with ship stayed in Guangzhou for three months.
The voyage was very successful and many goods were sold. A large shipload of high quality Chinese goods including tea was purchased.

On December 28, "The Empress of China" set off on her return voyage back to America and reached home in May, 1785.