A. Sutherland - AncientPages.com - An ancient Jewish manuscript entitled "The Queen of Sheba and Her Only Son Menyelek" translated by Sir E. A. Wallis Budge, contains the following statement:

"Now the House of Solomon the King was illuminated as by day, for in his wisdom he had made shining pearls which were like unto the sun, the moon and the stars in the roof of his house..."

Apparently, electricity in one form or another was present on Earth through the centuries and its existence was mentioned in many ancient records. 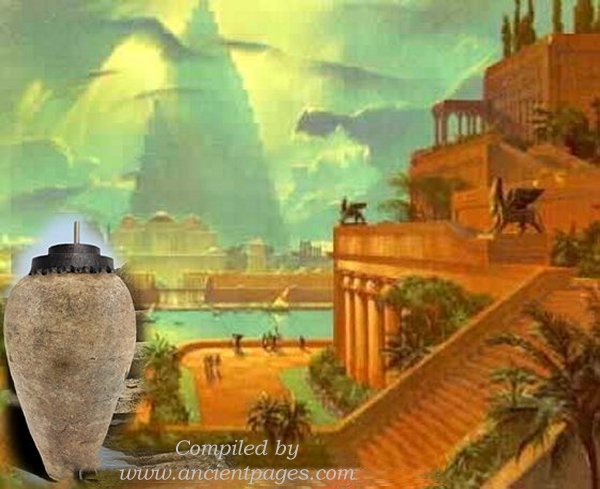 A small, undecorated artifact with rather plain appearance is believed by some scientists to be an example of a prehistoric, electrical power source. It's the so-called Baghdad Battery, also known as the Parthian Battery.

The artifact - thought to be a 2,000-year-old electric battery - was found in 1936 by railroad workers in the area of Tel Khujut Rabu, south of Baghdad.

Most sources date the batteries to around 200 BC, but the first known electric battery - the Voltaic pile - was not invented by Italian physicist Alessandro Volta until 1799.

Two year later, German archaeologist Wilhelm König, a German archaeologist employed by the State Museum in Baghdad, Iraq came upon a storage box containing a number of two-thousand-year-old clay pots, which had been excavated in the area of Tel Khujut Rabu, a village southeast of Baghdad.

Each of the pots was 6 inches high and contained a cylinder of sheet copper 5 inches high and 1.5 inches in diameter. The edges of the cylinders seemed to have been soldered with an alloy, §comparable to the solder in use today.

The bottoms of these mysterious cylinders were capped with copper discs and sealed with bitumen or asphalt. Another insulating layer of bitumen sealed the tops of the pots and held in place iron rods suspended into the center of the copper cylinders.

The rods showed a strong evidence of having been corroded by an acid solution that evaporated long ago.

König interpreted the artifact that looked very much like a present-day dry cell, as an clear indication that early cultures knew about electricity.

More such electric cells were found. Four of them containing copper cylinders were unearthed in a magician's hut near Tel Omar (Seleucia-on-Tigris). Found with these pots were thin iron and copper rods that may have been used to connect the cells into a series - in order to produce a stronger voltage.

Additionally ten other cells, broken down into component parts, were also unearthed at Ktesiphon (Ctesiphon), near Baghdad.

Was it some kind of mass-production of much stronger current? Was the manufacturer interrupted before assembling the all pieces into functioning batteries?

The ancient batteries found in the Baghdad Museum's basement and elsewhere in Iraq date back to the Parthian period of Persian occupation (circa 250 BC to AD 650).
The Parthians were known as skilled warriors rather but definitely not regarded for their scientific achievements.
Where did they acquire the knowledge to assemble the object and how did it work? It would appear then that they inherited these batteries from one of the earliest known civilizations.

Many replicas of the Baghdad Battery have been constructed and tested. Filled with grape juice, vinegar, or copper sulphate, the replicas generated 0.87 volts or even one and a half to two volts of electricity.

One of those who experimented with the battery's replica was Willard F.M. gray, an engineer at the General Electric High Voltage Laboratory in Pittsfield, Mass., after reading König's research paper.

"These BC-vintage batteries are very simple. This sheet-copper was soldered into a cylinder less than 4 inches long and about an inch in diameter - roughly the size of two flashlight batteries end to end. The solder was a 60/40 tin-lead alloy - one of the best in use today," Gray said.

The experiments showed that the Baghdad Battery was able to produce small current and one thing is is certain: the electric current and its practical use were known long before the official invention.

But the question is: For what purpose? What would it have been used for?

There has been a lot of controversy over the Baghdad Battery and a variety of theories regarding the artifact have been proposed.

Some researchers favor a ritual use for the Baghdad Battery. Dr. Paul Craddock, an expert in historical metallurgy from the Department of Scientific Research at the British Museum has proposed that this kind of ancient cells connected together may have been placed inside a metal statue, for example. 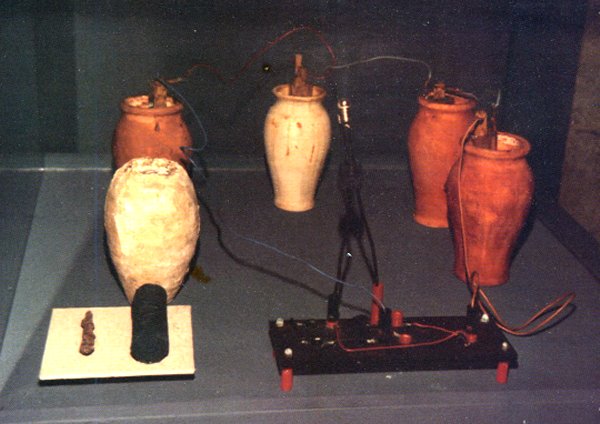 Worshippers touching the idol would get a small electric shock, very similar to that of static electricity. This strange tingling sensation would have been thought of by the statue's worshippers as evidence of power, magic and even mystique.
However, there's no support for the above-mentioned theory because no statue with the cells hidden inside was ever discovered.

One of the most popular theories is that the small current produced by the batteries, was used for electroplating metals. In the article published in Science Digest, in 1957, Harry M. Schwalb wrote that "... in Cleopatra's day, up-and-coming Baghdad s silversmiths were goldplating jewelry - using electric batteries".

Was this kind of electroplating technique also used by the Parthian jewelers? In a slightly different form, the technique is also known today in a process called gilding, where a layer of gold or silver is applied to a piece of jewelry.

In many places around Baghdad, there have been unearthed figurines coated in a very thin overlay of gold. Their appearance must have been obtained either by hammering or by melting the gold over them. However, no trace of hammer marks could be found on the figurines.

Did electroplating and galvanization already exist almost 2,000 years ago?

It should be noted that both these techniques were first introduced in the 19th century.

Based on current knowledge regarding the Baghdad Battery, the artifact is indeed a unique relic.

Unfortunately, in 2003, during the war in Iraq, the Baghdad Battery was looted from the National Museum, along with thousands of other valuable ancient artifacts.

The battery's current whereabouts are - unknown!