According to Apalache tradition, one day when the Master of Breath was standing on a hilltop, he disappeared before their eyes.  The place where he disappeared was developed into a shrine with stone monuments, engraved with galactic symbols and the new Apalache writing system. 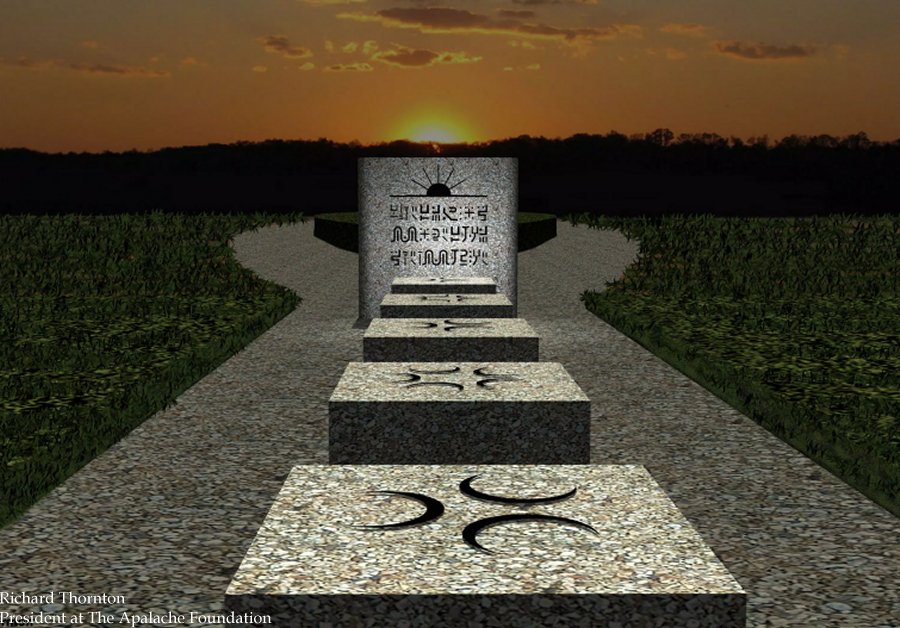 When the first newcomers began settling the interior of the Southeast the Yamacutah was still used, but what happened later is unclear.

The story of Yamacutah might have been lost in time if not for the documentation by local historian Gustavus James Wilson, who wrote of the shrine in his book “The Early History of Jackson County.” Wilson, 1827-1909, lived in Jefferson at the time he wrote the history.

According to Commerce resident Becky Perry, there is a lot of disagreement on where it is. Perry, is a member of the Tumbling Waters Society, a group working to preserve the history and natural environment of Hurricane Shoals Park, which is located along the North Oconee River in the general vicinity of where the shrine may have been located.

She believes the sacred place will be found as recent efforts have been conducted to find remnants of the shrine. The site was protected by the Creek Indians until 1785, when a treaty was signed which ceded the lands to white settlers.

From Wilson's book, we learn of two men who traveled from Virginia to Georgia in 1784. The explorers Jordan Clark and Jacob Bankston heard of Yamacutah from a group of Choctaw Indians in Wilkes County and upon searching for the shrine they found it on April 22, 1784.

They described a statue set atop an earthen mound about 6 feet high and 17 feet in circumference. The statue had a head that “was well-formed. The neck was unduly long and slender. The chin and forehead were retreating. Their eyes were finely executed, and looked anxiously to the east.” Four smooth paths led in four directions from the statue. “And here, amid those gloomy solitudes, the natives believed that our God, their Great Spirit, had walked as a man walks along his homeward pathway.”

The mound was in the center of a circular landscape that measured at 150 yards in diameter. There were other rock monuments carved with designs such as moons and the sun.

Surrounding the holy grounds were the giant hardwoods and pines of a virgin forest. Thornton, who is Creek Indian, said he once considered Yamacutah a myth. 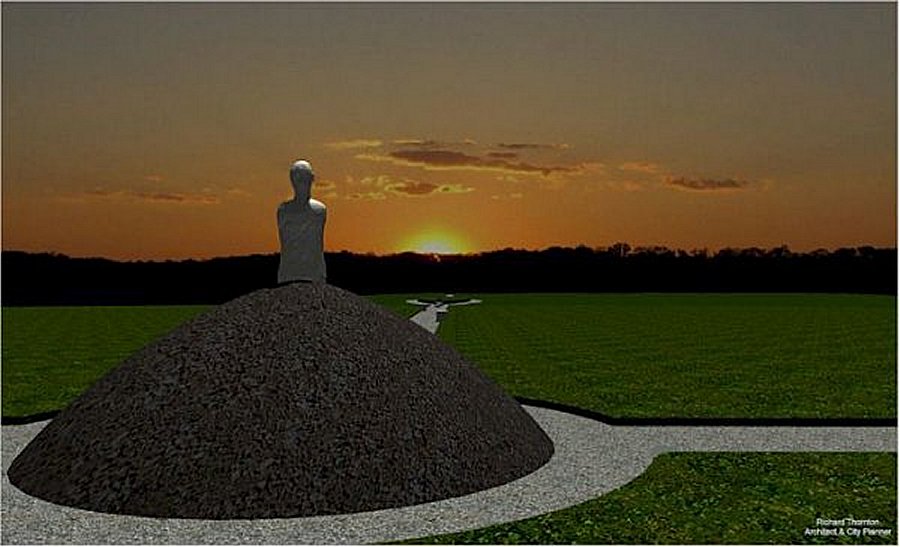 “I didn’t even know the name Yamacutah. I just knew there was some mystical place where God came down to earth. I thought it was some tall story from my grandmother, ” said Thornton, who has studied Indian history and was an architect for a Trail of Tears Memorial in Oklahoma.

The details that guide searchers like Thornton for Yamacutah are only found in Wilson’s book.

Wilson’s book also records that in 1785 there was a bitterly cold winter in which wildlife froze to death and a day of darkness in which the sun, while visible, gave no light as it appeared hidden by fog.

Thornton said that these conditions actually happened due to volcano eruptions in Iceland. “The finding of Yamacutah would be far-reaching beyond the borders of Jackson County. It’s a treasure for Georgia.” Thornton said.

Many still think Yamacutah is a real place, not a legend.