Conny Waters - AncientPages.com - An old cannon was found buried at a construction site near the Pak Kong car park in the Inner Harbour area of the city of Macau, located on China's southern coast, 60 km (37 mi) west of Hong Kong.

According to the statement, the cannon was dug out yesterday afternoon during excavation work for a sewer project in the area. 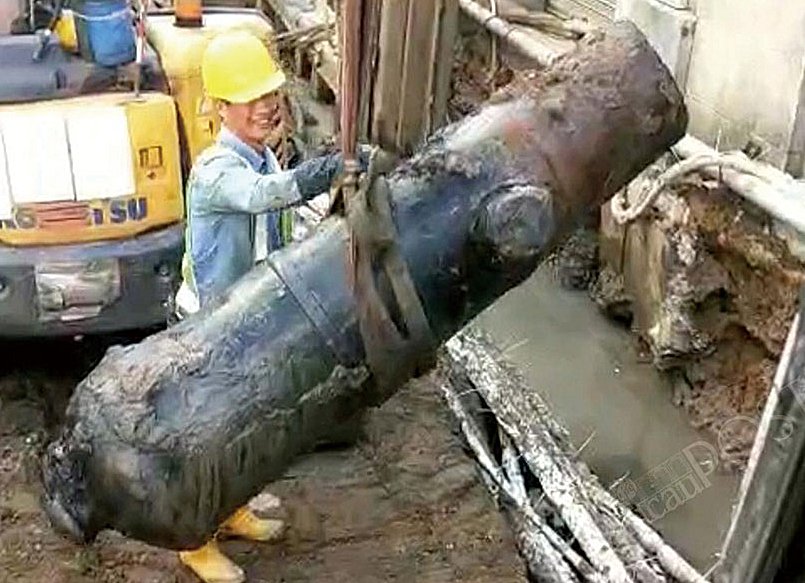 The old cannon dug out by an excavator on a construction site in the Inner Harbour area. Image source.

The project has been temporarily suspended following the find, according to The Macau Post Daily.

According to the statement,  the old cannon was possibly a “cultural relic.”

Macau is a former Portuguese colony that was administered by Portugal from the mid-16th century until late 1999 when it was the last remaining European colony in Asia.

Portuguese traders first settled in Macau in the 1550s. In 1557, Macau was rented to Portugal by the Ming Dynasty as a trading port. The Portuguese administered the city under Chinese authority and sovereignty until 1887 when Macau became a colony of the Portuguese Empire.