David Tee - AncientPages.com  - A short book “The Secret History of the Mongols” by an unknown author was written just after the death of Genghis Khan. The book is the oldest history of the Mongol people and its pages record the friendship and hostility between Temujin and Jamukha. 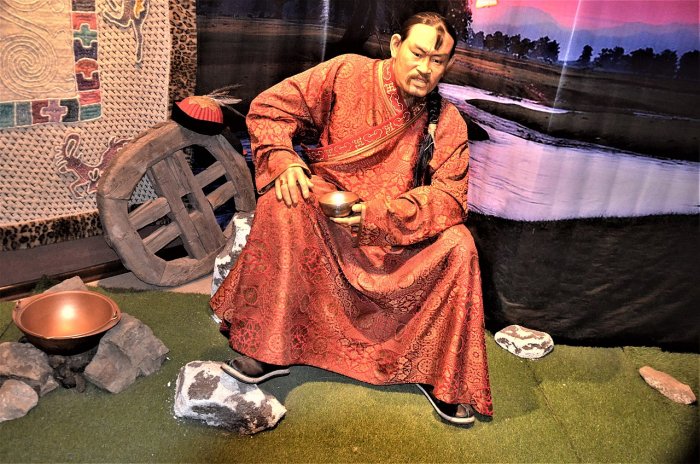 Wax sculpture of Jamukha in the Museum of the Genghis Khan Equestrian Monument Complex in Arkhust, Mongolia. source

Little is known about the early years of Jamukha but it is known that he was born into the sub tribe called the Jadaran, which was a part of the Khamag Mongol tribe.

One detail of his early years does survive. It is said that Jamukha was a childhood friend of Genghis Khan. They must have been really close as the two performed a blood brother ritual and became united by blood.

From records that survived it is known that Jamukha was Genghis’ true friend. Their oath to be forever faithful to each other survived many years and they also worked to keep authority from intervening and ruining that friendship.

For a while it looked like the two men would stay faithful to each other. When Genghis Khan’s wife was captured, Jamukha was there to help his friend recover her and bring her back to safety.

It was after this adventure together that their friendship began to sour. After the two friends and others retrieved Genghis Khan’s wife from captivity, the friendship between Jamuhka and Genghis Khan started to be weaker due to jealousy and desire to be the best.

The two men were always competing against each other and this continued competition led Jamuhka to hate his lifelong friend.

When they actually split and became enemies is not known but once they did, there was nothing but conflict between the two. While Jamuhka was successful at the Battle of Dalan Balzhut, he was still the loser. He executed some of the followers of Genghis Khan and thus, he lost a lot of Mongol support. 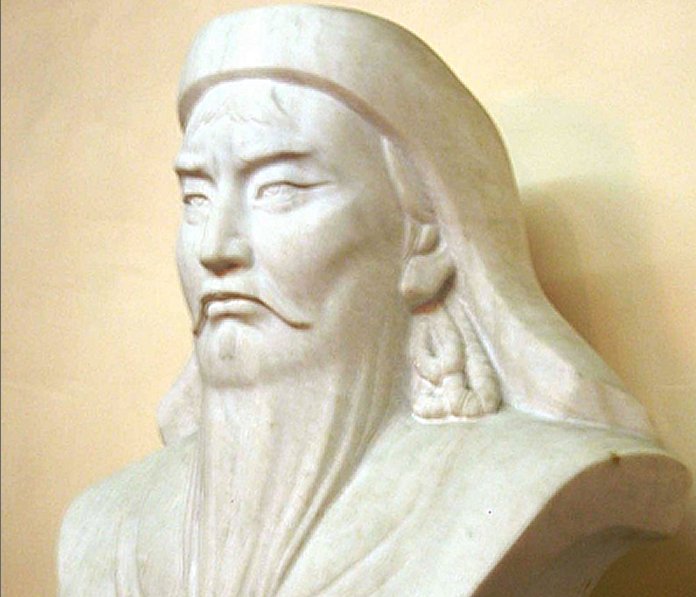 A bust of Genghis Khan adorns a wall in the presidential palace in Ulaanbaatar, Mongolia. source

14 years after the Battle of Dalan Balzhut, the Mongol tribes that did not accept Genghis khan’s rule, elected Jamuhka as their leader. He led the Merkit, Tatar, Naimans and other Mongol tribes into battle against his old friend.

Then in 1204, Jamuhka tried again to defeat his old friend in battle and assume the Mongol universal throne. He joined forces with Ong Khan (at first an ally and then opponent of Genghis Khan). and again. he was defeated. This time, there was no escape for Jamuhka. His own people betrayed him and handed him over to Genghis Khan in hopes of receiving a great reward. Unfortunately for them, Genghis Khan did not view betrayal very highly.

He had the conspirators executed for their behavior against their own leader.

Timur: Brutal Military Leader And His Desire To Conquer But Not To Rule

Instead, Jamuhka refused the opportunity and asked for a noble death. This moment in the two friend’s lives may finally reveal how deep Jamuhka’s jealousy and hatred went. His final recorded words were that there could only be one emperor at one time.

Upon hearing Jamuhka’s answer and his request, Genghis Khan had him executed without spilling any of Jamuhka’s blood. In Mongol culture, spilling blood was not an honorable or noble way to die.

The back of his former fried was broken fulfilling the request made.

Friendships Do Not Always End

Even if it is only one friend holding to the oath or bond of friendship, acts of kindness or friendship do not die when the friends separate and become enemies. When it came time to bury Jamuhka, Genghis Khan buried his old friend with the golden belt he had given him when they became blood brothers.

The rejection of reconciliation by Jamuhka did not sway Genghis Khan’s feelings for a man who once helped him rescue his wife.

He still wanted to be Jamuhka’s friend.