Ellen Lloyd – AncientPages.com - Most scholars agree the ancient Sumerians were the earliest developed civilization in our recorded history. Mesopotamia is therefore often characterized as the cradle of civilization, but how exactly did Sumerians change the world?

Ancient people were familiar with art long before the birth of the Sumerian civilization and they also practiced agriculture around 8,000 B.C., but the power of Mesopotamia was that Sumerians took many aspects of human culture and transformed them into what we today call civilization. 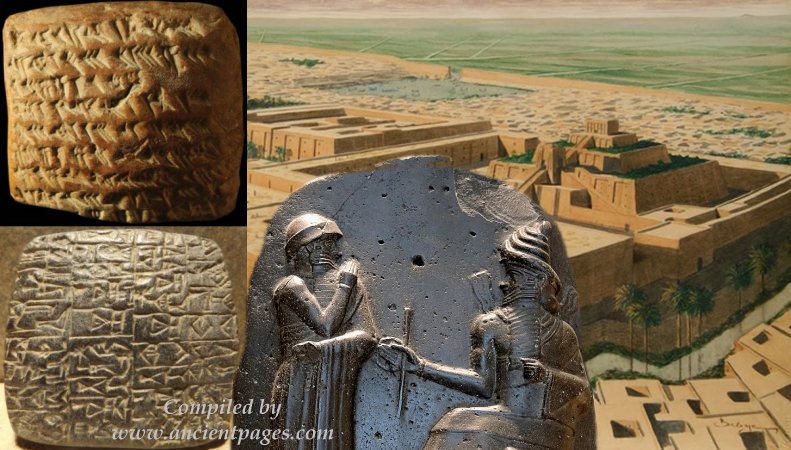 The ancient Sumerians, the "black-headed ones," emerged upon the flood plain of the lower reaches of the Tigris and Euphrates Rivers about 4000 B.C.in what today is modern Iraq. The Sumerians were by no means the first people on our planet, but they were the first in many areas of expertise. To understand how much we owe the ancient Sumerians, one just has to take a quick look at some objects and technology we take for granted today. 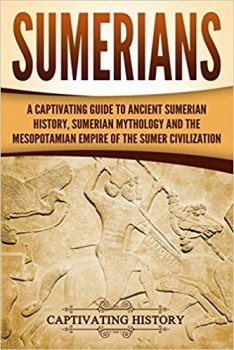 “They are the culture that gave us a lot of firsts: the first kingdom, and then empire, the first city-states, the first democracy, the first autocracy; they pioneered writing, schooling, organized religion, lawmaking, art, and literature.” 1

Piecing together the ancient history of this long-gone civilization has been possible because scientists discovered valuable information that sheds light on Sumerians’ daily life.

“Historians, archeologists, cultural anthropologists, and geologists have done most of the literal dirty work by unearthing an increasingly higher number of clues about the fascinating lives of the Sumerians.

Writing Was Invented In Mesopotamia

From a Sumerian epic poem entitled “Inanna and Enki” we learn that the art of writing was among many basic elements of civilization, transferred from Eridu, the City of the Kings, to Uruk. The writing was dedicated to the people of earth by Enki, God of Wisdom. 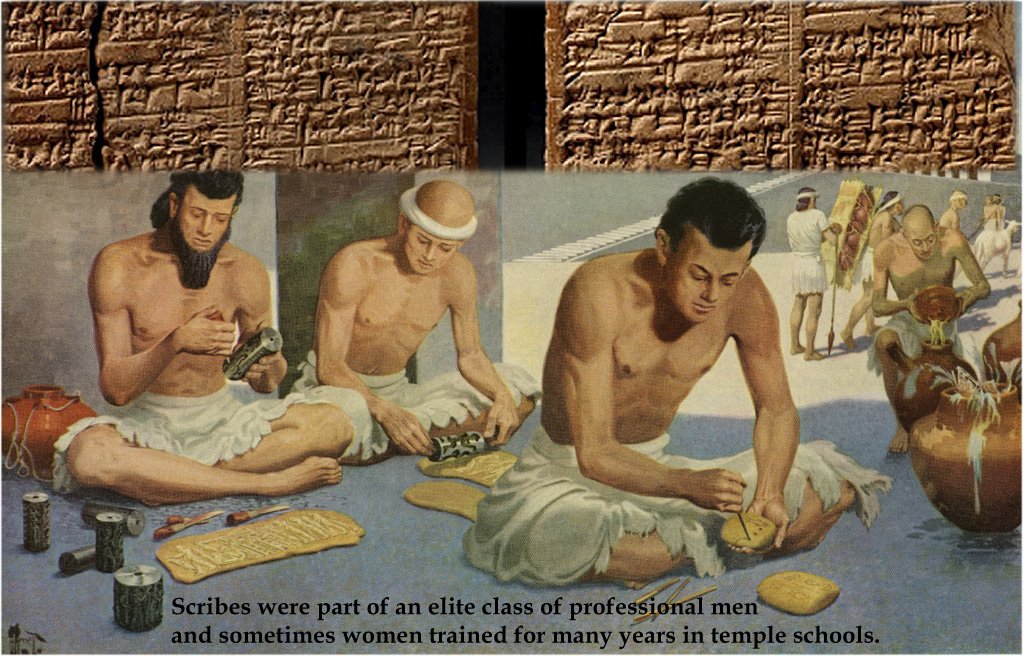 The word cuneiform simply means “wedge-shaped”, and using these cuneiform tablets, Sumerians developed a script that bears close resemblance to writing today. In the beginning, they used 1,000 characters, but later, they successfully ensured more clarity into the script with about 400 characters. Around the year, 2,500 B.C. the Sumerian script became much more advanced. It was no longer limited to information about crops and taxes, but also portray emotions such as fear, anger, or hope.

Like in most ancient societies, priests were held in high regard. Claiming they had the ability to communicate with the gods, priests took their place at the top of the social hierarchy and eventually a class system was developed.

The importance of religion “inspired of moral codes, which led to formal rules and in turn, punishment for those who disobeyed.” 4 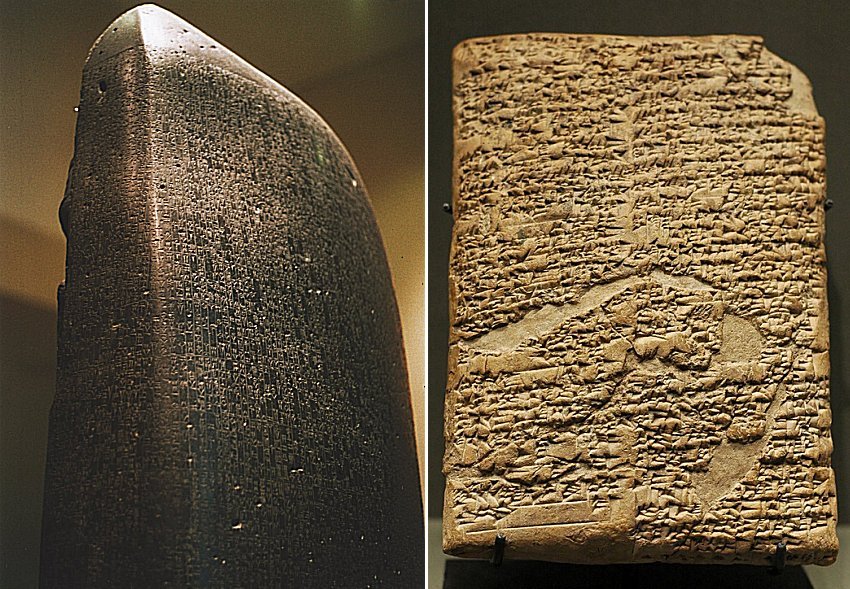 Today the most famous ancient law code is the Code of Hammurabi, the sixth king in the Babylonian dynasty, who ruled in central Mesopotamia (modern Iraq) from 1792 to 1750 B.C. What is sometimes forgotten is that before the Babylonian king proclaimed one of the earliest and most complete ancient legal codes there was another old law code.

The Code of Hammurabi was predated by the code of Lipit-Ishtar, the ruler of Isin around 1900 B.C., who was powerful enough to proclaim himself king of Sumer and Akkad. The Sumerian king Ur-Nammu also wrote a law code that was intended to protect the weak from the mighty.

Money Did Exist In Mesopotamia

Some doubt the existence of money in Mesopotamia, but it did exist. “For 4,500 years, human life was controlled and even manipulated by money. Ever since ancient times, money has played a central role in people's lives, regardless of whether payment has been rare shells, worthless iron coins, small springs or stamped precious metal pieces.” 5

According to experts, “Mesopotamian monies are distinguished from ordinary commodities by being exchanged, sometimes for one another, more often as payments for other tangible commodities or for other less tangible goods, such as freedom from obligations of various sorts (taxes, loans with interest, fines and so on), and at more or less stable rates. They were used as indices or standards of value and were stockpiled as storable wealth.” 6

Many ancient civilizations kept track of time in a variety of ways, but ancient Sumerians were the “first in recorded history to use a base 60 numerical system that led to our 60-second minutes and 60-minute hours. Many believe that that this helped the Babylonians to make such impressive advances in mathematics, as 60 has many divisors. They also used a lunar calendar, which comprised 12 lunar months, at an average of 29.5 days each. This left the Mesopotamians short by around 11 days a year, so they added seven months in each 19-year period to keep the seasons aligned. “ 4

Oldest Evidence Of The Invention Of The Wheel Comes From Mesopotamia

It’s difficult to imagine what our modern society would be like without proper transport. The invention of the wheel has been traced to Mesopotamia where people came up with the idea around 3,500 B.C, in the late Bronze Age. Historians think different civilizations started to use the wheel independently around the same time. We cannot say with certainty the ancient Sumerians were the first to use the wheel but based on archaeological evidence it seems the oldest example of the wheel comes from Mesopotamia. 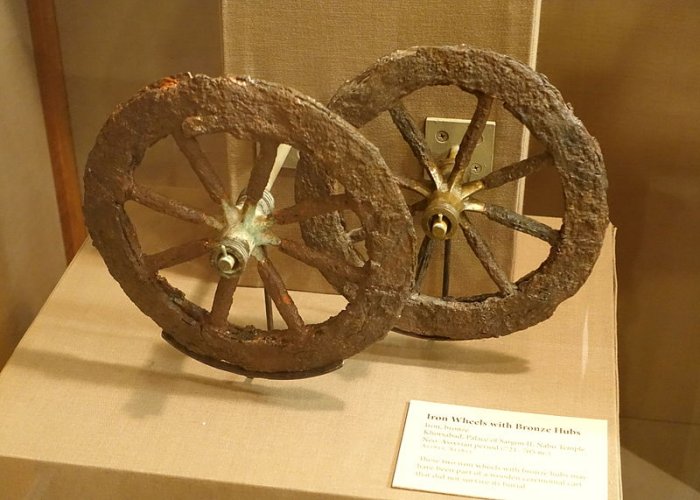 The wheel was invented in Mesopotamia. Credit: Public Domain

Ancient Sumerians led the foundation of what is today defined as a civilization. Their inventions inspired and influenced “the entirety of the Ancient Middle East, and their accomplishments and innovations echo in diverse ancient cultures such as Egypt, Greece, Rome, Ethiopia, and more.

From a practical, mundane standpoint, they were a highly religious, agricultural society that put great emphasis on art, culture, and the written word.

As is the case with all cultures, they developed from simpler hunter-gatherer societies, based on the Bronze age sites scattered about the area that comprised Ancient Sumer. They were an innovative, inventive, imaginative people and, interestingly enough, had parallels with even modern-day societies in both positive and negative aspects of their daily lives.” 1

So, it’s certainly not without a reason historians and archaeologists refer to Mesopotamia as the cradle of civilization.