A. Sutherland - AncientPages.com - Napata was an ancient great city located on the west bank of the Nile in Nubia, the region of the valley of the Nile that is currently shared by Egypt and Sudan, some 300 km north of Khartoum. The nearby hill of Barkal (Jebel Barkal) was taken to mark the southern border of the New Kingdom.

Napata was founded by Tuthmosis III in the 15th century BC after his conquest of Nubia and there is an inscription from the reign of this pharaoh, which says that he, Tuthmosis III, was the first king who began to build there. 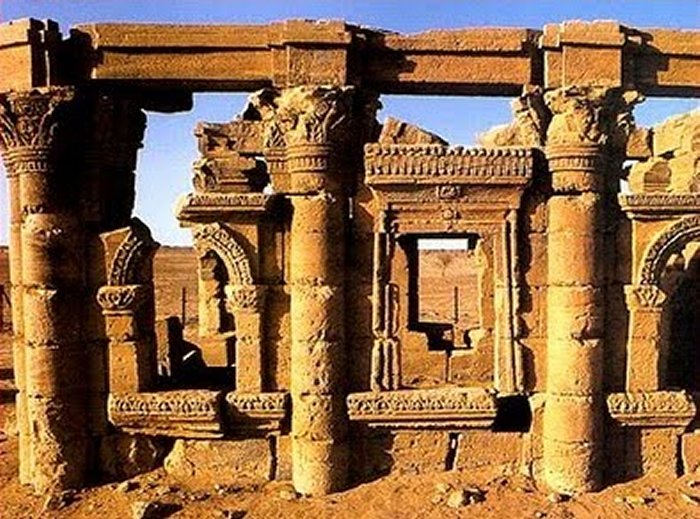 City ruins of Napata. About 300 years later, Napata became the capital of an independent Nubian kingdom, the Kingdom of Kush.

A table mountain, Jebel Barkal, stands seventy meters high directly behind Napata and it was regarded as a holy mountain, the seat of the god Amon and under it, there are still ruins of several ancient temples.

Since the time of dynasties, the Egyptians had been interested in Nubia, which was very rich region in gold and soon they could controlled trade and become an imperialist power in Nubia. Over time the habits and Egyptian religion spread by Nubia.

In 1075 BC, the Amon high priest in Thebes, the capital of ancient Egypt, became powerful enough to limit the power of Pharaoh over Upper Egypt. 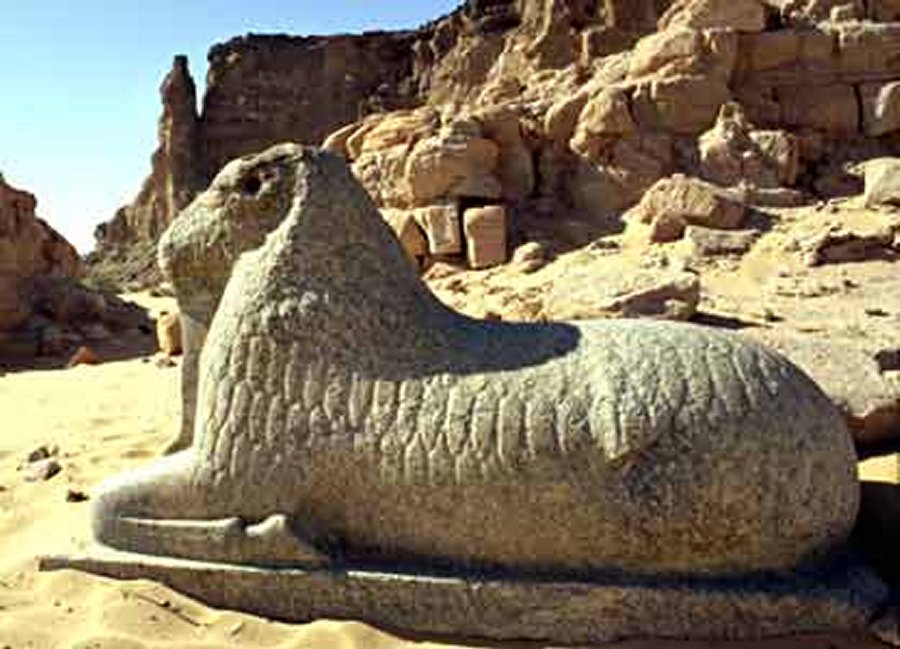 Ram at the entrance to the Temple of Amun, at Jebel Barkal, Sudan

This was the beginning of the Third Intermediate Period (1075 BC-664 BC). The fragmentation of power in Egypt allowed the Nubians recover autonomy.

About 300 years later, Napata became the capital of an independent Nubian kingdom, the Kingdom of Kush.

In 750 BC, Napata was a flourishing city, while Egypt was still suffering political instability. Napata was part of the homeland of the Karmah culture, an indigenous Nilotic culture, long misidentified as an Egyptian outpost.

The culture flourished in the rich agricultural region that surrounds the site. Gold from the eastern desert, cattle pastoralism, and trade along the Nile were other sources of this culture's wealth.

Napata became a capital of a significant part of the ancient world and the Egyptian custom of royal burial under pyramids was introduced into Kush.The people of Napata, at the time, were culturally Egyptianized. 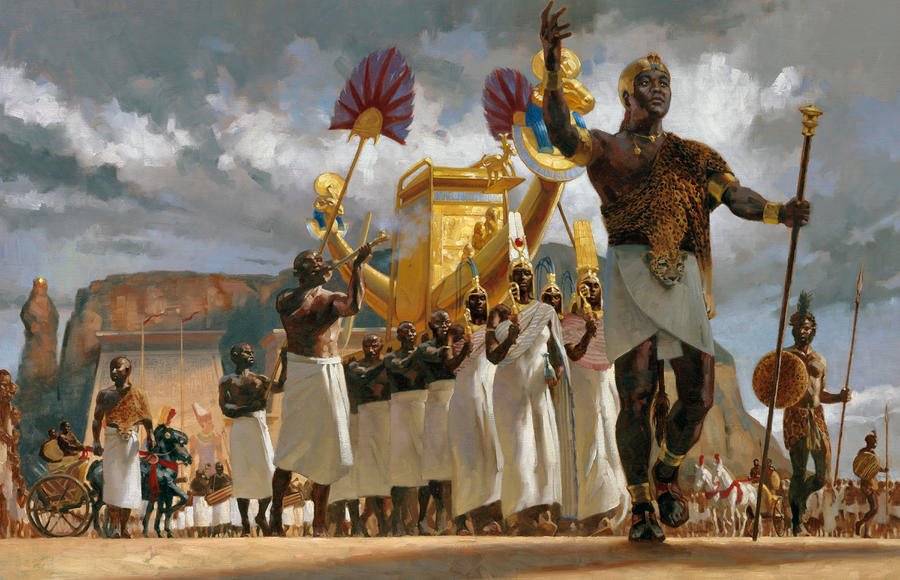 The king Taharqa who reigned 690–664 BC, built several Egyptian-style temples at Napata, and the city was so powerful that one day, it decided about the future of Egypt.

Napata remained the center of the Kingdom of Kush for another two generations, from the 650s to 590 BC. Its economy was essentially based on gold, with 26th dynasty Egypt an important economically ally.

Napatan architecture, paintings, writing script, and other artistic and cultural forms were in the Egyptian style. Egyptian burial customs were practiced, including the resurrection of pyramid building.

Kingdom Of Nubia: Pyramids And Priceless Secrets Of A Civilization Forgotten By History And Neglected By Archaeology

Taharqa – The Most Powerful Of The Black Pharaohs

The Napatan dynasty and their successors built the first pyramids the Nile Valley had seen since the Middle Kingdom. Also, several Egyptian gods were worshipped. The most important god was Amun, a Theban deity, his temple was the most important at Napata, located at the foot of Jebel Barkal.

The king Taharqa who reigned 690–664 BC, built several Egyptian-style temples at Napata, and the city was so powerful that one day, it decided about the future of Egypt.

After the Persian conquest of Egypt, Napata lost its economic influence. The Napatan region itself began to experience crisis leading to less cattle and agriculture.

A Persian raid had seriously affected Napata in 591 BC and finally, Napata was losing its role of economic capital to Meroë, which eventually became the capital of the kingdom of Kush, leading to the abandonment of Napata.

In 23 BC, the Roman prefect of Egypt invaded the kingdom after an initial attack by the queen of Meröe, destroying Napata to the ground.

Today only the ruins are left.