Ellen Lloyd - AncientPages.com - In ancient Egypt, pharaohs were considered to be both divine deities as well as mortal rulers. The ancient Egyptian empire lasted for thousands of years and over this period of time, there were at least 170 pharaohs in all. According to historical records, Menes was the first pharaoh of Egypt and Cleopatra VII was the last. 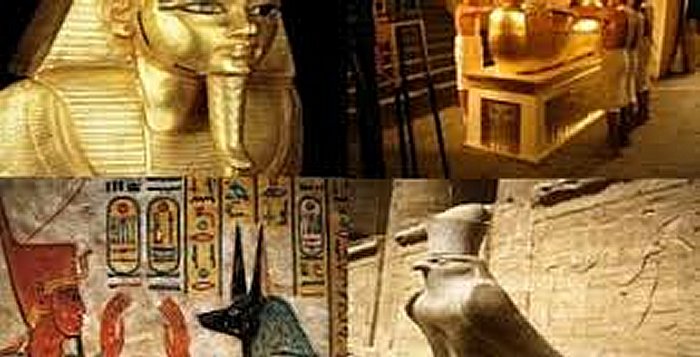 In this article, we have put together 10 fascinating facts about pharaohs. Some of the facts are well-known, but there are also a few that are quite surprising.

The term 'pharaoh' is the Greek form of the Egyptian 'pero' or 'per-a-a', which was the designation for the royal residence and means `Great House'. It was not used until about 1200 B.C. The early monarchs of Egypt were not known as pharaohs but as kings. It was first during the time of the New Kingdom and onwards the word pharaoh it was used to refer to the king himself.

2. Long And Hard Training Was Required To Become A Pharaoh

To become a pharaoh was by no means an easy task. It required a long period of hard training that started were very early in a prince’s life. Young children went through a series of lessons. Many of these lessons focused on building physical strength because the pharaoh often fought at the head of his army. Princes went to the royal stables where they learned how to ride and break wild horses. They also ran long foot races to build endurance and went on hunting and fishing expeditions. In time, a prince hoped to persuade a pharaoh to take him on as his ‘co-regent’. When a pharaoh died, control went to his co-regent.

3. Only A Pharaoh Was Allowed To Make Offerings To The Gods

The pharaohs were also the high priests and made daily offerings to the gods. Only the kings and priests were allowed to enter the temples which were believed to house the gods whose spirits resided in their statues.

4. Pharaohs Were Always Depicted With A Beard 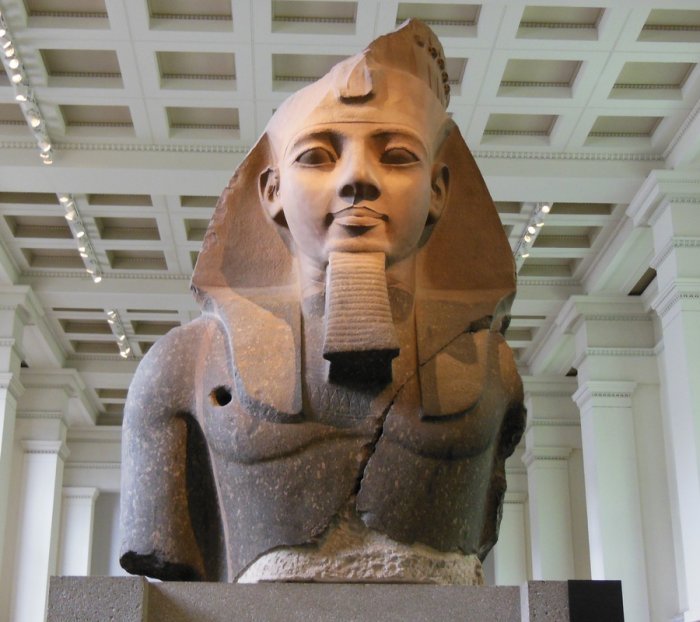 A pharaoh wore a false beard so he could feel closer to the gods.

Pharaohs always had a beard. In most cases, it was a false beard.  In real-life, most Egyptian men were clean-shaven, but pharaohs, even the female ones, wore fake beards. Usually, the beards were plaited like a big braid. It was believed that the beard let the pharaoh connect closer to the gods.

5. The Pharaoh Had The Greatest Power In Ancient Egypt

No-one was as powerful as the pharaoh in ancient Egypt. The pharaoh was completely in charge of law and order, trade and industry, and the taxation of the temple lands and private estates. The pharaoh was also the head of Egypt’s legal system. If an Egyptian felt he had been wronged, he could appeal directly to the pharaoh for justice.

6. The Pharaoh Wore A Nemes Crown 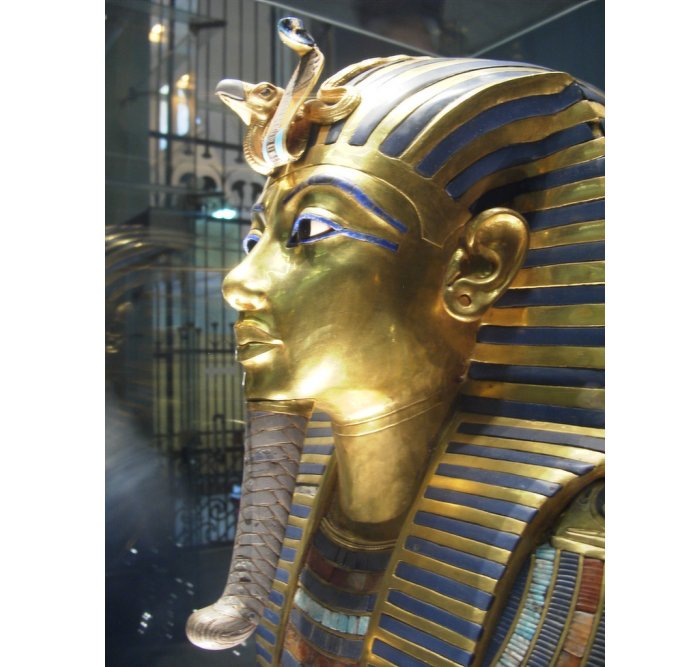 The cobra was a sign that meant the pharaoh was ready to strike at his enemies.

Egyptian pharaohs wore ceremonial clothes and several symbols indicating their power and position in Egyptian society. A Nemes crown was a striped head cloth that covered the entire back of the head and neck. On top of the Nemes crown was uraeus, an upright cobra.

The cobra was a sign that meant the pharaoh was ready to strike at his enemies with venom at any time. The uraeus is the symbol of the ancient Egyptian goddess Wadjet. Other important symbols used by the pharaohs were the crook and the flail. The crook shows that the pharaoh leads and protects his people. Moreover, the flail ia a tool that helps to separate grains from their husks so it symbolizes the pharaoh’s role as the provider of food for his people.

7. Pharaohs Were Always Depicted And Young And Handsome Even If They Were Old And Fat

It really didn’t matter if the pharaoh was fat or utterly ugly. He was always depicted as a young handsome man in ancient Egyptian art.

8. Pharaoh Was The Human Form Of Sky God Horus 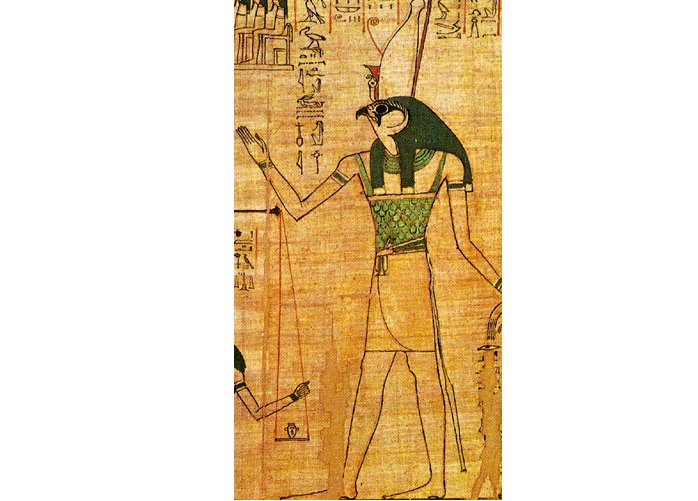 Ancient Egyptians believed that the pharaoh was the human form of sky Horus, and then when he died, the dead pharaoh was the human form of Osiris. More generally, Horus was a sky god, the son of the sun god, Ra. He was the god of war and the god of protection against evil. A lot of people carried good luck charms in the shape of the eye of Horus, to watch out for their safety.

Both male and female pharaohs wore makeup. They painted the eye area with black kohl from ground ores (metal-bearing mineral), not just for beauty but also to reduce light reflection. Aside from considering beauty as holiness, they needed to be comfortable under the northern Nile Valley’s bright sunshine. They also believed that by lining their eyes with kohl and creating an almond-shape, their eyes would resemble the eyes of the god Horus. As such, the resemblance would enable them to protect themselves against evil spirits and eye diseases. Pharaohs also darkened their eyebrows and eyelashes, and they preferred to apply green or blue eye shadow.

During all periods and dynasties, eye makeup was a daily prerequisite for both men and women.

10. Pharaohs Spent Their Reigns Preparing For Their Death 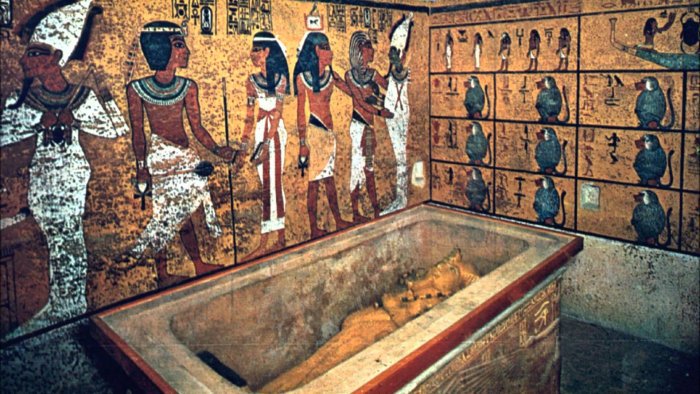 Tomb of a pharaoh

Afterlife was in many ways just as important as real-life to the pharaohs who spent their reigns preparing for their death.

Pharaohs built tombs to be the homes of their dead spirits so they could still live well even in the afterlife. The construction of their tombs or pyramids would begin as soon as they took the throne. Tomb of Pharaoh Seti I is the largest tomb in the Valley of the Kings.