Ellen Lloyd - AncientPages.com - In Norse mythology, there are many references to a creature known as Draugr. It can be best described as a fearsome, ugly living dead who would rise from the grave and make life miserable for people.

There is archaeological evidence that shows Vikings feared the draugr so much that they took the necessary precautions to prevent the draugr from returning back to the world of the living. 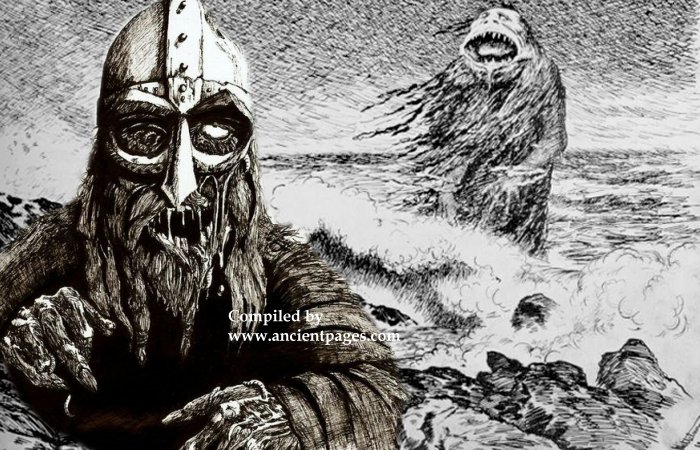 The draugr was by no means a stupid creature. On the contrary, it knew the secrets of the past and future and there were many reasons why Norse people dreaded the arrival of this horrible being.

What Was A Draugr?

The origin of the word ‘draugr’ isn’t entirely clear. Some scholars think it comes from the same root as dream or Traum, in modern German, but others suggest it can be traced to the Indo European dhreugh (harm, deceive). It’s also possible there is a strong connection between the Old Norse ‘draugr’ and the Old English ‘draco’. We can identify the draugr as a corporeal ghost that Norse people believed in.

A dragur was an animated corpse that unlike a ghost had a corporeal body with similar physical abilities as in life. In the Norse Sagas, the draugr (plural draugar) is mentioned on several occasions and descriptions of this fearsome creature vary. Also, we shouldn’t forget that there were different types of draugar.

It was often believed that the Draugar lived in graves and guarded treasures buried with them.

These beings could rise from the grave and increase their size at will. The size attributed to the draugr was a way of expressing the vast strength of the creature. The draugr was not an ignorant creature. It could exhibit supernatural powers and possessed knowledge of the past and future. In the Norse society, a female shaman known as Völva was attributed with the power to foretell future events. However, in Norse sagas, there are also stories describing how some draugar mastered prophetic visions as well.

People were afraid of the draugr because it displayed abnormal behavior, violent tendencies, and a hostile attitude towards humans.

In the sagas, there is not a single description of a bleeding draugr. One could find out whether a person had turned into a draugr or was still human by checking if blood came from a wound. To Norse people, a draugr was just like a living piece of wood.

This hideous being had lost human appearance, the capability to behave like humans and it lacked social abilities. Yet, it could move, talk, and even recite poems. Some draugar were also associated with the gift of speech and prophetic visions. Sometimes, draugar could come in large groups to attack a settlement, but not everyone draugr had an interest in terrorizing humans. Many of these creatures enjoyed staying in their burial mound.

Who Could Become A Draugr?

Like many other ancient civilizations, the Vikings did not consider death to be the end of a person’s existence. The concept of an afterlife played a major role in Norse society. Sometimes, the afterlife seemed more real than the real people lived in.

Norse scholars have identified two different sets of beliefs related to the fate of the dead. Either life continued in the halls of the gods, Valhalla or there was a continuation of life within the grave-mound. These two Norse afterlife beliefs are archaeologically supported.

A Viking warrior’s ultimate dream was to enter Valhalla, God Odin’s gigantic and majestic chamber of the fallen heroes – warriors and mighty chiefs – who died heroic deaths in battle. But not everyone could enter Valhalla.

When a deceased body was placed in a grave, the person was not really dead. The ‘dead’ body was believed to become animated with strange life and power and could turn into a draugr, also anyone who had been buried could do it, too.

Archaeologists have discovered runestones that mention the Draugr. For example, on the Karlevi Runestone that was placed on top of a burial mound, there is an inscription that says: “Danger! Ghosts!”

Dated to the late 10th century, the Karlevi Runestone is the oldest runestone on the island of Öland, Sweden. The belief in the existence of draugr is very old. To stop the draugr, large boulders were placed on graves, or sometimes directly on top of the corpse. In some Viking graves, archaeologists discovered that the dead person’s weapons had been made impossible to use. 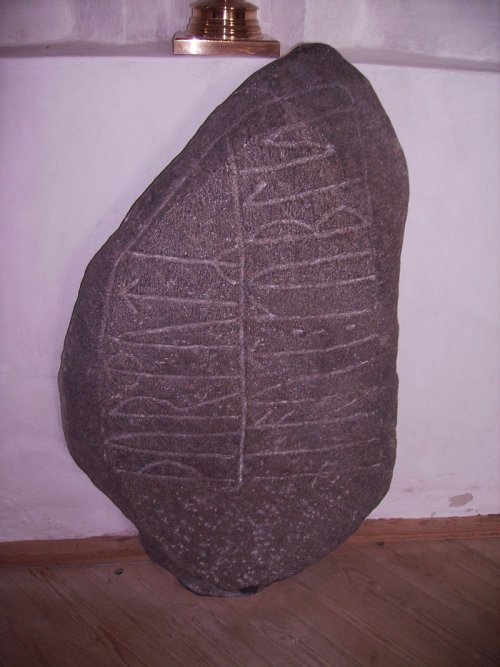 The Nørre Nærå Runestone is interpreted as having a "grave binding inscription" used to keep the deceased in its grave. Credit: Søren Møller

The Old Norse corpus mentions that cremation was the only way “to destroy a dangerous corpse”. By burning a body, one could be certain the deceased did not turn into a draugr. We have previously discussed complex ancient Viking funeral traditions and rituals.

Many relics in ancient tombs reveal that the type of burial a Viking received depended on his importance in society. When a Viking died he could either be buried or burned. Powerful Viking chiefs who received ship burial could never come back as a draugr and they were on their way to Valhalla, but Vikings buried in mounds risked turning into this horrible and feared creature.