A. Sutherland  - AncientPages.com - In Celtic and, especially in Irish mythology, Tir na n'Og is a realm of the afterlife and one of the Happy Islands, known mostly from legends.

It was the 'Land of the Forever Young' often identified as an underground realm or a mysterious land beneath the sea. 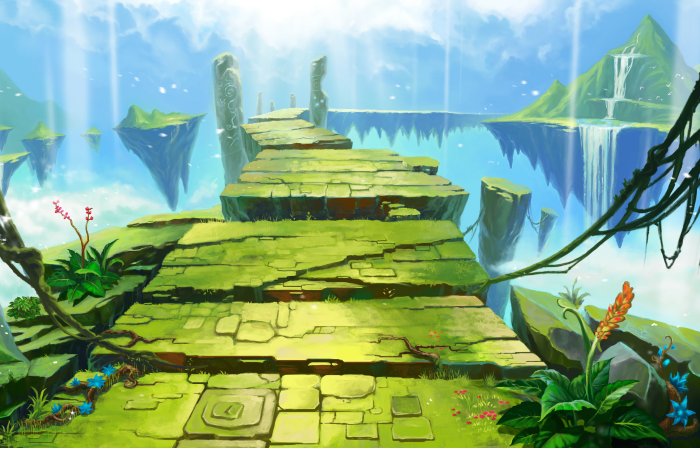 The inhabitants of this magical place would remain forever young and happy. Nobody wanted food or drink, and illness, ugliness, and death did not have access to Tir na n'Og.

As on other Happy Islands also on Tír na nÓg, the time flows slower than in the land of mortals.

Legend says that "one year on earth equals one minute in Tir na nÓg. It would explain how the beings of similar otherworlds in other ancient traditions could have an almost unimaginable life span.

On Tír na nÓg, takes place the suspension of the aging process for all who dwell there, and it's undoubtedly the most prominent quality of this realm of the afterlife.

In the early saga 'The Adventure of Nera' (Echtrae Nerai), about a warrior of Connacht in the Ulster Cycle, is written that: "it is within the world you have left, as an apple is within its skin, and all who die in your world come to this one. But within this world is another called the 'Land of Wonders', and those who die here, or who can wish to do so, go to the Land of Wonders.

Oisin's Visit In The Land Of Youth

In the 'Song of Oisín in the Land of Youth' (Laoi Oisín and Tir na nÓg), there was a wealth of riches, a never-ending spring, and great feasts always accompanied by wonderful music.

As we remember, a similar place was also the Elysian Fields in Greek beliefs, and Valhalla in Norse mythology was also a paradise-like place for warriors.

According to an enchanting ancient legend, the most famous human visitor to Tir na n'Og was the legendary Celtic poet and the greatest poet of Ireland, Oisin. Oisin (Ossian) was the son of Fionn Mac Cumhail, a legendary Irish hero, clairvoyant, and leader of Fianna warriors. 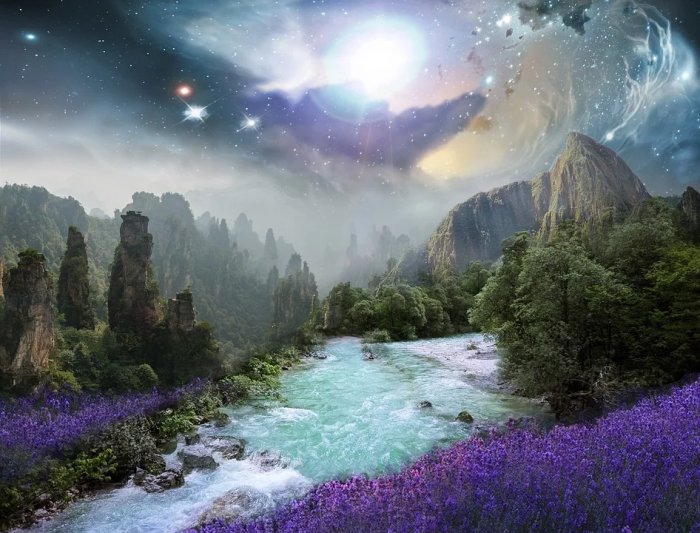 Occasionally mortal men were invited to Tir Nan Og, and Oisin (Ossian) was one of them.

In Scottish tradition, Oisin went into a síd or to Tír na nÓg ("the Land of Youth") where he met a pretty woman who said, "Will you not go with your mother?"

Then she opened a door in the rock, and Oisin remained with her for centuries, although it seemed only a week. But when he wished to return to the land of mortals, she told him that none of them was left.

In an Irish version, on the other hand, Oisin entered a cave and there saw a woman, also very beautiful (but not his mother). Her name was Niamh and she was the daughter of the King of Tir na nÓg. Oisin spent with her three hundred years there, although for a mortal Oisín this long time passed like just a few days.

He was happy in "the Land of Youth" but not entirely because he longed for home. Niamh gave him a white magical steed and warned not to dismount the animal, but on his way home, Oisin met men trying to lift a marble flagstone. They asked appealed to him for aid, and stooping from his horse, he raised the stone; but as he did so, his foot touched the ground, whereupon his horse vanished, and he found himself a worn, blind old man... " 1

Sidhe And Festival Of Samhain

The ancient Celtic festival of Samhain was celebrated 2,000 years ago in the areas now known as Ireland, the United Kingdom, and northern France. People, who lived in early medieval Ireland, believed that during the festival "the earth-bound spirits were briefly free to leave the sídhe ("mounds"). Otherwise, they lived underground in fairy mounds, or in an invisible world that coexists with the world of humans. In this understanding of cosmology, the sídhe are the entrance places to Tír na nÓg, but they also mean supernatural creatures in Scottish and Irish myths, similar to the fairies or elves, but quite different from humans.

In the Book of Invasion, this world is described as a parallel universe in which the sidhe walk amongst the living. Later, both the hills and the people inhabiting them became known as sídhe. Among many Celtic traditions, also in Scotland, there was an ancient belief originating from the Irish mythology of the Tuatha Dé Danann living in Tír na nÓg that was entered through prehistoric mounds. These Irish underground homes were the fairy sídhe.

Otherwise, hillsides and ancient burial mounds were associated with the "little people" dancing and living under them.