Ellen Lloyd  - AncientPages.com - Ancient Egypt is often depicted as an autonomous, stand-alone realm that remained untouched and unaffected by the African cultures surrounding it.

There is, however historical evidence that the balance of power shifted, where the cultures of Egypt and the rest of Africa met and mingled, prompting a revival and reinterpretation of Egyptian customs, gods, and cultural modes of expression. 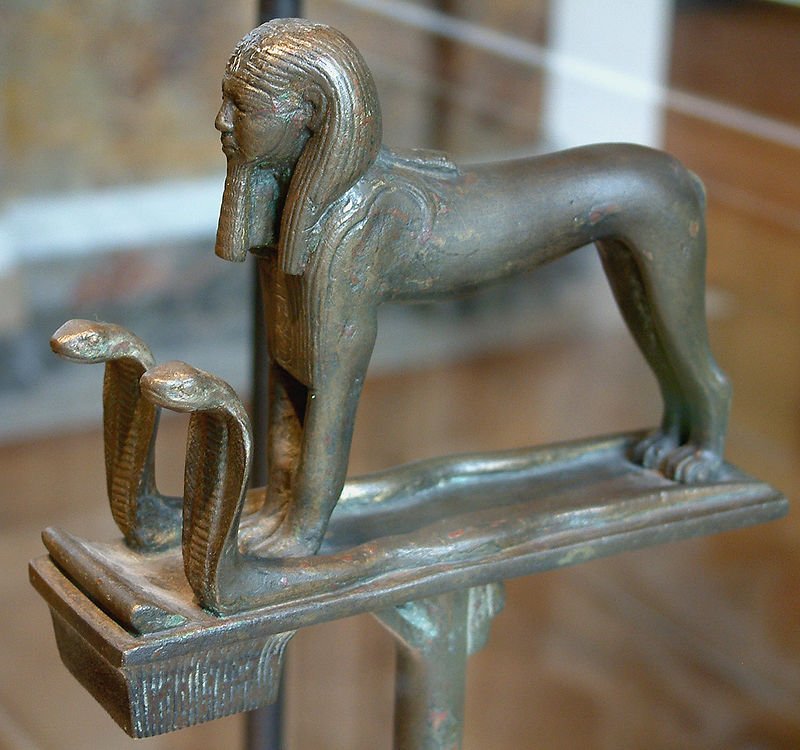 For more than 2,000 years, Egypt was the stronger player in the balance of power between itself and its neighboring kingdom to the south, Nubia.

Taharka was the most powerful of the black pharaohs

Taharqa was the son of Piye and the cousin and successor of Shebitku. He was the Nubian king of Napata and came from the Kushite tribe in Nubia (modern Sudan). He was a pharaoh of the Ancient Egyptian 25th dynasty and king of the Kingdom of Kush, located in Northern Sudan. He reigned between 690 and 664 BC. 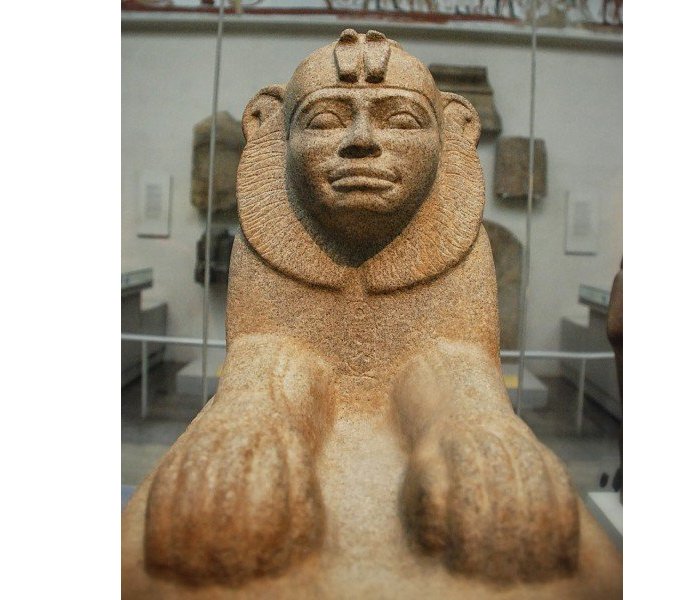 Taharqa, "The Black Pharaoh" focuses on a particular chapter in the history of Egypt: from around 750 BCE and in the century that followed, the Nubian rulers upset this balance, seizing the power of Egypt.

Taharqa - life and death of the pharaoh

When Shabaka conquered Lower Egypt and became Nubian king, he was accompanied by his nephew Taharqa, who was about age 20. Later, during Shabaka's reign as pharaoh, Egypt confronted the growing might of Assyria on the battlefield. 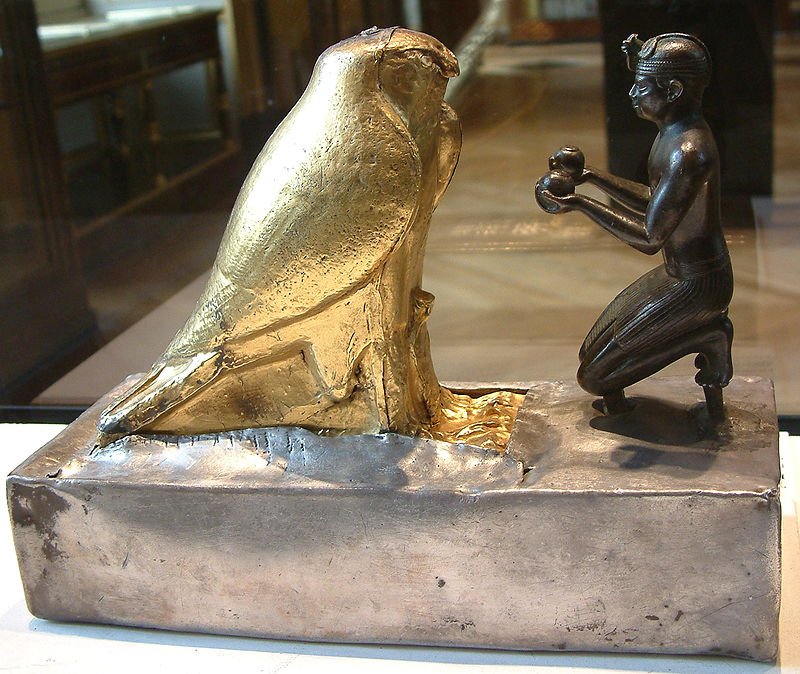 During this encounter, Taharqa was at the head of the Egyptian army. However, from a historical point of view, it remains unclear whether the two forces fought. Taharqa's brother Shabataka succeeded Shabaka, making Taharqa his coregent to ensure his succession. About 688 B.C., approximately 23 years after the Nubian rule had been imposed over Egypt, Taharqa assumed the throne in his own right.

The next few years were peaceful. Taharqa wanted to control and know about significant events in the neighboring Asian countries. He, therefore, decided to move his capital to Tanis in the Delta. 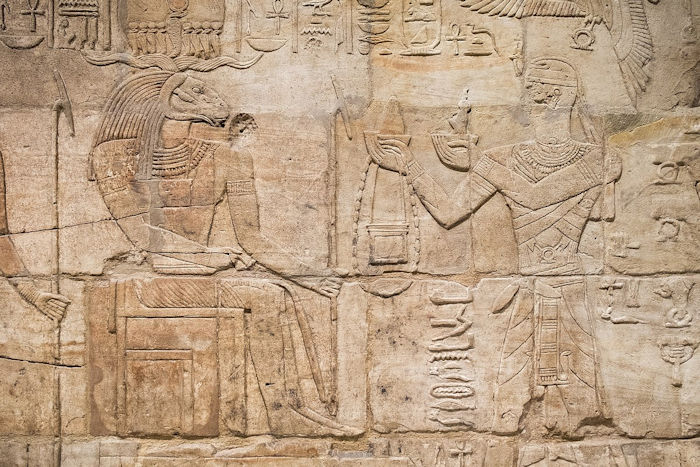 Pharaoh Taharqa and the gods of Thebes. Standing on the left, he offers "a white loaf" to his father Amun-Re, who is accompanied by Mut, Khonsu, and Montu, Kawa Temple. Credit: Anthony Huan - CC BY-SA 2.0

By 671 B.C. Egypt and Assyria again approached a confrontation, so Taharqa prepared to fight for the continued survival of Egypt. But the Assyrian king, Esarhaddon, crossed the Sinai Desert and defeated Taharqa's army on the frontier. In 2 weeks, he was besieging Memphis. The Egyptian military crumbled under the attack of the better-disciplined Assyrian army, armed with iron weapons.

This was his final defeat, and he never again tried to campaign in the north again. Egypt then entered into a long era of successive foreign rulers.

Taharqa was described by the Ancient Greek historian Strabo as having "Advanced as far as Europe" and (citing Megasthenes) even as far as the Pillars of Hercules in Spain.

Taharqa died in the city of Thebes in 664 BC and was succeeded by his appointed successor Tantamani, a son of Shabaka. Taharqa was buried at Nuri - North Sudan.

Evident archaeological traces of the Nubians in ancient Egypt

During his period of Egyptian rule, Taharqa encouraged many architectural projects. The same can be said bout his Nubian predecessors. He erected monuments at Karnak, Thebes, and Tanis in Lower Egypt and built several vital temples in Cush, as the Upper Egyptian Nubian state was then known.

Taharqa's large temple in Kawa was built on the orders of Taharqa and dedicated to the sun and fertility god Amun-Re. It was intended to give help Taharqa in ruling over his extensive kingdom.

It was abandoned in the 3rd Century AD and lay buried in sand until excavations in 1930.

Taharqa's shrine is the largest intact Egyptian building in this country.

Archaeologists excavating in Egypt have discovered temples with Nubian inscriptions and highly sophisticated Nubian artifacts inside tombs and palaces. Many archaeological finds were excavated in Meroë and Kawa in present-day Sudan. 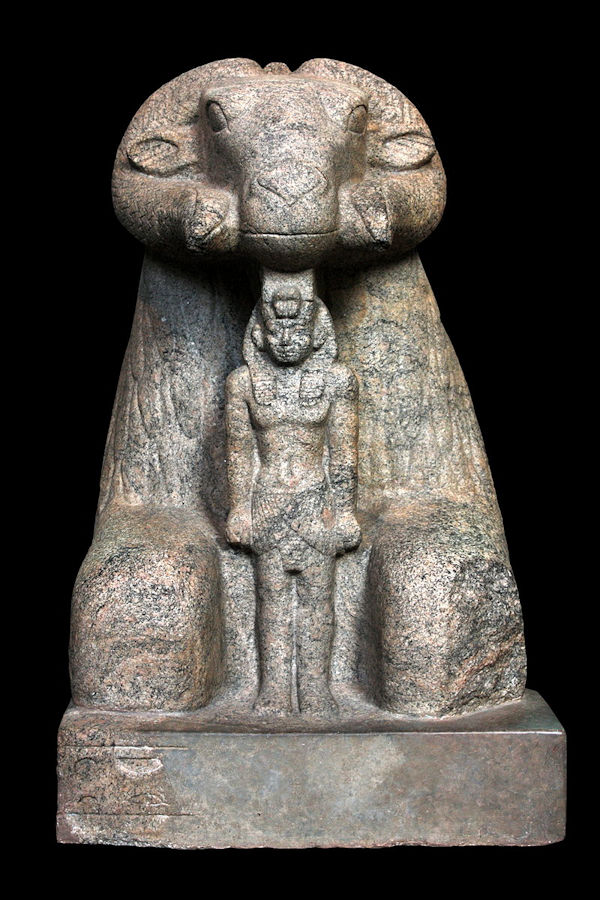 Archaeologists and historians have been working hard to preserve the ancient Nubian legacy. Two giant stelae, for example, that were completely smashed during transit from Sudan some hundred years ago have now been put back together.

The invading forces from the south appear almost more Egyptian than the Egyptians themselves. Pyramids are built, old traditions and gods are revived, and the new regime appropriates hieroglyphs and Egyptian iconography.

African roots of the Nubians are apparent in connection with their funerary customs and how their culture remained strongly influenced by Egypt even after they retreated back to Nubia.

These fascinating findings show that Egyptian and African traits and cultures fuse.