A. Sutherland - AncientPages.com - In Upper Egypt, Khonsu (the 'wanderer' or “he who comes and goes”) was part of the Theban Triad, where his father was the god Amon (Amun), and the mother was the goddess Mut.

In the Lower part of Egypt, he was believed to be the child of Ptah and Sekhmet. 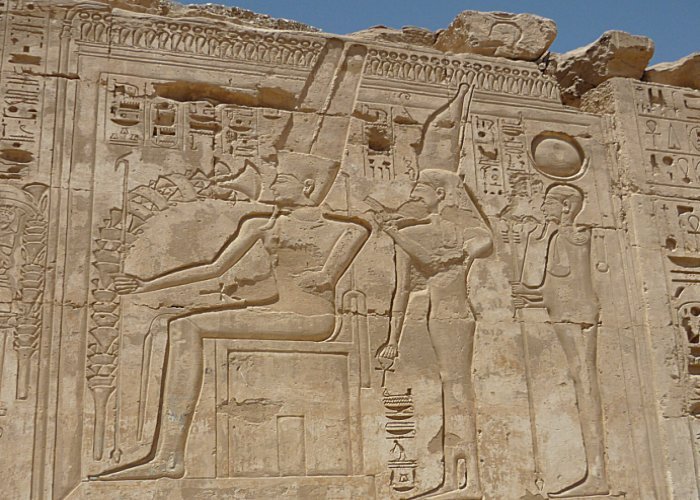 The Theban Triad is depicted at Medinet Habu. From left to right: Amun, Mut and Khonsu. Source

Appearance And Many Attributes Of Khonsu

In human form, Khonsu is usually portrayed as a youth wrapped in mummy bandages. As a divine child of Mut and Amun, his head is often decorated with the side-lock (symbol of childhood). In his hands, he holds a flail and a crook (associated with Horus and Osiris) and a waas-sceptre.

Similar to Ptah, he wears a menat-necklace and is known to wear his lunar symbol in the form of the lunar disk placed in a crescent new moon upon his head. These attributes indicate he is a lunar deity and as such, Khonsu has only one rival - the god Thoth, a lunar god worshipped in the form of an ibis or a baboon.

As the god of the moon, Khonsu takes over many of Thoth's attributes and helps him reckon time.

Later, during the New Kingdom (c. 1570 - c.1069 BC) he was also an important god of healing and a national deity. As the deity representing the cyclical nature of the moon, he was connected with the inception of pregnancy, fertility and childbirth. Generally, he plays an important role in the creation of new life in all living creatures.

‘Pathfinder’ And ‘Protector’ That Guards Travelers

Some titles were frequently attributed to him, such as "Khonsu, the decider of the life span", "Khonsu the Provider", "Khonsu the Child". Khonsu is sometimes associated with the 'dark side of the moon'.

In Egyptian beliefs, as the god of the moon, Khonsu was a "Pathfinder" and "Protector" that guards travelers by protecting them against wild animals. He gives the brightness at night and thus, makes traveling easier and safer.

Khonsu Was A Long-Lasting Healer 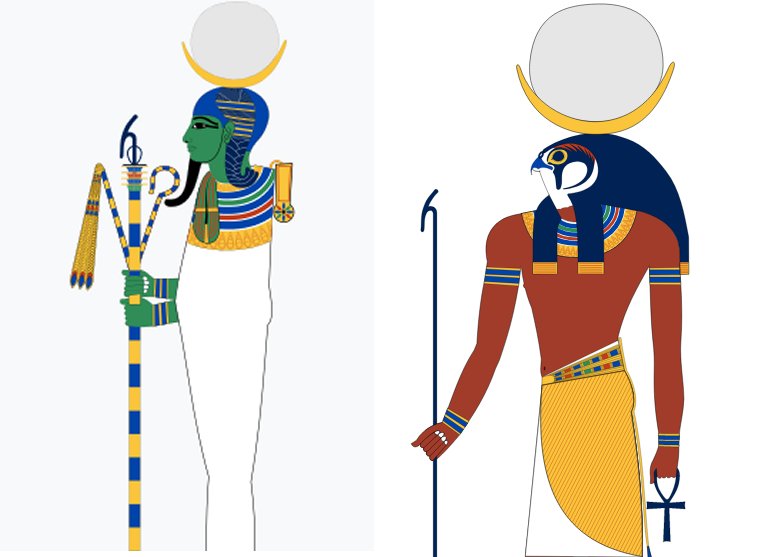 It helped somehow and the ruler was cured, and from this on he called himself ‘Beloved of Khonsu who protects His Majesty and drives away evil spirits’. Khonsu's fame as a healing deity is recorded on a stele discovered in his temple and now is in the Louvre Museum in Paris.

Khonsu And The Apocrypha Of The Old Testament

Khonsu And His Darker Side

In the "Cannibal hymn" of the Pyramid Texts, Khonsu is described as a bloodthirsty and cruel figure. He assists the deceased ruler in catching, killing, and eating other lesser gods, to get the necessary strength. In the Coffin Texts, he is “Khonsu who lives on hearts" that most probably refers to his connection with the afterlife.

Later in the New Kingdom, his nature changes much, and is worshiped as the son of Amun and Mut, who protects fertility, childbirth, and pregnancy.

Khonsu had his main temple in Karnak and he was honored during the feast of Opet, an ancient Egyptian festival celebrated annually in Thebes and dedicated to the Theban Triad (Amun, Mut, and their child, Khonsu). His Karnak temple was constructed during the 20th Dynasty (12th -11th century BC). 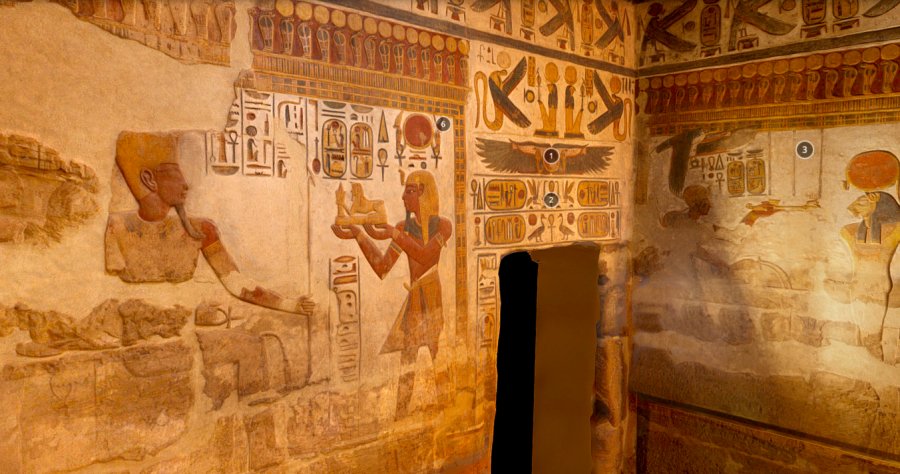 His temple is still well-preserved and its walls are covered with a text describing Khonsu as the great snake that fertilizes the cosmic egg. The god had other cult sites, located in Memphis, Hibis, and Edfu, and some other smaller temples dedicated to him were built across Egypt.

Bard A. K. Encyclopedia of the Archaeology of Ancient Egypt

Parker B. The Serpent The Eagle The Lion & The Disk