A. Sutherland - AncientPages.com - About 3000 years ago, a mysterious people called the Etruscans, settled in a region of Central Italy was known as Etruria.

Despite that these ancient people were much closer to us in time, they were even more enigmatic and inaccessible than other ancient cultures such as Crete, Mesopotamia, or Mycenae, and we have still much to learn about them. 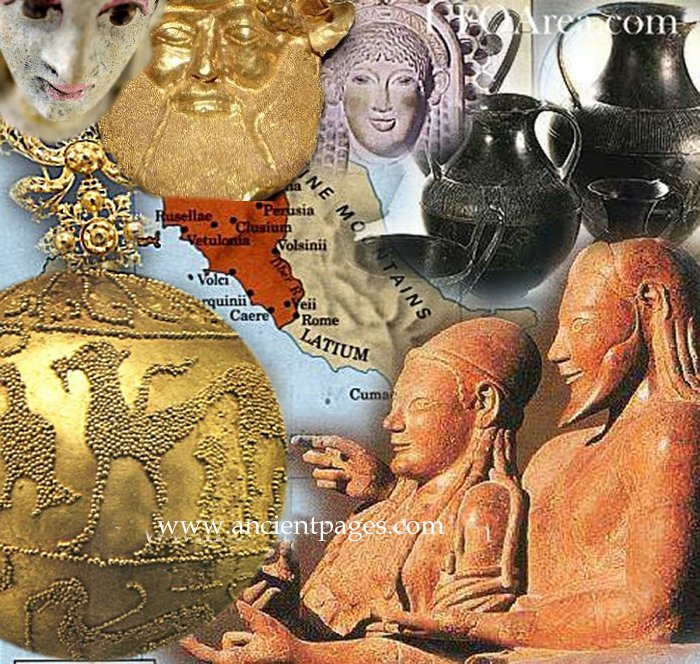 Etruscans – one of the most enigmatic civilizations in Europe.

The mysterious, seafaring Etruscan civilization ruled the region of the Mediterranean before the rise of Rome.

Scholars have recorded some thirteen thousand Etruscan inscriptions; the phonetic sounds of the Greek alphabet are known so it is possible to  reconstruct what the Etruscan language sounded like. The Etruscan language has been deciphered, but most Etruscan texts remain obscure. The language of the Etruscans bears very little relation to other known languages and extensive  texts are rare.

The origin of this ancient civilization are lost in prehistory.

According to Livy, (Titus Livius, 59 BC – AD 17), the Etruscans had a rich literature but almost all of it disappeared.

A few generations before Livy’s time, young Romans studied the Etruscan literature as meticulously as they later did the Greek, but except for brief inscriptions on tombs, mirrors, or pottery, none of this work has survived.

So, all we know about the Etruscans comes mainly from Greek and Roman sources. 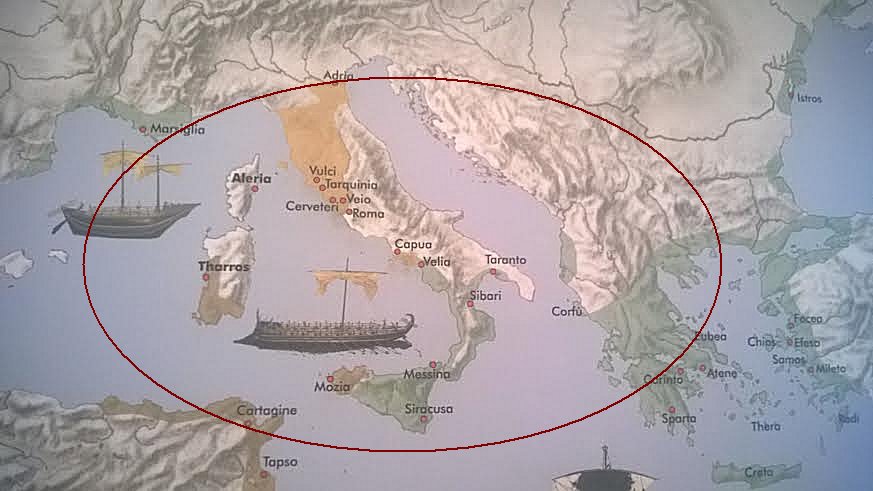 Many scholars believe that Greeks had little influence on the earliest development of the Etruscan civilization. Later, the Etruscans widely adapted the Greek culture to their own.

The Greeks called their land "Hesperia" and the Etruscans were called "Tyrrhenians" probably after Tyrrhenus, fifth in descent from god Zeus and one of the founders of the Etruscan Federation of twelve cities.

Ancient Etruria lay on the western side of Italy, between the Apennines and the Tyrrhenian Sea.

It extended from the land about the Arno River in the north to the Tiber River in the south, and included modern Tuscany, which takes its name from the Etruscans. At one period, the Etruscans controlled Campania and the basin of the Po River and had reached the northern Adriatic. 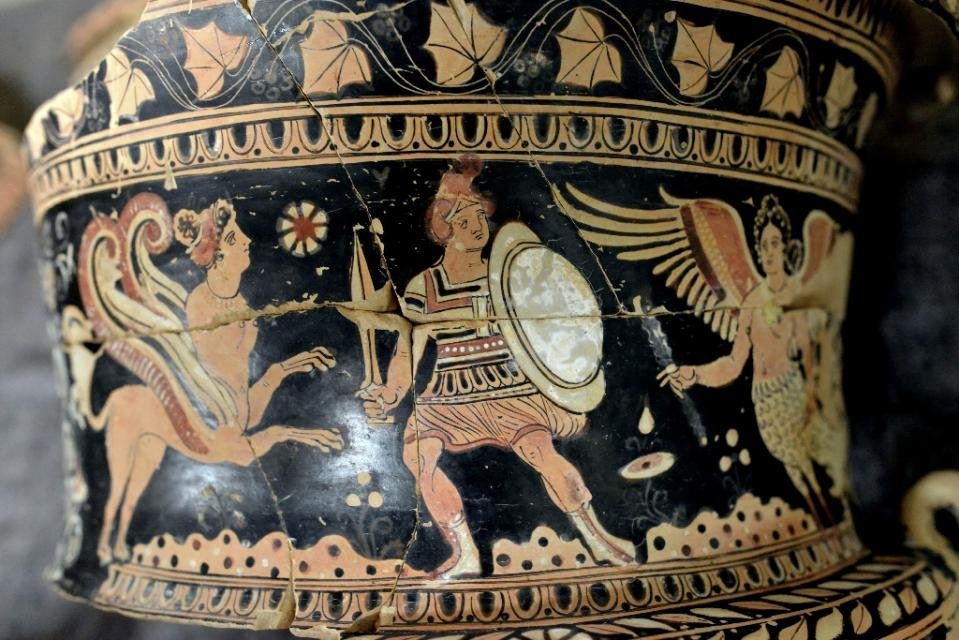 Speculations regarding their origin have never ceased. Some scholars speculated they came from the Danube, others proposed the region of North of the Alps.

Herodotus, claimed their arrival from Lydia, modern Anatolia in Asia Minor, but in fact the Etruscans did not speak Lydian, worship Lydian gods or follow Lydian laws.

Many of the most famous cities in Italy were originally Etruscan. Among them, there are Pisa, Arezzo, Cortona, Siena, Volterra, Orvieto, Perugia, Assisi, and others (Rome itself was once an Etruscan center, and the islands of Elba and Corsica were also Etruscan.)

Etruscans dominated much of Italy for several centuries. Known for their art, agriculture, fine metalworking and commerce, the civilization began to decline during the fifth century BC as the Romans grew in power.

But there were other towns, either deserted or forgotten in the decline of Etruscan culture, such as Veii, Tarquinia, Cerveteri, and Chiusi where archeologists have found rich remains.

As scientists have not been able to study their language, they have always had to rely on the archeological excavations of their cities and numerous cemeteries. These archaeological sites, unfortunately, suffered more than two hundred-year-long plundering, before professional archaeologists could apply indispensable skills to excavations.

Tages: Etruscan Prophet Who Revealed Sacred Knowledge Before He Vanished

Scholars have long analyzed ancient records and tried to decipher the Etruscan inscriptions. Especially, by the end of the century, there were unearthed many Etruscan remains such as stone statues, painted and figured pottery, gold vessels along with a variety of dometic equipment in the form of candelabra, lamps, beautiful engraved mirrors, terracotta and bronze objects.

Many priceless bracelets, pendants, fibulae, rings, and other jewelry were also found. Many items showed Greek and Roman influence, however, they definitely were not of Roman or Greek origin. They had once belonged to the enigmatic and rather unknown civilization of people known as the Etruscans. 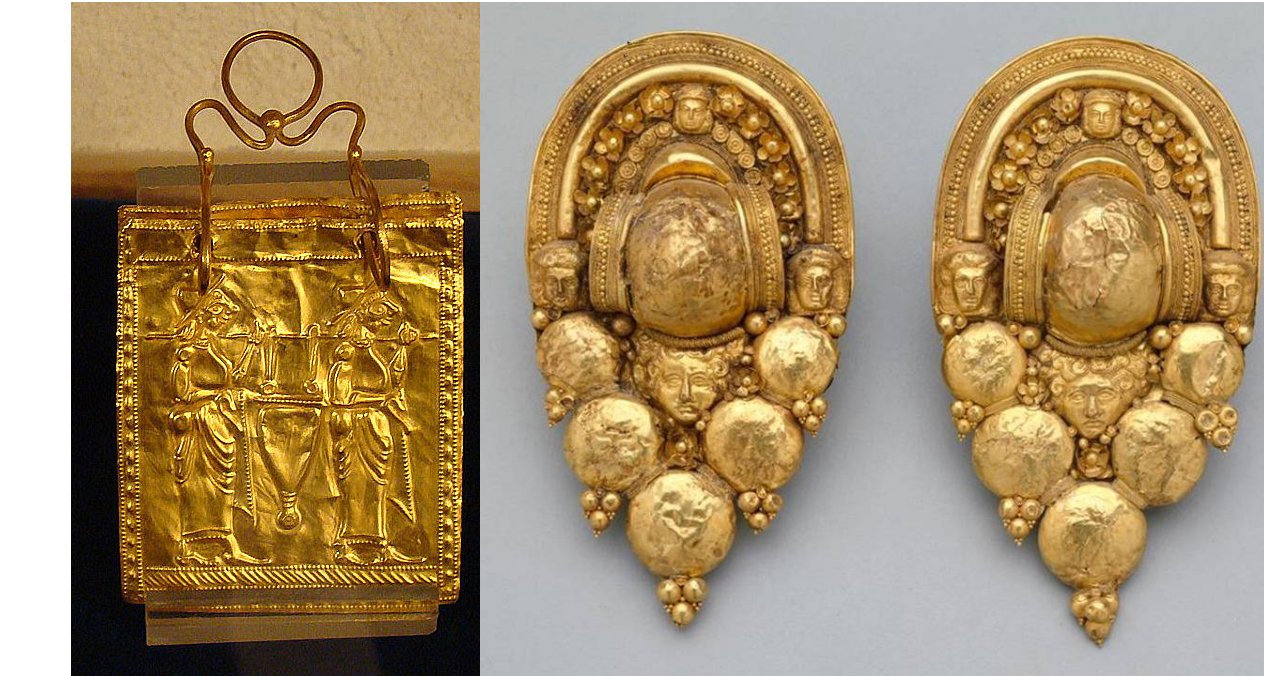 Left: Etruscan Gold Book, dating to 600 BC; Right: Many incredible grave goods have been discovered in Etruscan tombs.

Discovered tomb paintings shed light on life of the Etruscans, showing, for example, that women were given an honored place in the society. They are depicted as banqueting with male guests and being embraced by their husbands. Also funerary inscriptions have revealed many names of the female and the male ancestors of the deceased.

Etruria was rich and the main source of this wealth were important minerals concentrated in the vicinity of the Metalliferous Hills  ('Colline Metallifere') with plenty of copper, iron, zinc and tin. In exchange for these crucial minerals, the Etruscans could import ivory, silver and gold, which they appreciated so much.

The civilization flourished until the end of the second century B.C., when they were fully subsumed into Roman culture. There is still much to learn about the mysterious people - the Etruscans, but especially, one fascinating debate regarding the Etruscans – still continues.

There are scholars who believe that the Etruscans were the descendants of an oriental group of people who settled in western Italy after 1000 BC. Meanwhile, others suggest that they were rather an indigenous race, whose culture and traditions developed in Italy from the beginning, and were only subjected to influences from the east.