AncientPages.com - The mysterious 1,700-year-old “salt” mummy with long white hair is one died of natural causes inside a mine. He is very well-preserved and he met a tragic end and today we can only speculate about what happened to him.

Archaeologists have so far discovered 6 well-preserved in the salt mines Chehrabad that is located about 340 km from the capital city of Tehran, Iran. 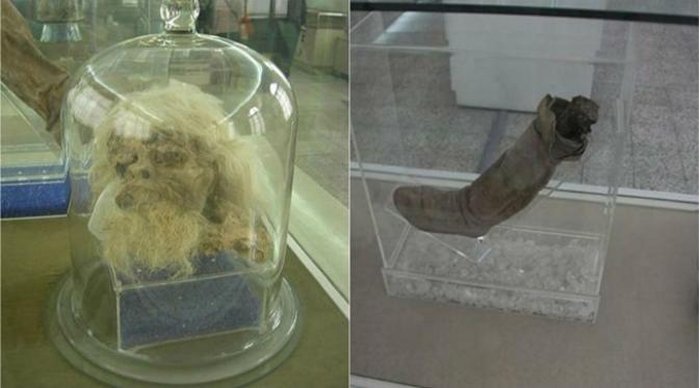 The first “salt” mummy was discovered in 1994 along with some ancient artifacts such as iron blades and gold earrings.

The salt mummy is easily recognizable because of his long hair and a white beard. The man allegedly lived 1,700 years ago, at the time of the Government Tsani and died at the age between 35 and 40 years.

His head is today on display at the National Museum of Iran, Tehran. Some years later, in 2004 scientists came across more human remains in the mine. More ancient mummies were discovered in 2005, 2006 and 2007.

How these people died remains a mystery, but they died most likely due to an accident that happened in the mine.

Numerous studies have been conducted on the “salt” mummies and scientists hope these ancient human remains will help them learn more about ancient mining that took place in the region. 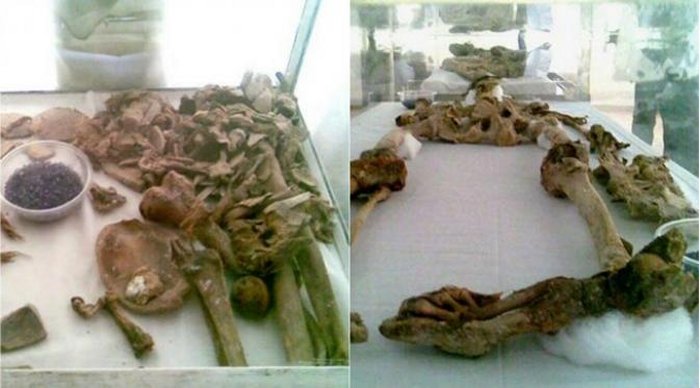 The identity of the deceased is also a mystery and we do not know if they were locals or foreigners who were brought to work in the salt mines.

Based on the artifacts discovered in the mine and the study of layers of salt, researchers think the mine was operating during three different time epochs and the mining practices were organized differently every time. 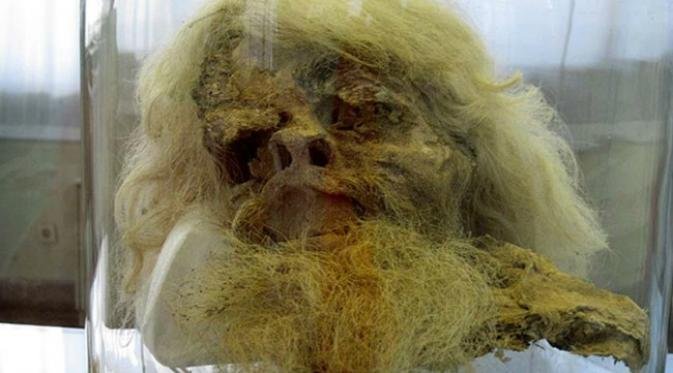 Scientists may not be able to study the “salt” mummy for much longer though. Some years ago, there was crack in the plexiglas box in which the mummy head is being kept. As a result of this, bacteria and insects entered the box and started to consume the remains.

Fortunately, the crack was discovered on time and a number of measures were carried out to prevent further damage, but how long the mummy will remain preserved is unknown.