A. Sutherland – AncientPages.com - Prominent figure in Egyptian mythology is represented by Anubis, one of the immortal gods in ancient Egyptian beliefs.

As a psychopomp, Anubis was responsible for escorting newly deceased souls from Earth to the afterlife, and in the underworld, he was the protector of the dead bodies. 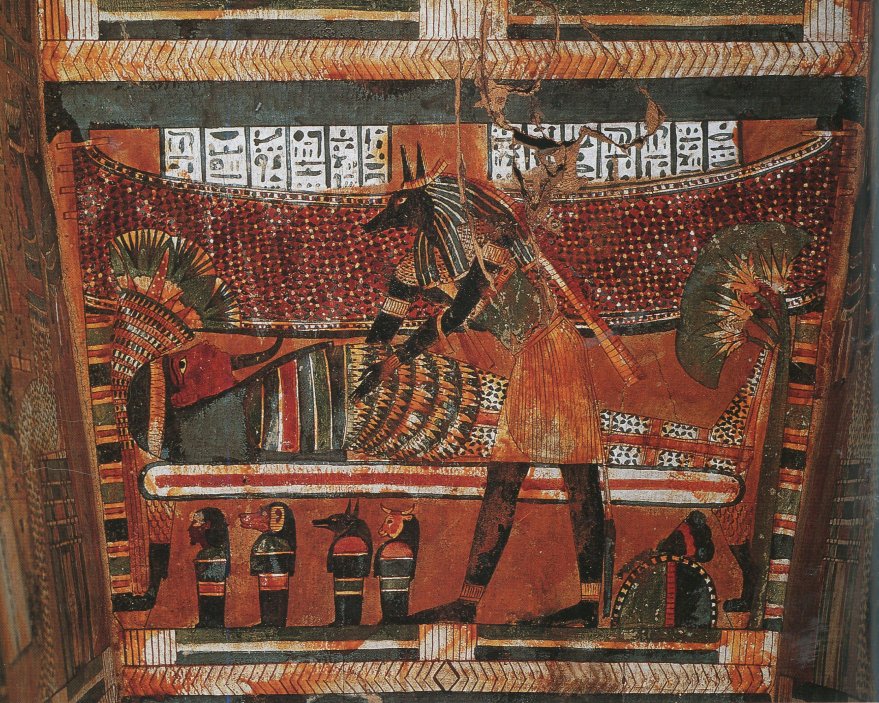 One of the roles of Anubis was as the "Guardian of the Scales." In the Book of the Dead, Anubis participates in the ceremony of the Weighing of the Heart. He performs a measurement that determined whether the person was worthy of entering Duat (the realm of the dead).

It appears that originally (c. 3100 – c. 2890 BC), Anubis (also referred to as Yinepu and Anpu) was concerned with the burial and afterlife of the king, according to the Pyramid Texts.

Later, his role was extended to include all the dead. Eventually, the cult of Anubis was assimilated to that of Osiris, who was said to be his father and the underworld god. By wrapping Osiris’ body, Anubis confirmed his role in mummification to the worship of Osiris. Thus, he became known as the patron god embalmers. 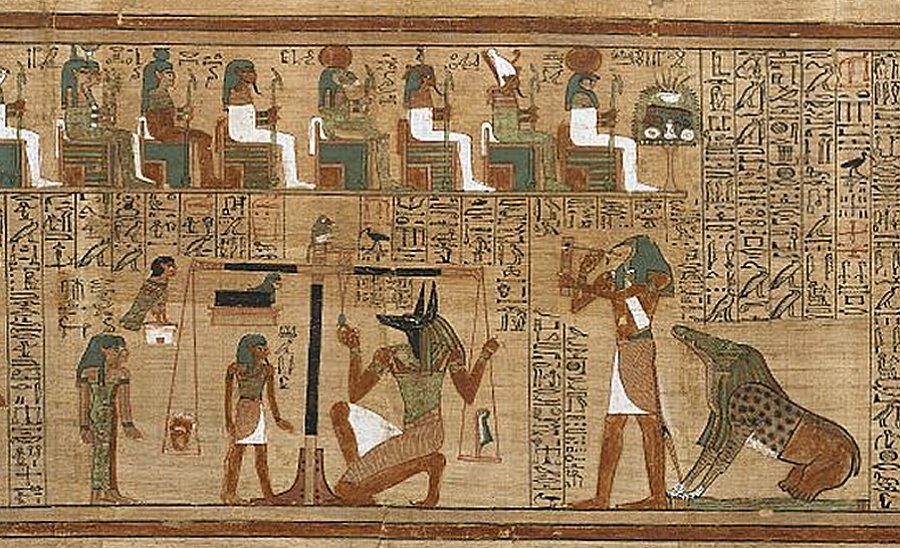 The heart of the scribe Ani is weighed in the balance of judgment by Anubis. If the heart did not balance against the feather of Maat (truth and justice) it would be swallowed by the monstrous Devourer and its owner's existence would end. Book of the Dead of Ani, c. 1275 BC. Image credit: British Museum

In the Coffin Texts, a collection of ancient Egyptian funerary spells written on coffins in the First Intermediate Period (ca. 2181–2055 BC), Anubis is the son of the cow goddess Hesat, but also the son of Bastet.

Another story says, he was the son of Seth, a god of chaos, violence, deserts, storms, and foreigners in ancient Egyptian religion, or Re and Nephtys, a protective goddess of the dead; she was the daughter of Geb (god of the earth) and Nut.

There are many stories about Anubis’ parents as there are several epithets and titles that were given to him. His symbols were mainly a jackal, embalming equipment, flail, ox-hide hanging from a pole, and flags. His cult center was in the Egyptian city of Hairdai (the Greek name for Cynopolis, "city of the dog").

As the leader of the dead, Anubis had an epithet: ‘Foremost of the westerners’. The deceased was ‘westerners’, because most of the cemeteries of ancient Egypt were located on the western bank of the Nile. 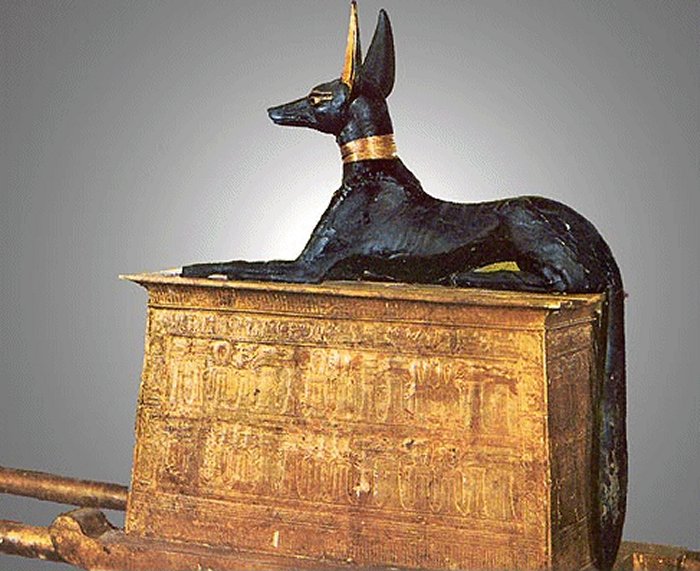 Anubis seated upon a gilded model shrine found in the tomb of Tutankhamun. Statue of the dog and the jackal as well; it may represent a hybrid of the two animals. Image credit: Cairo Museum

His widely known epithet the ‘Lord of the sacred land’ or ‘Lord of the pure land’ emphasized his supreme power over desert areas covered with necropolises. Also his title ‘He who is upon his sacred mountain’ relates to the jackal god watching over the burials of the dead from the heights of the desert cliffs.

In the Pyramid Texts, there is a reference to ‘the Jackal, the Governor of the Bows’, more exactly, nine bows – nine figures depicted as literal bows, probably representing captives – the enemies of Egypt.

There was a motif used in the seal, which was placed upon the entrances to the royal tombs of the Valley of the Kings in the New Kingdom and which showed Anubis crouching above the nine bows, symbolizing his control of evildoers who might endanger the burial.

‘He who is in the place of embalming" (imy-ut), refers to Anubis’ role in the embalming process and he is also ‘Master of the Per Wabet’, the pavilion or special ritual tent, where embalming was carried out.

During the Greco-Roman Period (332 BC-395 AD), Anubis became a cosmic deity ruling over the sky and earth and possessing ancient secret knowledge; in this role, he was the bringer of light to humans. In his mortuary role, on the other hand, Anubis remained associated with Hekate, the Greek goddess of magic, witchcraft, the night, moon, ghosts, and necromancy.

Ancient depictions of Anubis have widely varied; there is evidence that the worship of this god was continued in Rome through at least the 2nd century.