Ellen Lloyd - AncientPages.com - Several Norse runes mention a group of unknown warriors named Kylfings. According to scholars the Kylfings may have been members of the Varangian Guard, but who these people and were they came from remains a historical mystery.

The Kylfings were present in Northern Europe during the Viking Age, from the late ninth century to the early twelfth century.

They are mentioned on the Norse runestones, sagas, poems, Byzantine records and Rus' law-codes. The Kylfings obviously played an important role in many countries important but tracing these peoples’ history has proven to be difficult.

To begin with, we don’t even know whether the term Kyfling refers to a particular tribe or is rather a name of socio-political, or economic group. Some scholars have suggested that word kylfing was probably derived from Old Norwegian kylfa 'club' and it therefore means 'man with a club'.

However, whether the Kylings were ethnically Finnic or Norse is still a debated. They could have originated from Denmark, Sweden or the Eastern Baltic.

The Kylfings And Their Battle Against Viking Chief Harald Fairhair

According to the Sagas, the Kylfings opposed the consolidation of Norway under the Viking chief Harald Fairhair.

The Kylfings participated in the great naval Battle of Hafrsfjord that took place sometimes between 872 and 900. When Harald Fairhair won the battle, the Kyflings started raids in Northern Norway and fought against King Harald Fairhair’s warriors. The monument Sverd I Fjell – Swords In Rock, located just outside of Stavanger, Norway commemorates the Battle of Hafrsfjord. 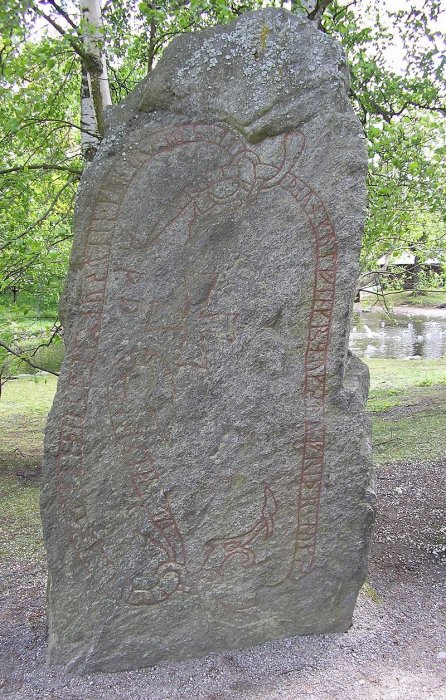 Egil's Saga reveals that Kylfings were trading and plundering in Finnmark around the year 900. Thorolf Kveldulfsson, King Harald's tax agent in northern Norway, engaged Sami scouts to monitor the Kylfings' movements and report back to him. When Thorolf Kveldulfsson encountered the Kyflings, he killed all of them.

“Far and wide about Finmark did he travel; but when he reached the fells eastward, he heard that the Kylfings were come from the east, and were there for trading with the Finns but in some places for plunder also. Thorolf set Finns to spy out the movements of the Kylfings, and he followed after to search for them, and came upon thirty men in one den, all of whom he slew, letting none escape.” (Egil's Saga, Chapter: Thorolf in Finmark)

Kyflings And The Varangian Guard

Historians have found evidence that the Kylings were also mentioned in connection with the Varangian Guard. The Varangian Guard represented the elite heavy infantry regiment of the Roman (‘Byzantine’) Empire from AD 988 AD to around 1404 AD.  and consisted of professional Viking warriors who successfully conquered territories. 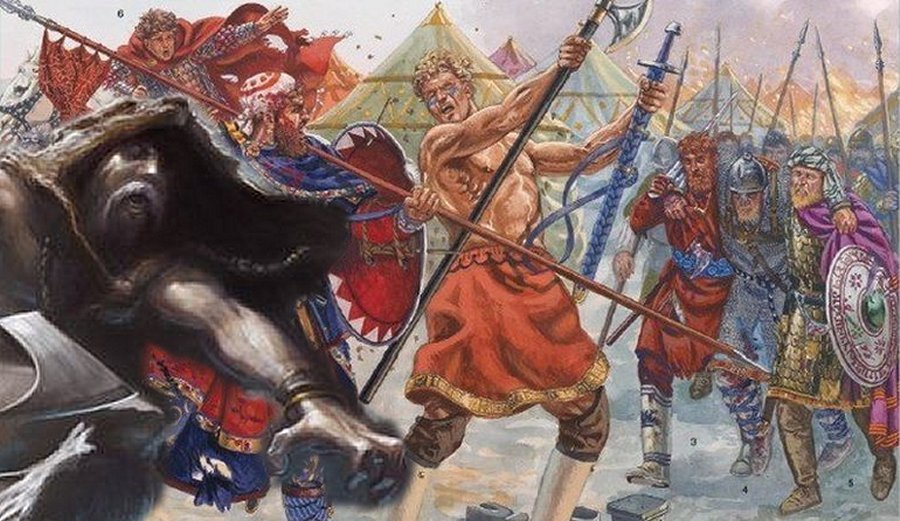 Roman Empire was in need of berserker warriors and hired them among northern mercenaries. Read more

However, whether the Kyflings actually served as a unit of the Byzantine army has not been historically proven.

Who these unknown warriors were, and where they came from is still a controversial subject. It has been proposed they were a Finnic tribe or West Slavic people, but many have also suggested the Kylfings were a East Scandinavian, possibly Swedish tribe or they originated from eastern Baltic and northern Russia.