A. Sutherland - AncientPages.com - Unquestionably, Osiris was one of the most important deities in ancient Egypt. Osiris was a god of death, resurrection and fertility. Both his exact origin and the meaning of his name remain enigmatic. Also direct association of Osiris with agriculture and fertility is believed to have occurred later. 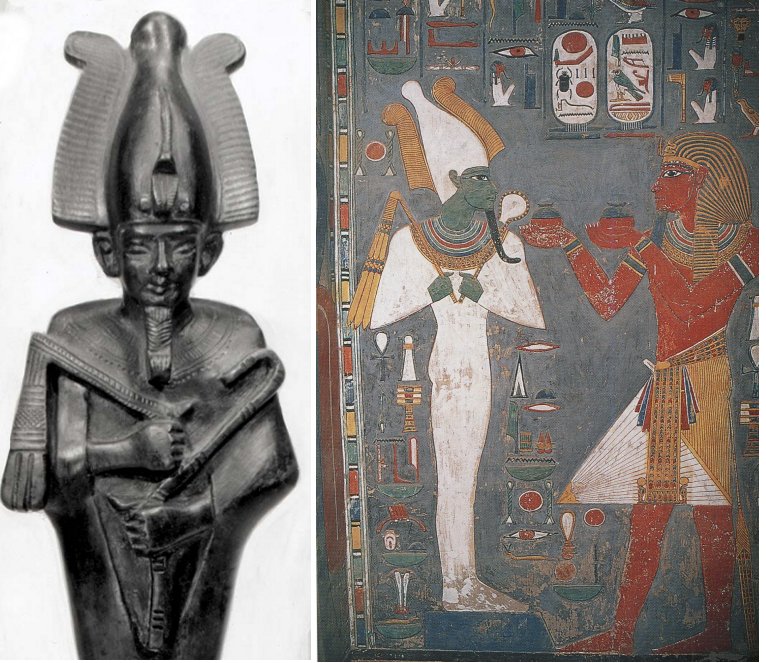 According to the “Pyramid Texts”, Osiris was one of the three most important and frequently mentioned deities, along with Horus and Re.

There are many versions of Osiris’ myth.  Our main authority for the legend of Osiris is Plutarch of Chaeronea who was the most influential ancient philosopher and his work "De Iside et Osiride" (“Concerning Isis and Osiris”). However, the whole story is not to be found in Egyptian texts, though these confirm the accounts given by the Greek writers.

In Plutarch story of Osiris and Isis it is claimed that Osiris, once ruled Egypt until he was murdered by his jealous brother Seth who wanted Osiris‘ throne. The body of Osiris was dismembered and scattered across the land but Isis and her sister Nephthys (also Seth’s wife) found Osiris. Isis briefly brought Osiris back to life for a short period of time, so he could help her to be pregnant. Thus Horus, Osiris’ son and rightful heir was born. Osiris became the god of underworld. 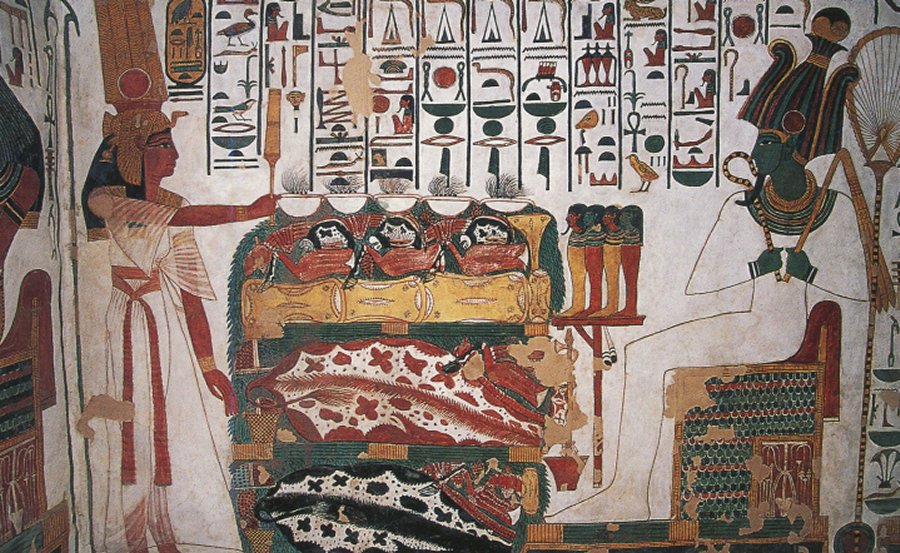 Nefertari (wife of King Ramses II) before the throne of Osiris "Wennefer" ruler of eternity". Diminutive figures of the four sons of Horus (or Osiris). Nefertari stands before the seated god. 19th dynasty. Tomb of Nefertari, Valley of the Queens, western Thebes.

Osiris and other gods

Osiris was associated with the god Andjety of Busiris, an earthly ruler who was resurrected and interestingly, his insignia were the same as those used by Osiris. He also took the title"foremost of the westerners" from the ancient jackal  god Khenty-imentiu of Abydos and from Anubis, he took the title "he who is the god's tent". Osiris was also identified with Soker, an ancient Memphite god of the dead.

The “ba” (or soul) of Osiris was believed to reside in the sacred ram Ba-neb-djedet, an ancient Egyptian god of Lower Egypt worshiped at Mendes and the Apis bull, (usually associated with god Ptah) was later a manifestation of Osiris and so it continued.

The god Osiris became more and more important figure in the Egyptian pantheon. Various titles, which were applied to him, largely contributed to his greatness. He became almost as powerful as that of god Re. Re was lord of heavens and Osiris was lord of the underworld. 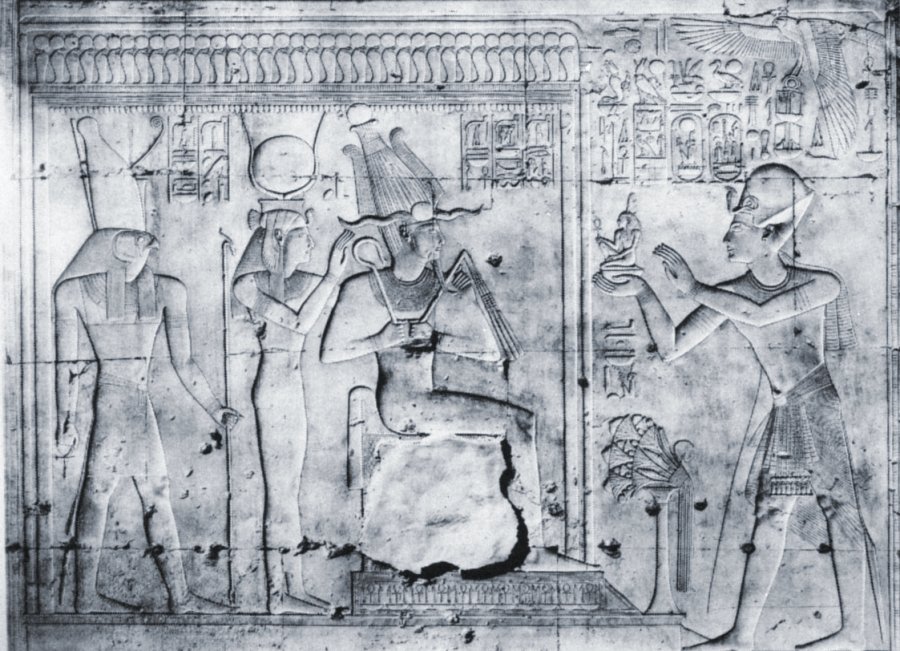 Gradually the cult of Osiris spread throughout Egypt and the god’s personality assimilated other deities and their attributes.

When Ptolemy I Soter, Macedonian general of Alexander the Great became ruler of Egypt (323–285 BC) and founder of the Ptolemaic dynasty, he introduced the hybrid, Serapis.

Clement of Alexandria, (c. 150 – c. 215), a Christian theologian who taught at the Catechetical School of Alexandria believed that Serapis was a combination of Osiris and Apis, the bull god that was worshiped in Memphis. The cult of Osiris/Apis was very popular among the Macedonians, who at Ptolemy’s direction had renamed it – Serapis.

Osiris was usually depicted in form of a human mummy with white skin that probably symbolizes the mummy wrappings. Another depiction portrays the god with black skin as the color of the deities of underworld. Osiris was sometimes depicted wearing other crowns having complex forms, but the White crown of Upper Egypt or the Atef crown (the white crown with ostrich feathers on each side and a disc at the top) are most frequently seen.

His hands are crossed on his breast, one hand holding a flail, and the other, crook. Both are Osiris’ chief attributes. Other decorations of his body are bracelets worn at the wrist and a broad collar.

The Cult of Osiris grew by its own power and remained powerful throughout most of Egyptian history. It also spread beyond the borders of Egypt. The Greeks associated Osiris with their own god Dionysos.