A. Sutherland - AncientPages.com  - Throughout their history, the ancient Egyptians believed in life after death, and that you would be judged by Osiris, the god of the afterlife, the underworld, and the dead. It was important to prepare the dead bodies for eternal existence in joy and happiness. 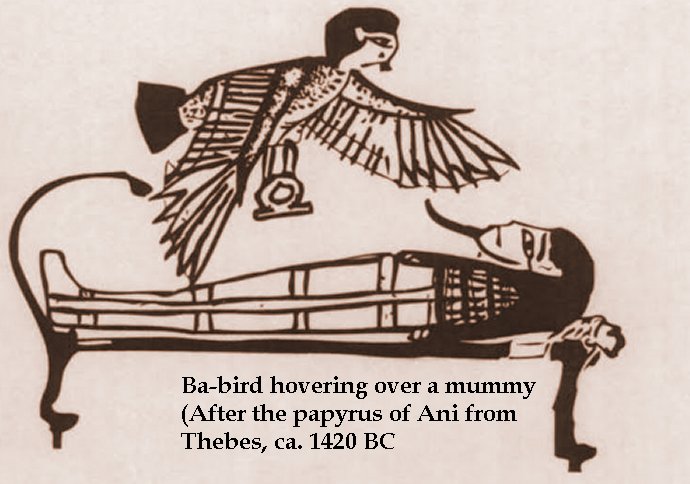 Numerous tombs of various styles and dates containing carefully prepared bodies and a variety of funerary goods reveal an ancient Egyptian belief in afterlife, which was not the end of life but only a transition to another reality.

For many Egyptians, eternal life consisted of traveling along with the sun during the day and returning to the well-stocked tomb in the evening. To make this possible, it was important to make embalming, mummification, building tombs and perform other rituals to help the deceased experience of eternal peace.

It was also a strong belief in good and evil so it was necessary to do well during their stay on earth. Good deeds included for instance, paying homage to the gods both during and after their life on earth. The deeds were later evaluated when the soul stood before the court of the gods who decided about the fate of the dead.

Both rich and low-class people sought to acquire a sarcophagus on the road to the afterlife.  However,  in the case of poor people it wasn't easy. 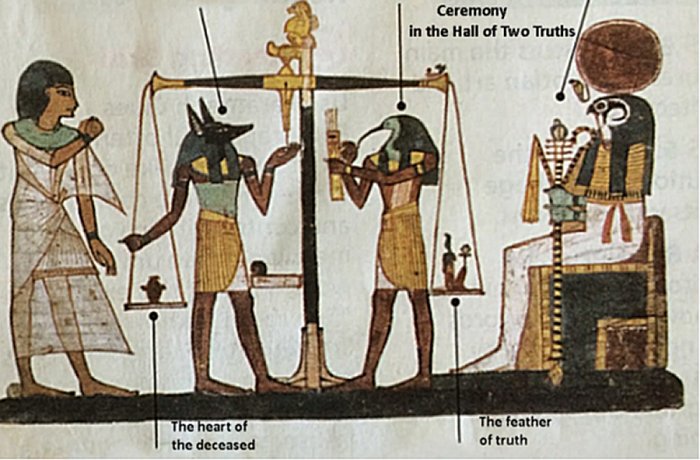 Often made of stone, the Egyptian graves were an important part of preparations for life after death but the poorest people had problems with even the most basic requirements of proper burial according to the tradition.

Not all ancient Egyptians could afford to build a grave or even buy a sarcophagus; their deceased relatives were buried in ordinary pits in graveyards on the outskirts of the desert or one sarcophagus served the whole family.

In the beginning, the coffins were rectangular boxes of wood, but later anthropoidal (‘mummy-shaped) sarcophagi came into use.

Ba, Ka and Akh – three important parts of the soul

Each grave had a symbolic meaning. It was the earthly home of the three spiritual elements of man, which last after the death of: ba, ka, and akh. Ancient Egyptians believed that each individual had two souls, a "ba" and "ka", which separated at death. The “akh” was the transformed spirit that survived death and was capable of coming into contact with the living and associated with the gods. 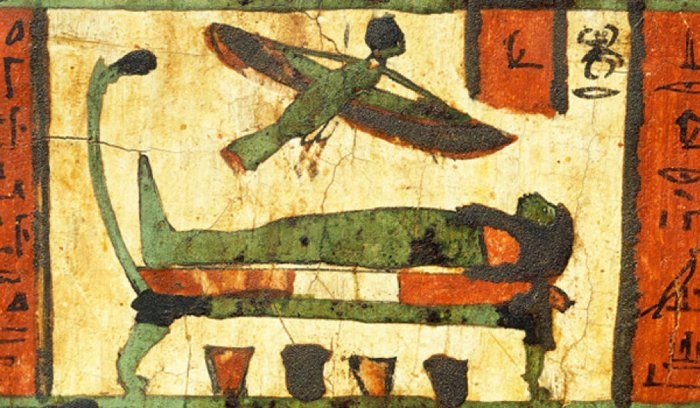 The soul of the deceased leaving the body after death (ancient pictograph. Image via themindunleashed

“Ba” imagined as a bird with a human head hovering over the mummy, symbolized a person's personality traits. When death occurred, Ba separated from the body, and during the day it wandered in the sky and at night, it returned to the grave and the mummy.  “Ba” was a part of the soul that moved between the two worlds: the living and the dead.

The “ka” (life force of the individual) was mainly a person’s double that had physical needs that did not cease after death. At the moment of death, it left the body and wandered into the afterlife, therefore, it required food in the form of sacrifices, made by the living.

Dangers on the way to the afterlife

Many dangers could appear on the way to the afterlife and therefore, 192 spells, which were included in the Book of the Dead, could help ghosts when moving from one world to another.

Was everyone able to reach eternity? Unfortunately, a proper funeral and even the most powerful spells were not enough to reach paradise. The crucial factor was the behavior of man during his lifetime. 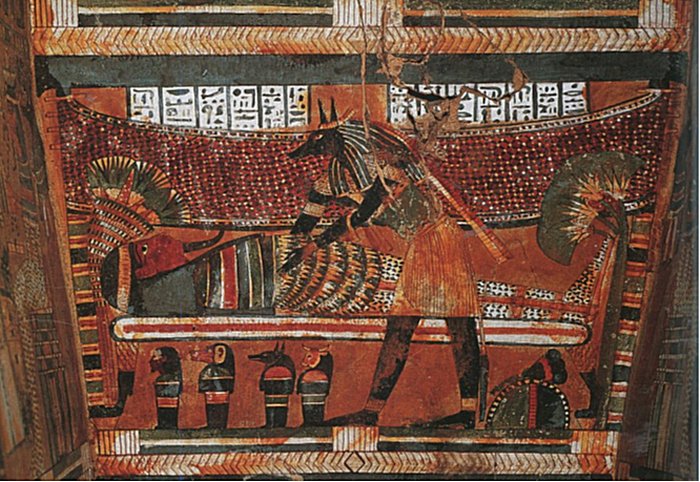 The dead on the way to paradise had to stand trial and defend themselves against an assembly of forty-two gods and each of them had to be called by name. The ceremony took place in the Hall of Two Truths also known as the Egyptian Hall of Maat, where the judgment of the dead was performed in the afterlife, including the ‘Weighing of the Heart’ ceremony.

Then, the assembly of divine judges announced the verdict. If the heart was lighter than the feather of Maat, or its weight was equal, the soul could live on in the afterlife, help Osiris, the god of the afterlife, in judgment, associate with other souls, or even return to earth periodically to visit some places the person had loved in life.

Both rich and poor burials were robbed

Robbers (usually in organized gangs of great professionals) could break into almost all tombs and deprive the deceased of valuable objects. The tombs included shoes, clothing, jewels, games, cosmetics, perfumes, musical instruments, glass and pottery, food, pieces of furniture, and many more items that would serve the deceased in the afterlife.

In the case of the rich graves, it was difficult to notice that there was a robbery. Thieves usually got from behind, leaving the seals on the door of the grave intact. In many cases, they did not even have to be afraid of being caught.

Money has always had its power and a generous bribe to a corrupt priest or a high-ranking official made the authorities turn a blind eye to grave robberies.

Guarding the graves was an occupation that required extraordinary observance.

Rosellini, F.Serino, The Monuments of Egypt and Nubia