AncientPages.com -  A team of archaeologists led by professor Rubina Raja at Aarhus University, Denmark, have used CT scanning and advanced 3D-modelling to virtually 'unfold' the silver plate found in Jerash.

"It’s the first time that it’s ever been done for such a complex roll, and we can now use the same technique on other archaeological artefacts that have been folded or rolled up," says Raja.

The method now means that a whole raft of archaeological artefacts considered inaccessible, can now be read. 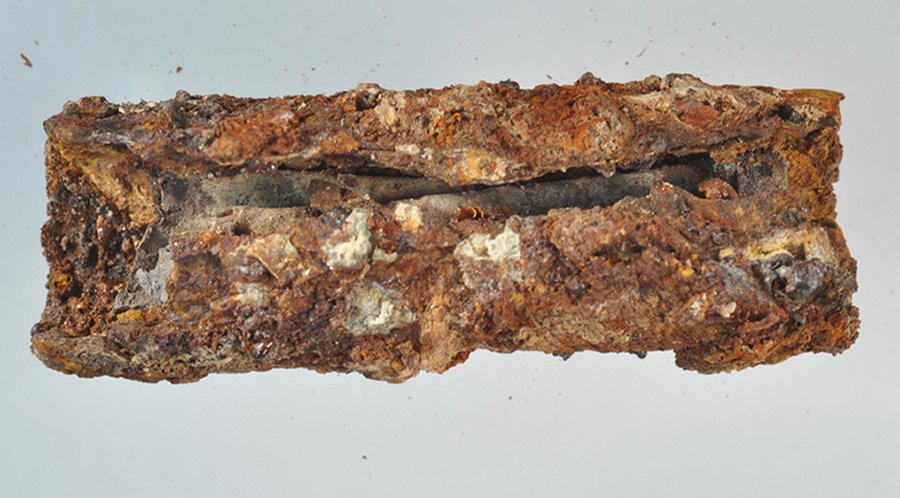 Silver scroll enclosed in lead container before conservation. The silver scroll is visible through the break in the lead case. The scroll has a light greyish color, partly due to corrosion. The lead container is surrounded by highly corroded material of mainly iron oxide and other inorganic materials, such as small stones. Credits: Rubina Raja

"There are some exciting new prospects for this [technique], because we can now access documents without destroying the source material," says archaeologist Søren Lund Sorensen at the Free University Berlin, who was not involved in the study.

The small amulet was found in 2014 during an excavation of Jerash, which has been inhabited by many different cultures from the Greeks to the Roman Empire, up until the early Islamic period from the mid-600s CE.

When around 749 CE, a devastating earthquake struck the town, the artifact was lost until 2014, when it was excavated along with a treasure trove of glass bottles, coins, needles, ceramics, gems and gold jewelry, and the little silver scroll. 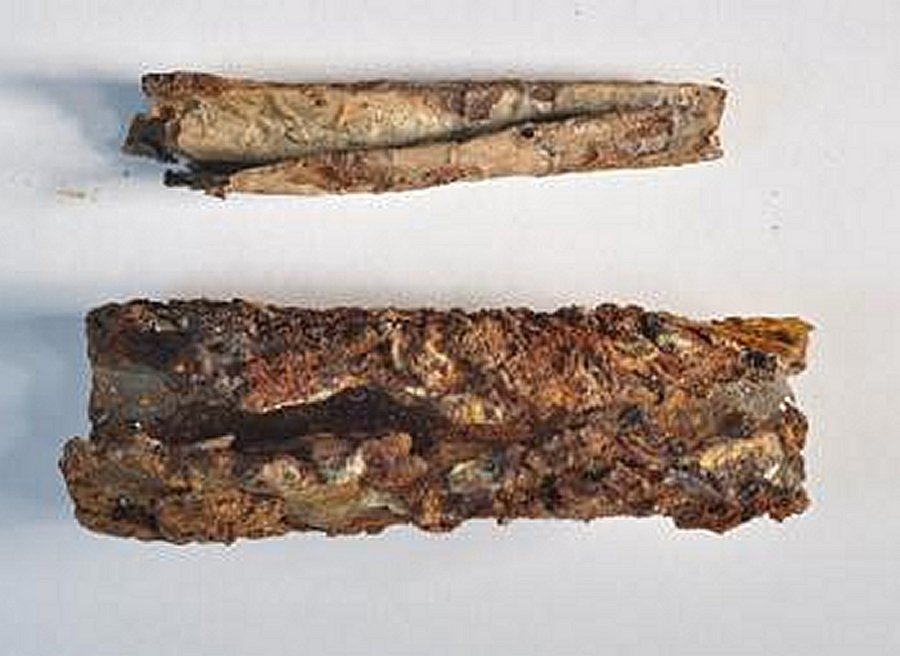 It is a small, metal cylinder, just five cm long and only 0.01 cm thick. On the outside, it is cracked and corroded but inside it, archaeologists discovered the coiled and curly silver plate. One line of the script was clearly seen on the back of the silver, but it was too delicate and fragile to try and unroll and identify the script.

Researchers decided to use CT scanning and 3D-modelling, which are new techniques that help access hidden texts. After a long collaboration with engineers, one linguist was able to painstakingly identify faces and letters and slowly unroll the silver slip to reconstruct 17 lines of text made up of fine letters.

The first line consists of “magical” spells written in Greek characters. The remainder is comprised of Arab script that apparently no one is able to understand. 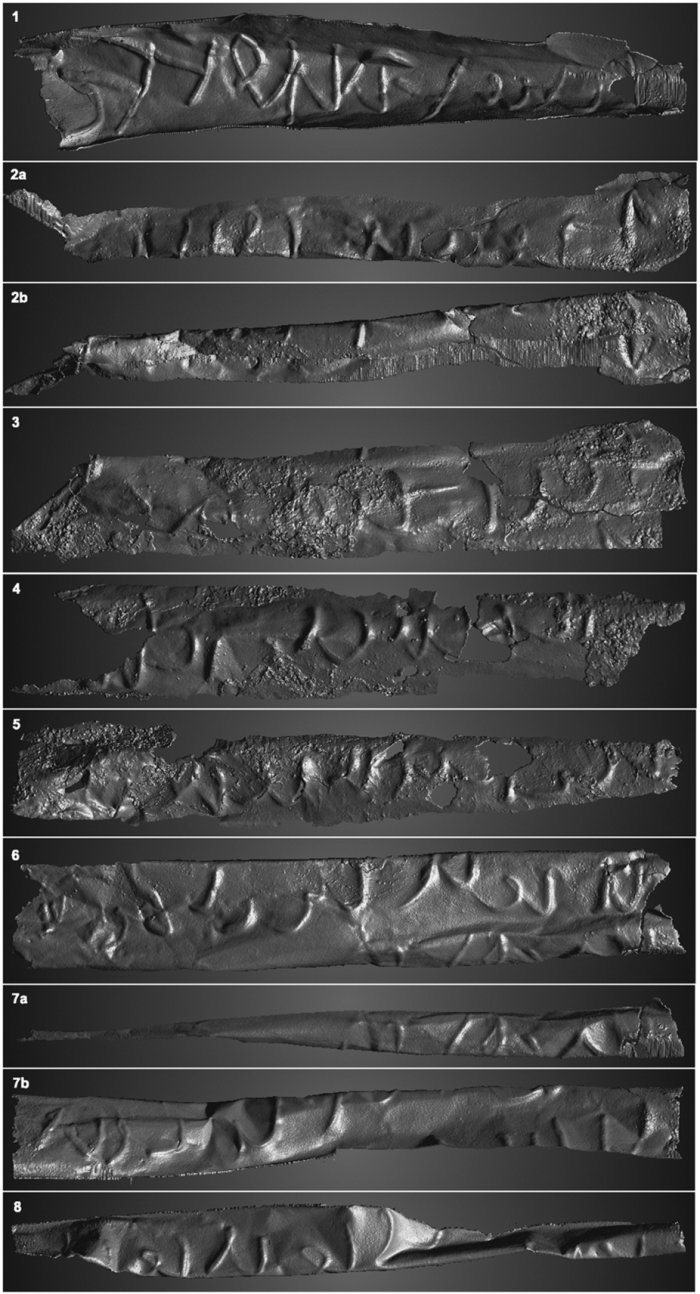 How the spell would look if we could physically unroll the silver scroll. (Photo: Rubina Raja)

"We've sent it out to the world's leading philologists, and all came to the conclusion that they can’t read it, and that it must be pseudo-Arabic. They’re quite disappointed," said Raja.

"They often wrote in a secret ‘magical’ language that had no meaning, but you have to remember that very few people in antiquity could read and write, so the script in itself had some magical value," says Raja adding that "it was never meant to be read again, so it didn’t matter if it made sense.”

But the mixture of Greek and Arabic letters is exciting in itself, because it shows a transition period, where Greek letters were used instead of inventing new characters.

"We always say that the Greco-Roman and Semitic traditions ended with the Arab conquest, but this is a really good example that they actually continued these practices, or that it was already part of the culture," says Raja.

The study is published in the journal Nature Scientific Reports.