Ellen Lloyd - AncientPages.com - The Garden of Eden is one of many Biblical mysteries. If the legendary paradise existed, we would all like to know where it was located.

Many archaeologists and historians have searched for the Garden of Eden, and there have occasionally been reports this Biblical paradise, where Adam and Eve lived in harmony has been found. However, conclusive evidence is still missing.

The Bible does offer some clues, and archaeologists, historians, and Biblical scholars have suggested some possible locations. 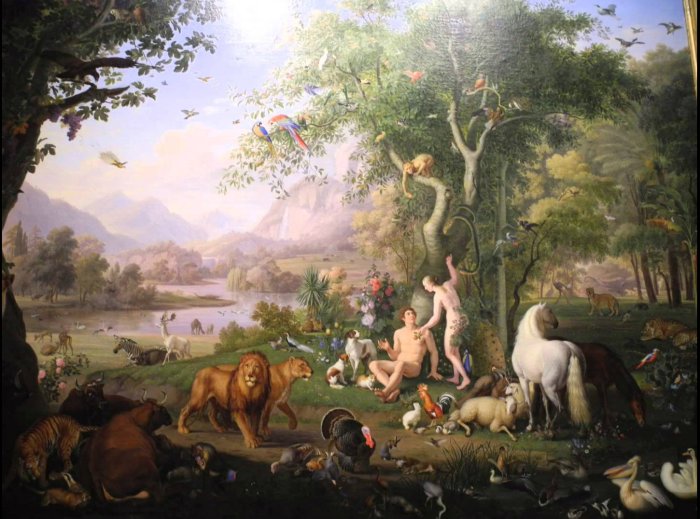 Mysterious Four Rivers In The Garden Of Eden

In Genesis 2:10-14, it is written that a river in Eden was separated into four rivers. 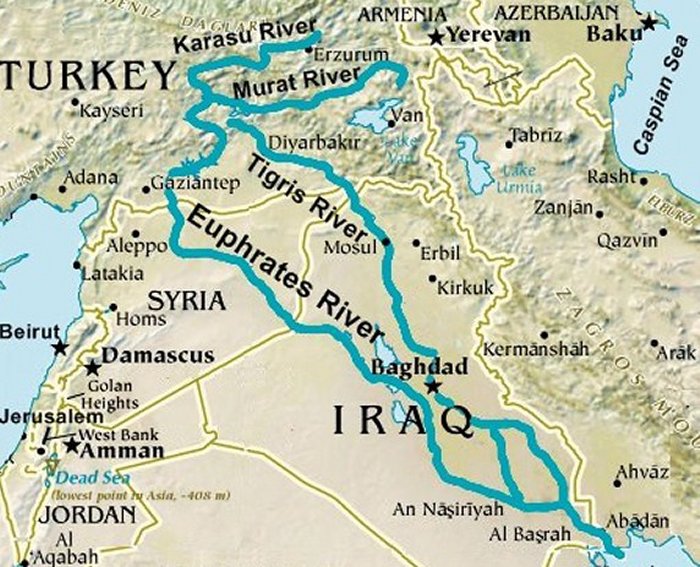 The rivers Tigris and Euphrates have been located.

So, we have four rivers, Pishon, Gihon, Tigris, and Euphrates. We do know that the Tigris and Euphrates rivers form a major river system in Western Asia and they follow roughly parallel courses through the heart of the Middle East.

The fact that the Bible mentions Tigris and Euphrates makes many people think that the Garden of Eden was located in Mesopotamia, but there are two more rivers to consider and the problem is to identify them. Now, that’s when the controversy begins.

Pishon river is described as encircling "the entire land of Havilah", a place where there is gold and onyx. The second river is Gihon. We are told it flows around the whole land of Cush.

Where Are The Rivers  Pishon and Gihon?

Many think, that Pishon and Gihon are the Nile and the Ganges.

Michael M. Homan at the Xavier University of Louisiana has suggested the land of Havilah was Nubia, a region located in what is today northern Sudan and southern Egypt. This would mean that the river Pishon was the Nile.

Nubia was home to some of Africa's earliest kingdoms and the land was known for rich deposits of gold. According to Homan, India, with river candidates being the Indus or Ganges, or Southwest Arabia, with the Pishon being the Wadi Bisha and the Wadi Baish. All three areas are famous for gold and other commodities.

Titus Flavius Josephus, an early Jewish historian thought that Pishon is the Ganges and the land of Havilah is India.

According to Dr. Hugh Ross, an astronomer devoted Christian and author of the book Navigating Genesis: A Scientist's Journey through Genesis 1-11, “the mountains of Havilah are located in west-central Arabia, a region that contains gold, though the rest of the Middle East does not. Today we associate Cush with the horn of Africa.

However, during the end of the last ice age, the Red Sea was largely dry, which means the region of Cush would have extended into the mountains at the southwest tip of the present Arabian Peninsula. 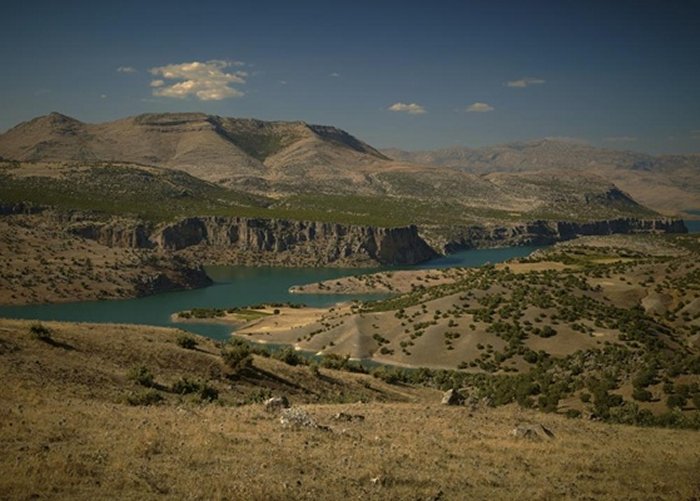 Satellite imagery reveals the dry beds of two large rivers that once flowed from central and southern Arabia into the southwest region of the present Persian Gulf. Melting snow and ice on the mountains of Havilah and Cush at the end of the last ice age would have made the Pishon and Gihon as mighty as the Tigris and Euphrates.

Dr. Ross thinks that such a warm location “explains why Adam and Eve did not need clothes (Armenia, by contrast, would have been quite cold). Since a large aquifer exists under the Persian Gulf, it also explains the springs mentioned in Genesis 2:6.”

Is The Garden Of Eden Underwater?

Dr. Juris Zarins, of the Southwest Missouri State University, who has studied LANDSAT space images and has put forward a theory suggesting that the Garden of Eden is located under the waters of the Persian Gulf. He thinks that the story of Adam and Eve and their expulsion from paradise describes the shift from hunting-gathering to agriculture. In his opinion, this is an event that took place about 7,000 years ago as a result of climate changes that forced people to live in their homelands.

There are many theories about the location of the Garden of Eden, and several are intriguing, but the truth is that we still have no clues as to where the legendary paradise was located. Therefore, the Garden of Eden remains an unsolved biblical mystery.

Prof. Yoel Elitzur - The Garden of Eden and the Euphrates River