A. Sutherland - AncientPages.com - The Cyclops are probably best known for their massive, cyclopean masonry and blacksmithing.

Who were these mythical giants? 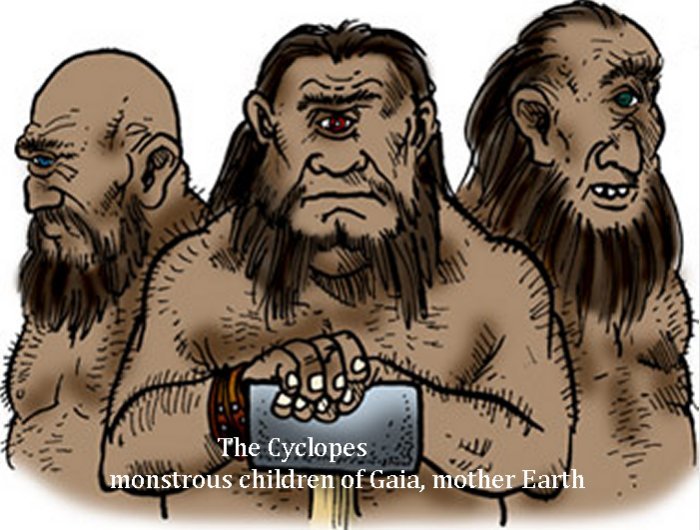 This first race of Cyclops – Brontes (thunderer), Sterops (lightener), and Arges (thunderbolt) - were the first generation of Greek giants. They were monstrous children of Gaia, Mother Earth and Uranus (Ouranos) means ‘sky’.

Each of them, as well as their future descendants, such as Polyphemus, we know from the Odyssey, had only a single blazing eye, which was located directly in the middle of the forehead. This eye is said to represent ‘the fiery sun’. Each one lived alone with his family on a mountain top. Their father Uranus considered them so shockingly hideous that he decided to throw the Cyclops into Tartarus, the lower region of the Underworld.

Was it only their ugliness, which forced the mighty Uranus to get rid of them, or was he simply afraid of their enormous power?

In any case, Uranus believed that he would never see them again. Freed and again placed in the dungeons of Tartarus, the Cyclops had to stay imprisoned for a very long time. 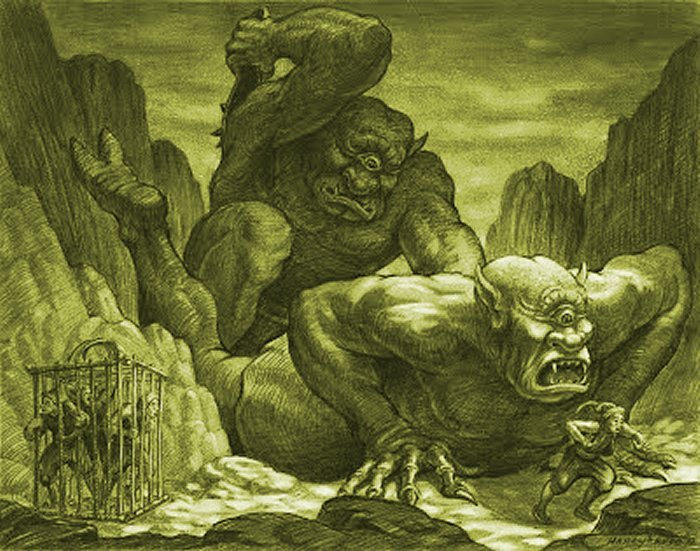 Mother Gaia and her children were aware that they must cooperate to fight their father. It was obvious that Uranus hated his offspring and hid them in Gaea’s body.

She appealed to the sons for vengeance; Cronus (a Titan) alone responded. He took a sickle and removed his cruel father Uranus’ testicles as he approached Gaia. As Uranus lay dying, he cursed his son, saying:

“Cronus, it will come to pass that one of your children will do to you what you have just done to me.” Then, with a final shudder, a look of anger and betrayal in his eyes, Uranus died.

A sky and weather god, Zeus, raced down to Tartarus to release the imprisoned giants. The Cyclops were free on the condition that they work for Zeus, forging thunderbolts.

Although they were frightening to look at, these young gods were exceptionally strong and brilliant craftsmen and accomplished builders. However, different authors described them in their own way.

As we know, most mythologies always present several alternative versions of their stories and figures. In Homer's version, the Cyclops were lawless cannibals, dealing with a pastoral life; later authors made them rude, strong, and stubborn giants, but also the craftsmen of Hephaestus and skilled builders. 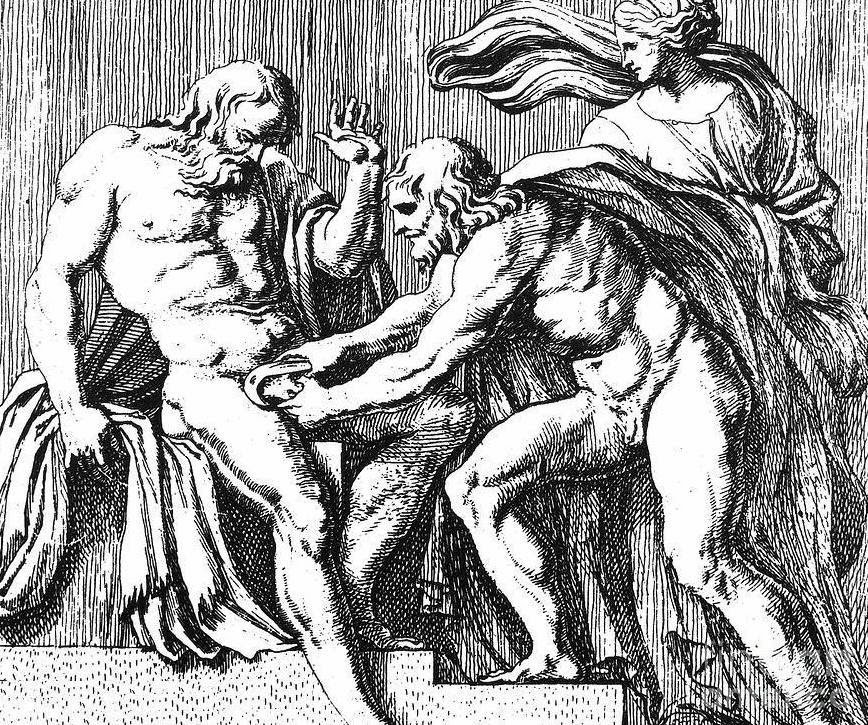 The famous Cyclopean walls are supposed to be their great legacy. Greeks of the Classical Age believed that only the Cyclops, mythical giants could have been skilled and strong enough to build such gigantic walls. Other structures, such as massive fortifications of Argos, Tiryns, and Mycenae were also attributed to the Cyclops. 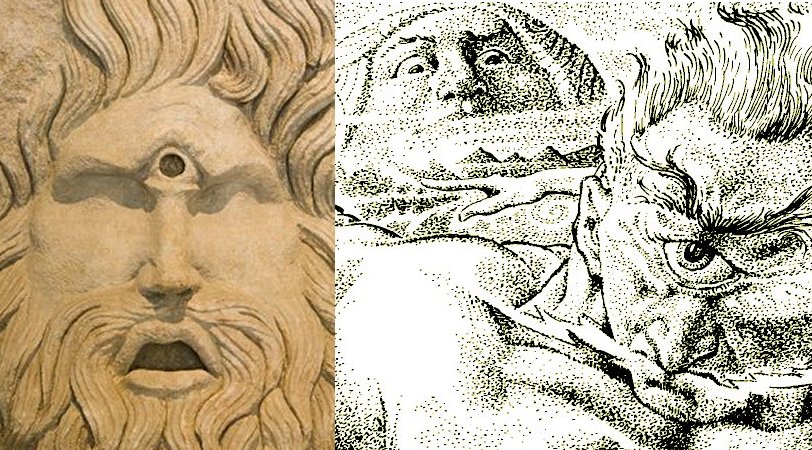 Pausanius, (c. AD 110 – c. 180 who lived and worked during the reigns of Roman emperors Hadrian, Pius, and Marcus Aurelius wrote that:

“Nothing is left of the ruins [of Tiryns] except the wall, which was built by Cyclops with natural rocks, all so huge that a pair of mules would not even begin to shift the smallest. In ancient times, little stones were fitted in to bind the rocks together…”

As accomplished blacksmiths, the Cyclops contributed with remarkable magical weapons for the gods. At first, they created a formidable thunderbolt for Zeus, the most powerful god of the Olympian pantheon.

With this weapon that was in form of a handgun launching a death ray, Zeus was able to win the war against the Titans.

Among the Cyclops’ other achievements in weaponry were: Hades Helmet of darkness, which made its' wearer invisible; Poseidon's Trident that would later become the insignia for the future god of the sea, and Artemis' magical bow and arrows.