A. Sutherland - AncientPages.com - Shulgi (2095-2048 BC was a founder of the Third Dynasty of Ur, the son of Ur-Nammu and successor.

During his long (48-year) reign, Shulgi strengthened and expanded the state created by his father.  He reorganized the already existing system and strengthened its international prestige,  making it real power. 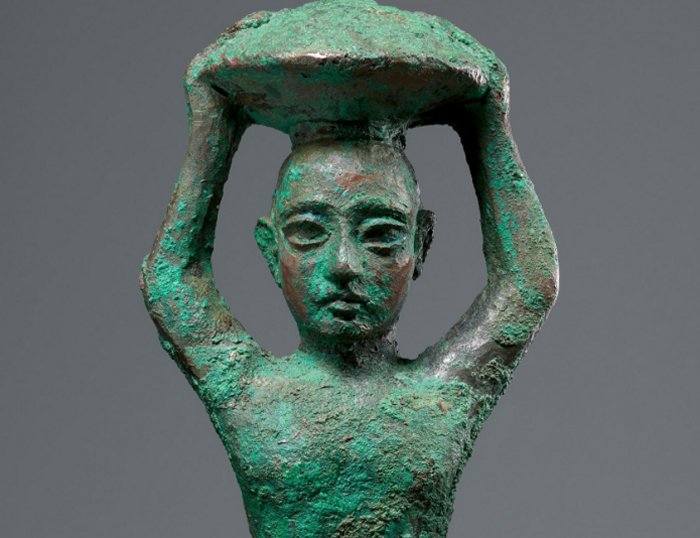 Foundation figure of king Shulgi of Ur, carrying a basket. Metalwork-Sculpture. source

Not only epics and myths but also hymns played a very important role in the Sumerian literature. They honored prominent figures and one of them was Shulgi, the second ruler of the Third Dynasty of Ur (circa 2094-2047 BC).

He boasted about his successes and he did it with good reason.

Shulgi was a son of Ur-Nammu, a founder of the Third Dynasty of Ur and a Sumerian king who reigned about 2112-2095 BC. Like his father, Ur-Nammu, he was a great politician, and also an excellent commander. Shulgi’s 48-year-long reign contributed to important achievements.

Achievements Of Shulgi Were Significant

At the end of the 3000 BC, new leaders from Ur, the 3rd dynasty took power in the region. One was Ur-Nammu, the other was his son Shulgi.

Like his father, Shulgi can be credited with the building of ziggurats and great temples in cities of Mesopotamia.

He introduced standard weights and measurements and encouraged trade on safe roads where people could move between cities, without fear of being attacked and robbed. Every tax that was paid was registered on clay tablets by scribes; many of these tablets were found well-preserved. The country’s territory increased significantly, giving it international prestige.

In the beginning, the kingdom, Shulgi inherited was not large and included only central and southern Mesopotamia. The small kingdom has usually difficulties to defend themselves against the large ones. Therefore, Shulgi began his reign with a policy of conquest (focusing on Elam and the mountains of Zagros) and achieved a number of successes. He appointed a large army.

Shulgi Boasted Much About His Abilities And With Good Reason

As the most influential ruler of Ur III king, Shulgi was a native Akkadian speaker who was fluent in five languages like Elamite, Sumerian, Hurrian, Amorite and even Meluhhan (Dravidian). He was trained as a scribe and organized schools for scribes. He was a self-confident ruler who declared himself a divinity and established a tradition of royal praise for himself in many hymns. 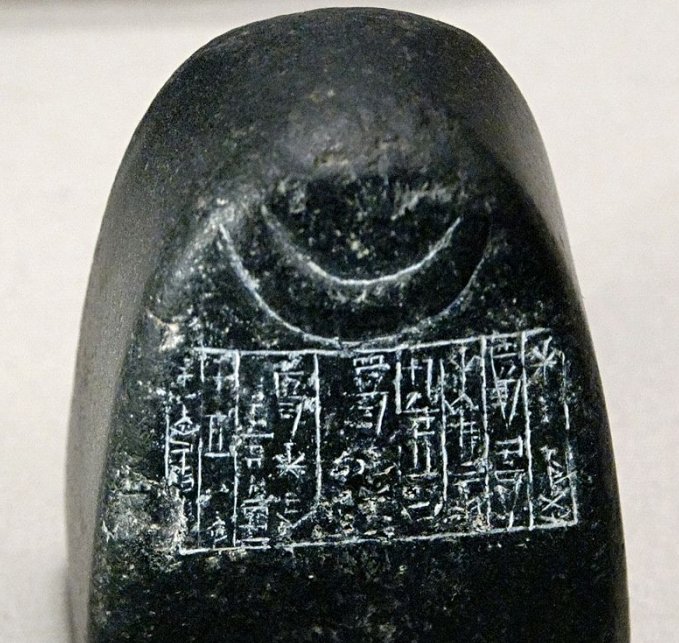 “Shulgi boasts that he hunts lions and serpents in steppe…. without the aid of a net or enclosure… He claims to be so fast on his feet he can catch a gazelle on the run..” (Kramer N. S.)

Usually, people wrote hymns for the gods, but Shulgi wrote a hymn to honor himself.

In “The Sumerian World,” Harriet Crawford writes that “by some accounts, in 2088 BC, during what is known as the King’s Run, documents show that Shulgi claimed that during a celebration of eshesh, he ran the distance of the parade (200 miles round-trip) from Nippur to Ur and back.

“That my name be established until distant days and that it leaves not the mouth of men, that my praise be spread wide in the land; I, the runner rose in my strength… and from Nippur to Ur I resolved to travel…”

"My black-headed people marveled at me" he wrote.

The problem is that Nippur was at a distance of 100 miles from Ur. Shulgi claimed that he runs 100 miles and then he runs back home again. All that happened in one day and during a storm. Did Shulgi really run 200 miles in the stormy weather or was it only a way to glorify himself? 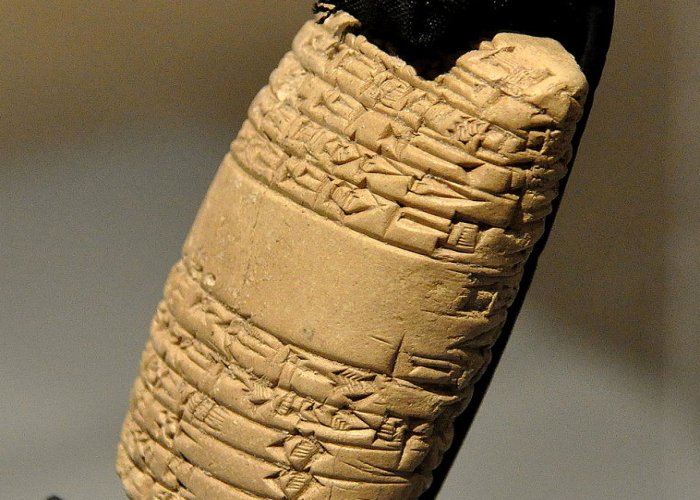 This tablet glorifies King Shulgi and his victories on the Lullubi people and it mentions the modern-city of Erbil and the modern-district of Sulaymaniyah. 2111-2004 BCE. The Sulaymaniyah Museum, Iraq. Source

We don't know,  however, Kramer refers to Shulgi as "the first long-distance running champion."

We can only say that even if his marathon race was only boasting, Shulgi had many other impressive achievements that were praised.

Shulgi Involved In Many Military Campaigns

He was at war on a regular basis; he clashed with Hurrian invaders, built reinforcements to keep the Amorites out. At the same time, he was actively involved in the interior affairs of his country.

He arranged several royal expeditions in three large campaigns and penetrated several hostile regions, eventually covering the entire area of western Zagros. He used both, the military supremacy of Ur and diplomatic means, depending on the circumstances. However, he preferred diplomatic actions, if possible.

After 48 years of rule, Shulgi left the kingdom three times wider, strong, with bounded borders and with a well-functioning centralized administrative system.

Shulgi And His Laws

It is said that Shulgi was concerned about the poor and weak people in his great kingdom. One of his inscriptions says “I did not deliver the orphan to the rich. I did not deliver the widow to the mighty. I got rid of hatred and violence and established justice in the land.”

He put together laws on clay tablets, but unfortunately only the first 37 of these earliest written laws - survived. He named different crimes and punishments for them. By his laws, he discouraged people from taking justice in their own hands. Later, Hammurabi appeared with his famous code. Hammurabi's' laws survive because they were recorded on stone, Shulgi's on the other hand, used only clay tablets.

Kramer N. S. In the World of Sumer