A. Sutherland - AncientPages.com - Apollo was a powerful figure in Greek mythology. He was originally the god of shepherds and later after he was established at Delphi, he acquired power over medicine, healing, disease, archery, music, poetry, and invented the arts.

He was the one who had the ability to ward off all kinds of evils, but if necessary, he could send a plague and then avert it.

As confirmed by Greek myths, numerous legends, and countless iconic representations, Apollo was a beautiful male with golden hair. Not only gods but also humans, both women, and men, fell in love with him.

The Greeks called him Phoebus (the 'Shining-One'), which originally was the god Helios' name, but later both gods became one. In early Greek myths, it was Helios who guarded the chariot of the sun across the sky every day. His sister Selene (often identified with goddess Artemis), guided the moon but at some point, Apollo became identified as Helios Apollo and from then on, it was his duty to ride the chariot on the sky.

Place Of Birth And Family Of Apollo

The widely popular version of Apollo’s parentage was that he was the son of Zeus and a Titaness Leto. He was born (along with his sister, Artemis) on the island of Delos. The birth of Apollo was accompanied by the appearance of swans on the island.

Apollo Had Love Affairs But No Marriage Ever Took Place

Apollo never got involved with anyone permanently but he had countless amorous adventures. With Koronis, the princess of Thessaly, he had a son Asclepios (Asclepius) who became the god of medicine. Daphne, a daughter of the river-god Peneus, rejected Apollo's advances and ran away from him. When he chased her, she changed herself into a laurel tree. According to another version, the mother goddess Gaea (or Gaia) helped her by placing a laurel tree in Daphne’s place. From then on, Apollo admired laurel leaves, which became a sacred symbol of success, triumph, and victory; laurel wreaths were given to the winners. 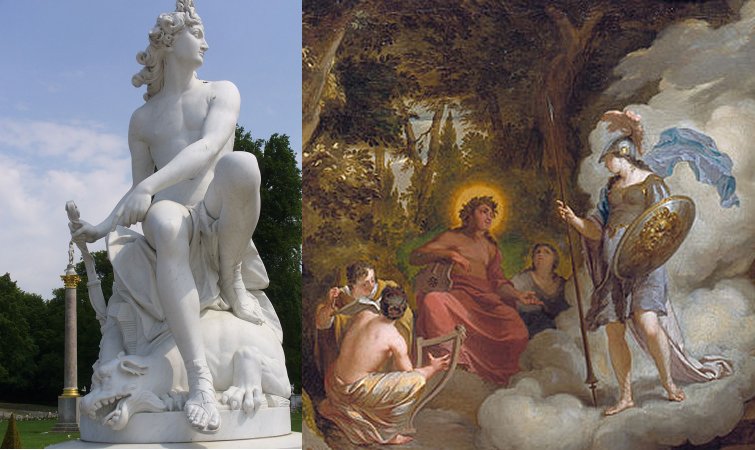 Apollo fell in love with Cyrene, a Thessalian princess when he observed her wrestling a lion. This love affair produced two sons: Aristaeus, the demigod who invented beekeeping, and Idmon, an Argonaut seer, who predicted his own death (he was killed by a boar) in the Argonaut expedition but joined anyway. Apollo made Cyrene a nymph and the ancient Greeks honored her too by founding a colony named Cyrene.

Among Apollos’ unhappy relationships is the one related to the fate of Cassandra. The main story of Cassandra says she was pursued and punished by Apollo.

Apollo’s love for her was so strong that he decided to give her the gift of prophecy, which she wanted to possess so much. In return, he was promised to get her sexual favors. Cassandra broke her promises and Apollo caused her that her prophecies would never be believed.

Even when Cassandra stands before the palace in Argos, foretelling her imminent death and that of King Agamemnon, no one believes her. The chorus of elders claims that they cannot or must no believe her. (Aeschylus’ Agamemnon (1072-1330).

Apollo was not only attracted to women but to men (especially younger than him), too. One of them was Hyacinthus, a beautiful, athletic and handsome young Spartan prince.

While practicing throwing the discus, Hyacinthus was struck in the head and died instantly. The accident was arranged by Zephyrus, who also loved Hyacinthus and was jealous of Apollo’s advances. Apollo punished Zephyrus by changing him to the wind so that he could never touch or speak to anyone again. Out of the blood of the killed Hyacinthus, he created the hyacinth flower as a memorial to his death.

Immediately after birth, he received from Zeus, a chariot drawn by a swan. Apollo was linked with animals like a wolf, a crow, a swan, a dolphin, and plants like laurel and cypress. His main attributes were the bow and arrow, which he had received from Hephaestus, and the flute given to him by Hermes. Apollo was often described as using a bow and arrows as his main weapons. He could send plague and disease amongst mankind. His arrows were said to never miss a target and it was commonly believed that cases of sudden death were caused by the arrows of Apollo.

Asclepius, the patron of medicine was one of Apollo’s many sons. He was able to restore the dead to life but it was a Python crime against the natural order and according to Zeus, it was similar to stealing a soul from the underworld. Zeus used his powerful lightning bolt to kill Asclepius and in response to it, Apollo used his bow to kill the Cyclops, who fashioned thunderbolts for Zeus to use as weapons. For killing them, he could have been exiled from Mt. Olympus, the home of the gods but thanks to his mother Leto, Apollo was only punished with hard labor.

‘Master Of The Chariot Of The Sun’ Who Killed Python

Apollo also known as the “god of the silver bow” was just four days old, when he decided to find the monstrous dragon Python and kill it. Pythos was sent by Zeus’ wife, Hera, the goddess of marriage, family, and childbirth, to hunt the pregnant Leto to her death across the world. 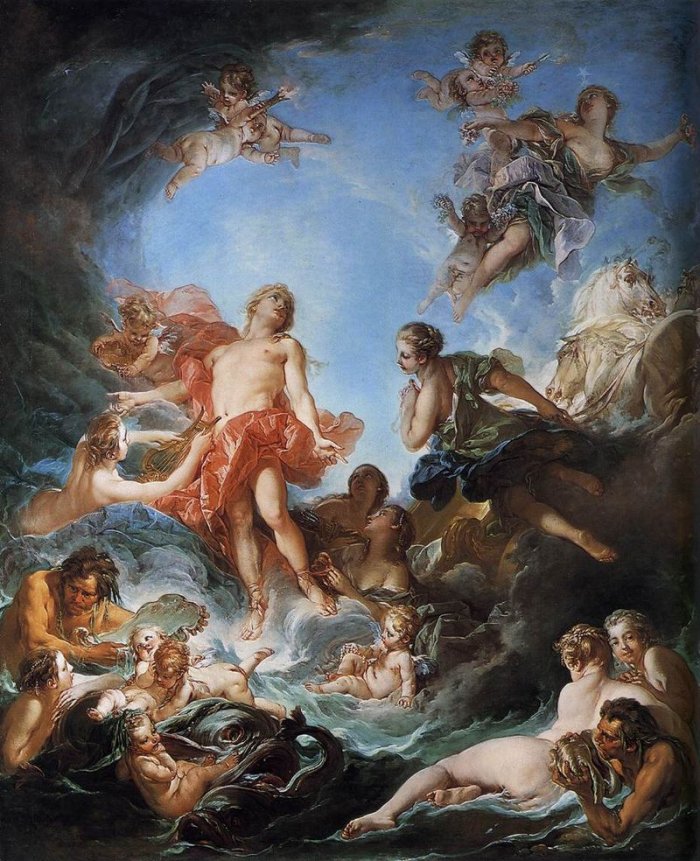 To avenge the trouble given to his mother, Apollo killed Python in the sacred cave at Delphi, buried the body and then he founded the Oracle of Delphi and took control of it.  However, the monster was a child of Gaia and Zeus had to act carefully. As he did not want to experience her anger, he decided to punish Apollo. He banned him from Olympus and sent him to serve as a slave for nine years. After that, Zeus ordered purification rites on him. Finally, Apollo established the Pythian Games at Delphi that featured musical and athletic competitions. The Games were held every four years as a tribute to Apollo.

Cult Of Apollo Spread Across The Country

Apollo cult was spread across Greece and he had many worshipers and temples. He had more than thirty oracular centers, of which the most important were, Delphi, and later Claros and Didyma. Apollo was famous for his gift of prophecy.

However, his father Zeus was considered to be the source of Apollo’s oracular powers. Therefore, Apollo is often referred to as the Seer of Zeus. 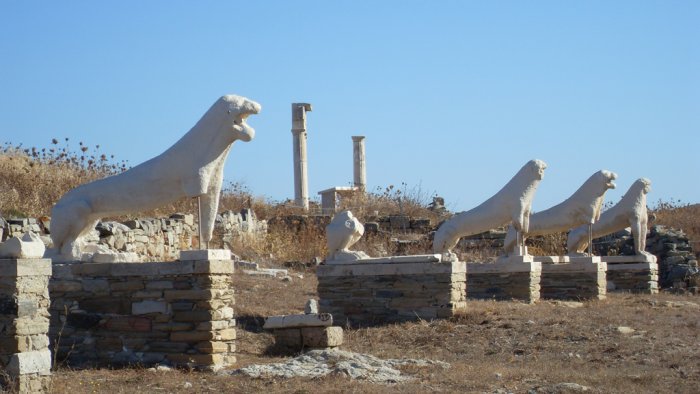 Lions at the Sacred Lake of Delos where Greek scholars of the time believed Apollo had been born. Credit: Public Domain

In 432 BC, the Romans built their first temple to Apollo and it is believed they adopted him from Greek settlers or from the Etruscans, whose deity Veiovis (a Roman god believed to be one of the first gods) was at times identified with Apollo. In Roman mythology, Apollo had the same name but his parents were Jupiter (the equivalent of the Greek Zeus) and Latona (Greek: Leto) and his twin sister was Diana (equated with Artemis).

At Delphi, the first temple dedicated to Apollo, was built in the 7th century BC and the Delphic oracle was connected with Apollo and his arrival was a great celebration.

Smith, William. (1870). Dictionary of Greek and Roman Biography and Mythology