Ellen Lloyd - AncientPages.com - El Santuario de Chimayo is a sacred site located in the foothills of the Sangre de Christo Mountains in northern New Mexico. The place may be small in size, but its significance is not.

Chimayo Stands On Sacred Earth That Has Healing Properties

It is one of America’s most sacred sites visited by many pilgrims every year. What makes Santuario de Chimayo especially interesting is that the place has been considered sacred long before people converted to Christianity. It is believed that the sanctuary stands on sacred earth that has healing properties. 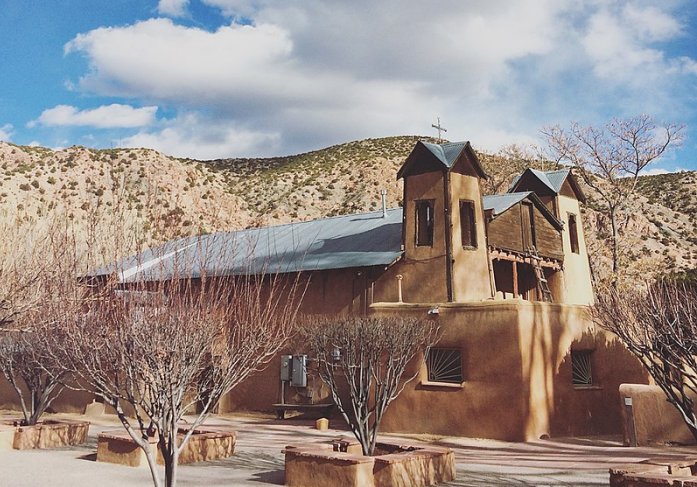 “Before the Santurio de Chimayo was built, the Tewa-speaking Indians of northern New Mexico had long taken mud from a pool in the area—some say from the very same spot over which the present church stands—and used it for curative purposes, and one Tewa myth tells of the Holy Twins’ killing of the giant Tsi-mayo (Chimayo) near the site of the Santurio,” David Leeming writes in Myths, Legends, and Folktales of America.

In modern times, people still visit Chimayo that is sometimes referred to as the Lourdes of North America to heal their spirits and find new strength at this holy place.

Legend Of The Mysterious The Black Christ Crucifix

Chimayo became famous for its legend about the mysterious black crucifix discovered at the site. There are several versions of the legend, but the most common story is about Bernardo Abeyta (1771–1856), a local friar who sometime around 1810 suddenly noticed a peculiar light coming from a spot on the ground near the Santa Cruz River. Abeyta started digging at the spot and unearthed a crucifix with a dark-skinned Jesus.

Mysterious Kolob – Does The Sacred Star Of The Mormons Exist?

According to Leeming, “the crucifix was carried several times to a nearby town’s church but mysteriously found its way back to the sacred hole. Finally, accepting the miracle, the people of Chimayo recognized the curative powers of the earth and built the church to protect and venerate the cross and the hole containing the holy earth. In some versions of the story, it was a shepherd who found the hole and the crucifix and a mule that brought the cross back to its rightful place.”

The cult of the curing earth and the Black Christ crucifix was spread through Mexico primarily by Franciscan friars. 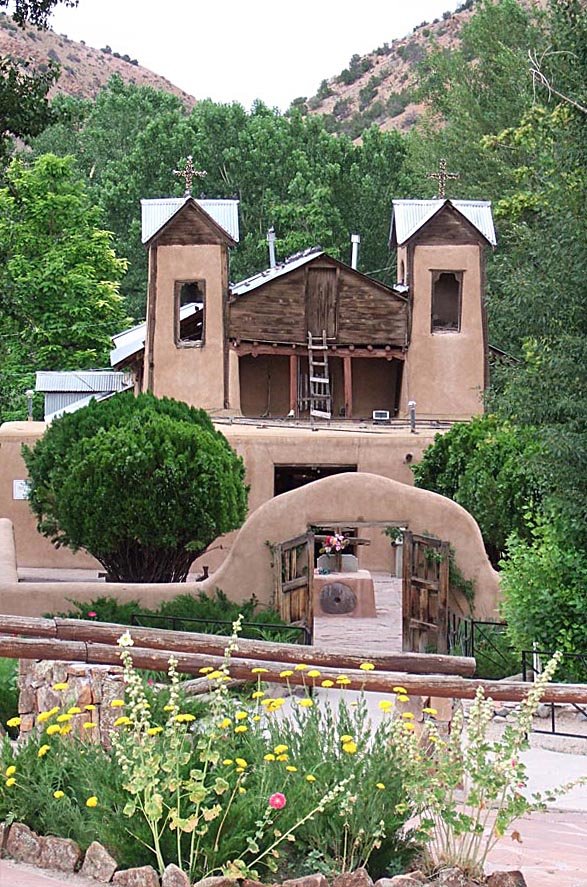 As years passed, the legend of the black Christ crucifix became intervened with local beliefs, and the site where Chimayo stands is considered sacred.

Chimayo is visited by about 300,000 visitors per year from all over the world. Believers often take some of the holy dirt with them hoping to cure themselves or their loved ones. The dirt is later replaced from the nearby hillsides.