Ellen Lloyd - AncientPages.com - During excavations conducted in Peru's Nepeña Valley in the 1960s, archaeologists discovered an artificial mound or pyramid with a crater at the top.

At the time of the discovery, the find was dismissed as a huge mound with a looters’ pit in the middle. 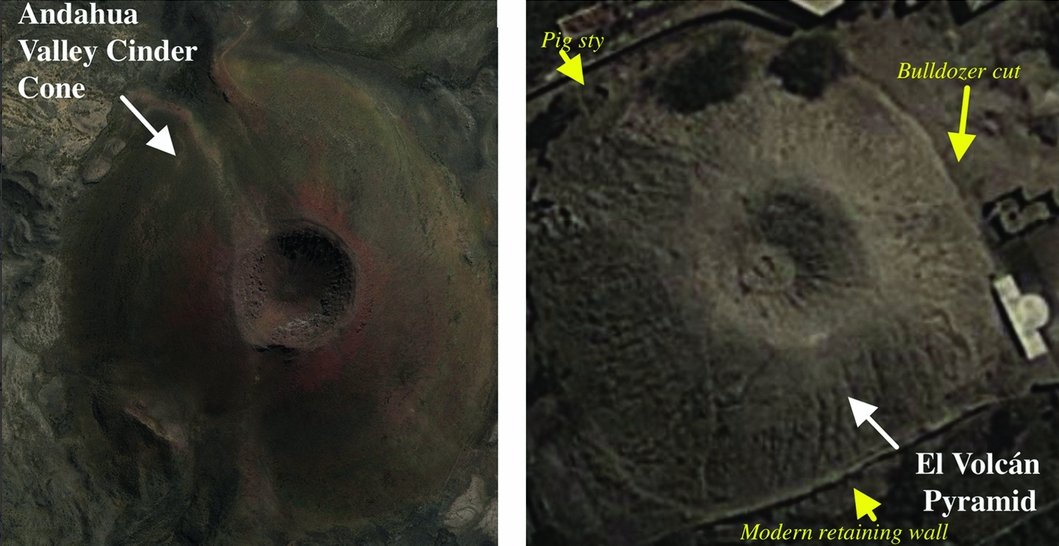 A cinder cone in the Andahua Valley, Peru (A), compared with the pyramid of El Volcán in the Nepeña Valley, Peru. Robert A. Benfer &Andrés Ocás/ Antiquity

Evidence suggests that the pyramid, roughly 35 feet tall and 60 feet in diameter, was originally and deliberately built in the form of a volcano—a cone-shaped pyramid with a central pit.

Why it was built and what purpose it served remains a mystery. Also, the exact date of the pyramid’s construction has not been determined. However, it was probably built between 900 BC and 200 BC.

“I’ve never seen anything like this and I have surveyed many coastal valleys in Peru. I know of no other example in the world,” said Bob Benfer, a professor emeritus of anthropology at MU. 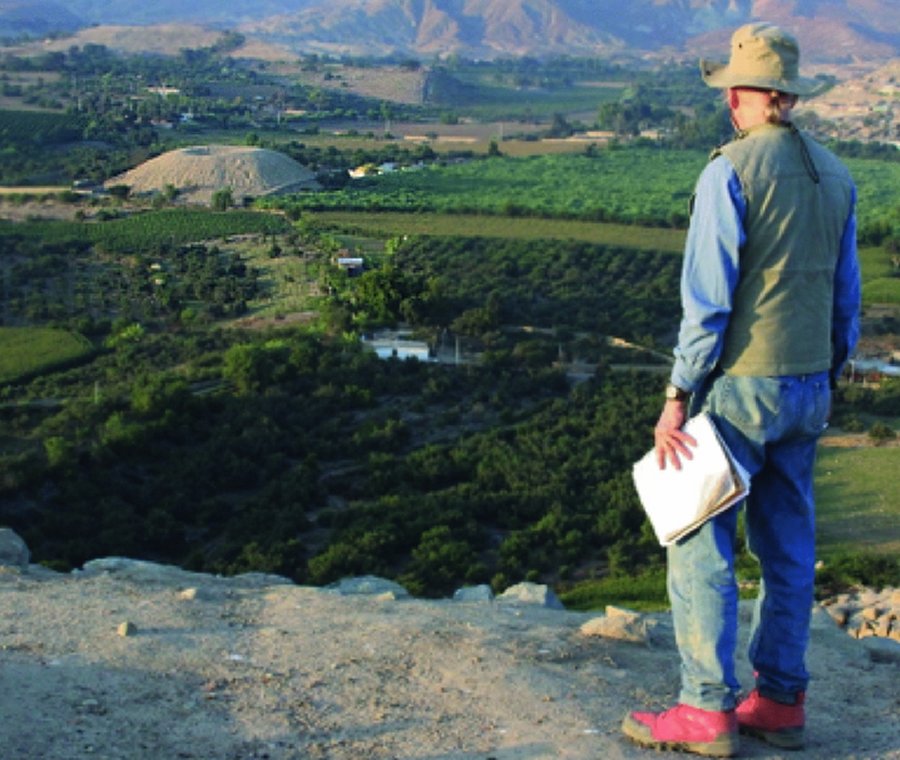 According to Bob Benfer, a professor emeritus of anthropology at MU, El Volcan is the most mysterious archaeological site he has investigated. Image credit: University of Missouri

“The site is called ‘El Volcan,’ and the local people call it ‘Waka.’ Some local people think it’s a natural formation, and others think it was built to collect water, but mostly they don’t know its function. I believe it was a religious center because it can be seen from anywhere on the nearby mountain, which has a series of structures built in prehistoric times, and you would see ceremonies at the pyramid from every structure.”

Benfer and his team made small excavation of the mysterious cone and found adobe bricks surrounding the inner part of the cone, adobe floors and benches, and even a rock hearth that was last used around 1563. Ceramics Benfer’s team unearthed suggests the site was constructed two-thousand years ago.

Through his research, Benfer also discovered there had been a cluster of solar eclipses that he thinks might be linked to religious ceremonies at the site.

Offering to the Moon and celebration of eclipses 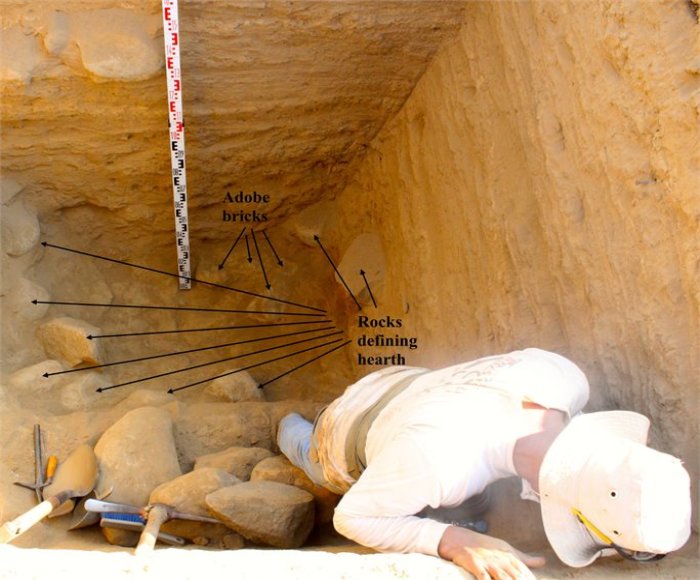 Fragments of a compact mud floor in the lower part of the wall trench. Image credits: Image credit: University of Missouri

Benfer says the inhabitants of the area would have had no previous experience with such a cluster, and their appearances within such a short period of time would have required celebration.

Historical records confirm that the Yungas, peoples of the coast, unlike the later Incas, greeted the solar eclipse with joy instead of fear.

Lunar eclipses were more troublesome for the Yungas because the radiocarbon date of 1563 falls just after the cluster of eclipses and the researcher believes a closing ceremony (evidence in the hearth) might have been linked to one or more of the eclipses.

So why was this pyramid constructed?

“Possibly the El Volcan hearth was a place celebrating the victory of the moon over the sun,” he says. “It seems to have marked the final use of this unique structure.”

“It could mark a burial site for a very important person, since deeply buried tombs are known from this area, but without extensive excavation, it is impossible to know,” Benfer says.

“There is no direct astronomical association with this site, so it wasn’t built for astronomy, although the nearby site with similar ceramics on the mountain has platforms oriented to the December solstice sunset. Of all of the archaeological sites I’ve investigated, this one is the most mysterious.”