Ellen Lloyd - AncientPages.com - Stories of mysterious beings who dwell in secret underground worlds are common among many Native American tribes. According to local accounts, these individuals avoid contact with the outside world and can only be seen on rare occasions. Who these subterranean people remain unknown. 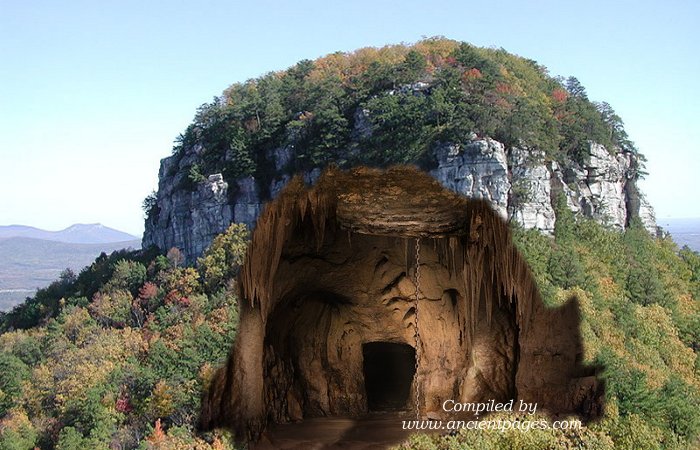 As previously mentioned on AncientPages, the “Choctaw Indians of Mississippi have a fascinating ancient legend about the Nanih Waiya Cave Mound.

The Indians say that their ancestors emerged from an artificial underground world a very long time ago, which they consider their ancestors' homeland.

During this time, the Choctaw Indians were invaded by a race of red- and blond-haired, white-skinned giants.” 1

Nanih Waiya is sacred to the Choctaw Indians and the Indians say the great mound leads to a huge subterranean world with large series of caverns where many mysterious beings dwell.

The Cherokee have a similar legend, and they “recall a white-skinned race that lived on their lands before they arrived. This group of very unusual beings was known as the Moon-Eyed people.

Cherokee legends tell the Moon-Eyed people were of small stature and had pale, white skin, blond hair, and blue eyes. They were called Moon-Eyed because they had very sensitive eyes and were unable to see in daylight. They could however see very well at night. Since these mysterious ancient people were blinded by the Sun, they were forced to live in underground caverns.” 2

According to another legend told by the Cherokee, the Pilot Mountain is home to a mysterious underground civilization.

The legend tells of a man who was taken to a strange underground place where he stayed and met the mysterious Mountain People.

The man whose name was Tsuwe'nähï lived in the old town of Känuga, on the Pigeon river. He was a lazy person who liked to spend time in the woods, and he was not a good hunter. One day he decided to go to the mountains and that is when he suddenly encountered a stranger who asked him where he was going. Tsuwe'nähï explained his friends had left him because they got tired of him. He had been driven out from his settlement because he could not hunt. Tsuwe'nähï had been told that if he didn’t return with a deer this time, he could never return to his home again. 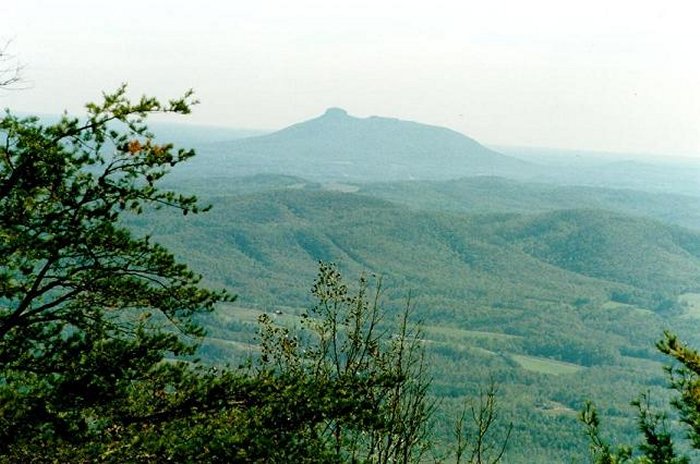 So the stranger listened to his story and asked Tsuwe'nähï to join him instead.

"Why not come with me?" said the stranger, "my town is not far from here, and you have relatives there."

“Tsuwe'nähï was very glad of the chance, because he was ashamed to go back to his own town; so he went with the stranger, who took him to Tsuwa`tel'da (Pilot knob). They came to a cave, and the other said, "Let us go in here;" but the cave ran clear to the heart of the mountain, and when they were inside the hunter found there an open country like a wide bottom land, with a great settlement and hundreds of people.

They were all glad to see him. and brought him to their chief, who took him into his own house and showed him a seat near the fire. Tsuwe'nähï sat down, but he felt it move under him, and when he looked again he saw that it was a turtle, with its head sticking out from the shell. He jumped up, but the chief said, "It won't hurt you; it only wants to see who you are."

So he sat down very carefully, and the turtle drew in its head again. They brought food of the same kind that he had been accustomed to at home, and when he had eaten the chief took him through the settlement until he had seen all the houses and talked with most of the people. When he had seen everything and had rested some days, he was anxious to get back to his home, so the chief himself brought him to the mouth of the cave and showed him the trail that led down to the river.

Then he said, "You are going back to the settlement, but you will never be satisfied there any more. Whenever you want to come to us, you know the way." The chief left him, Tsuwe'nähï went down the mountain and along the river until he came to Känuga.

He told his story, but no one believed it and the people only laughed at him. After that he would go away very often and be gone for several days at a time, and when he came back to the settlement he would say he had been with the mountain people.” 3

One man in the village believed Tsuwe'nähï was being truthful and asked if he could visit the Mountain People.

Tsuwe'nähï agreed, and the two men headed for the Pilot Mountain. When they were close to the secret home of the Mountain People, Tsuwe'nähï told his friend to sit and wait at the campfire. The man did as he had been told and waited patiently for the return of Tsuwe'nähï. It took two days and night before Tsuwe'nähï came back, and when he did, he had two girls with him.

As they stood near the fire, Tsuwe'nähï’s friend noticed “feet were short and round, almost like dogs' paws, but as soon as they saw him looking they sat down so that he could not see their feet. After supper the whole party left the camp and went up along the creek to Tsuwa`tel'da.

They went in through the cave door until they got to the farther end and could see houses beyond, when all at once the hunter's legs felt as if they were dead and he staggered and fell to the ground. The others lifted him up, but still he could not stand, until the medicine-man brought some "old tobacco" and rubbed it on his legs and made him smell it until he sneezed. Then he was able to stand again and went in with the others. He could not stand at first, because he had not prepared himself by fasting before he started. 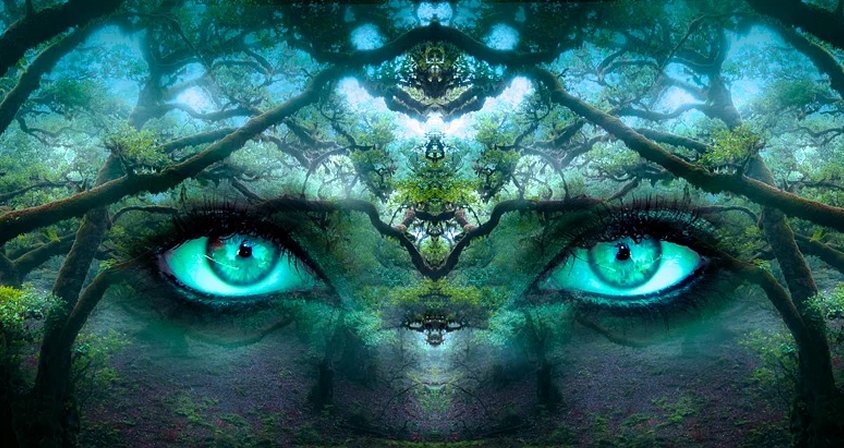 Who were the mysterious Mountain People? Credit: Public Domain

The dance had not yet begun and Tsuwe'nähï took the hunter into the townhouse and showed him a seat near the fire, but it had long thorns of honey locust sticking out from it and he was afraid to sit down. Tsuwe'nähï told him not to be afraid, so he sat down and found that the thorns were as soft as down feathers. Now the drummer came. in and the dancers, and the dance began.

One man followed at the end of the line, crying Kû! Kû! all the time, but not dancing. The hunter wondered, and they told him, "This man was lost in the mountains and had been calling all through the woods for his friends until his voice failed and he was only able to pant Kû! Kû! and then we found him and took him in." 3

When the dance finished Tsuwe’nähï and his friend went back to Känuga, and this time people in the village believed in the existence of the mysterious Mountain People. Some were so impressed and curious about these kind and generous underground dwellers that they asked to go there.

Tsuwe’nähï said he could take them to the secret underground world, but they must first fast seven days, while he went ahead to prepare everything, and then he would come and bring them. He went away and the others fasted, until at the end of seven days he came for them and they went with him to Tsuwa`tel'da, and their friends in the settlement never saw them again.” 3

Those who followed Tsuwe’nähï to the Pilot Mountain in North Carolina never returned and the Cherokee believe their friends and relatives decided to live in this subterranean world that has long been home to an unknown underground civilization.