Ellen Lloyd - AncientPages.com - The Snallygaster legend is very old and long-lived. The first sightings of this giant, fearsome bird took place in the 1730s. Later, there were rapports of how the Snallygaster brought fear and terror to Maryland and Washington in more modern times. 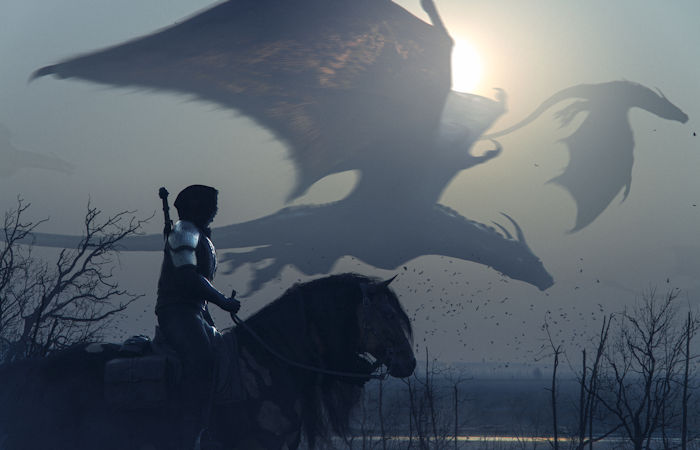 Many people claim to have seen the mysterious creature, but sometimes not everything is what it appears to be. This was the case with the Snallygaster.

The Snallygaster Had A ‘Metallic’ Beak

According to legends, the Snallygaster is a giant bird that terrorized people and animals in Maryland, USA. It was no ordinary bird. This dragon-like beast dived silently and unexpectedly down from the sky. It stole animals and children from horrified farm folk.

Those who had seen the dangerous bird described it as half-reptile, half-bird with a metallic beak lined with razor-sharp teeth, occasionally with octopus-like tentacles.

Legends of enormous birds responsible for frightening people are not unusual in North America. The Snallygaster is somewhat similar to the Piasa bird, described earlier on Ancient Pages.

Native American legends convey how the “Piasa bird appeared in America thousands of moons before the pale face came.”

The legend of the Snallygaster appears to have emerged for the first time when German immigrants settled down in Maryland. The Snallygaster was afraid of the Heptagram, a seven-pointed star, and people started to paint the symbol on their barns. They called the monstrous bird a Schneller Geist, meaning “quick spirit” in German. It was said that, just like a vampire, the Snallygaster sucked the blood of its victims.

Like many other mythological creatures, the Snallygaster had an enemy known as Dwayyo, and these two had many vicious encounters.

What Was Really Behind The Snallygaster Sightings?

The Snallygaster would most likely have remained in the realm of mythology. Still, at the beginning of 1900, Marylanders started to report sightings of a shape-shifting, mammoth winged creature near South Mountain.

Suddenly, journalists gave the creature attention, and several newspapers wrote about the Snallygaster. One of them was Maryland’s Valley Register. Reports of Snallygaster sightings started pouring in from various places such as Ohio, Washington, West Virginia, and New Jersey.

Though the description of the winged creature varied, everyone was convinced they had spotted the evil Snallygaster.

Scientists started looking for traces left behind by the Snallygaster. The creature became so famous that even President Theodore Roosevelt and the Smithsonian Institution expressed interest in these sightings. Various scientific theories about the mysterious creature were presented.

Was the creature real? Where was it hiding? Why could only some people see it?

No one knows whether the Snallygaster existed at some point in time or was only a terrifying mythological giant bird. However, what has been confirmed is that Snallygaster’s alleged existence was used for financial gain. It was later revealed that the 1909 reports of the Snallygaster were part of a hoax crafted by Middletown Valley Register reporter Ralph S. Wolfe and editor George C. Rhoderick to increase readership for their regional publication.

Later investigations uncovered evidence that the newspaper used motifs of German folklore, including dragon-like creatures who snatched children and livestock, to fabricated stories about the Snallygaster.

According to folklorists, the legend of the Snallygaster falls within the realm of what folklorists call fakelore.

Readers of Ancient Pages have observed that many myths and legends are based on true events. Mythology and legends can be a work of fiction or relate to happenings that science may eventually confirm. Sadly, in the case of the Snallygaster, myths and legends were used to perpetrate a hoax and fool innocent people just to earn money.