AncientPages.com - Archaeologists from the University of Reading have found a set of 12,000-year-old tools made by the Ahrensburgian culture,  which flourished in mainland Europe towards the end of the last Ice Age.

The tools - unearthed on the coastline of the island of Islay in the Inner Hebrides - are usually discovered in mainland Europe, Denmark, and Sweden.

The discovery suggests that the Ahrensburgian people were coastal foragers who may have hunted sea mammals from skin boats in northern Scotland during the summer months. 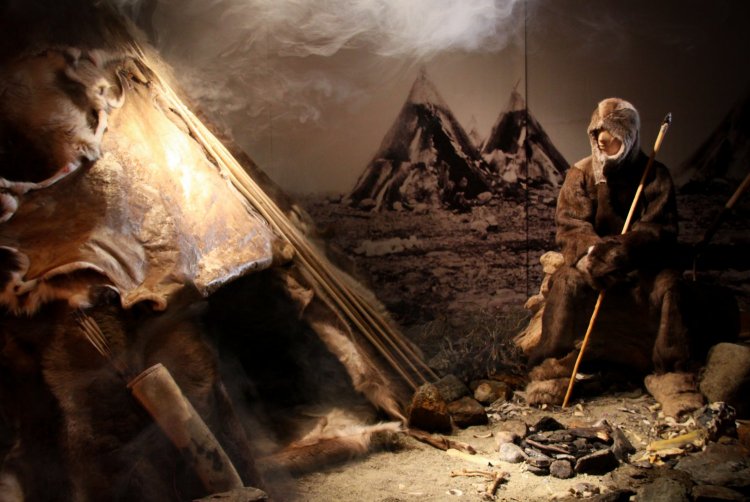 “The Ice Age tools provide the first unequivocal presence of people in Scotland about 3,000 years earlier than previously indicated. This moves the story of Islay into a new historical era, from the Mesolithic into the Palaeolithic,” Karen Wicks of the University of Reading said in a press release.

The discovery also suggests a level of seafaring and exploration entirely unexpected for the Ice Age.

The tools were discovered while the team were excavating what turned out to be one of the best preserved Mesolithic sites in Scotland. That revealed a diverse range of stone tools, animal bones, plant remains and a fireplace. However on the last day of the excavation the team were stunned to find tools that would have been used thousands of years earlier. 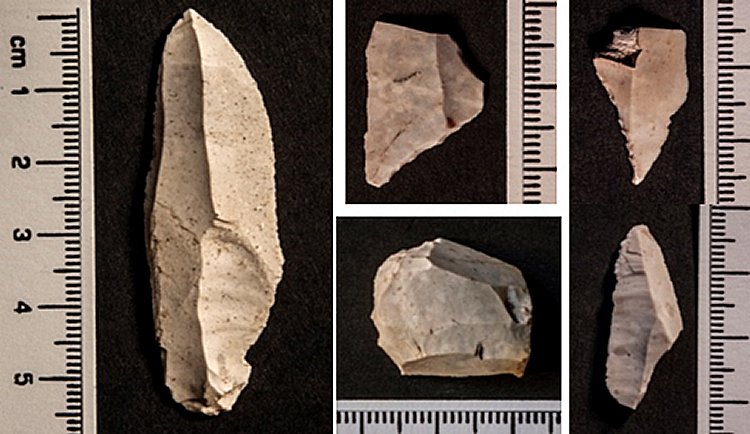 The age and distinctive style of the tools means they had been made by people of the Ahrensburgian culture, which flourished in mainland Europe towards the end of the last Ice Age.

"The Mesolithic finds were a wonderful discovery - but what was underneath took our breath away. The Ice Age tools provide the first unequivocal presence of people in Scotland about 3000 years earlier than previously indicate," said Dr Wicks.

Professor Steve Mithen and Dr Karen Wicks, from the University of Reading's Department of Archaeology led the excavation.

"This moves the story of Islay into a new historical era, from the Mesolithic into the Palaeolithic," Wicks added.

"Western Scotland was the northwest frontier of the Ice Age world, a continuous landmass stretching across Europe to Asia. It was originally thought that people first arrived in Scotland after the end of the ice age, around 10,500 years ago. However we now know that a group of ice age hunter-gatherers visited Islay much earlier, discarding broken stone tools at what we think was maybe a camp site, on the island's east coast.

"At that time the highlands of northwest Scotland remained covered by glaciers and Britain was still attached to the continent by low-lying bogs and marshes, a region we now call Doggerland. We believe there were windows of opportunity, probably in the summer months, during the closing stages of the Ice Age when people would have visited Rubha Port an t-Seilich. It would have provided easy access via a sheltered bay to a rich array of natural resources from the sea, coast and land.

"The Ice Age hunters likely sailed in skin boats along the rivers and marshes of Doggerland and then around the north of Scotland to arrive at its west coast, where Rubha Port an t-Seilich provided an attractive camp site.

The finds were dated using Tephrochronology - a new sophisticated technique in archaeology, which analyses microscopic fragments of volcanic ash. Volcanic eruptions in Iceland resulted in ash clouds over Scotland, with layers of volcanic ash deposited over the landscape. Each eruption produced volcanic ash with a distinct chemical composition, and many of these eruptions have been accurately dated.

Several layers of volcanic ash were found at Rubha Port an t-Seilich coming from both above and below the stone artefacts. This has enabled the team to date them at 12,000 years old, 3000 years older than any previous discovery on Islay.

"The 2013 trial excavation only scratched the surface of what might be buried at Rubha Port an t-Seilich. Excavation of the underlying Ice Age campsite there will take us into completely new archaeological territory for Scotland. We can't wait to go back next year," Dr Wicks said.