A. Sutherland  - AncientPages.com - We use to associate martial arts mainly with the Far East, China - Kung Fu, and Japan - Karate, but the truth is that India is the cradle of martial arts.

Today's article is about Kalaripayattu (or kalari), an ancient South Indian martial art that in the past was considered so dangerous that is was banned by the British. Nowadays, many understand the health benefits of Kalaripayattu, which now is empty-handed practice without the use of any weapons. 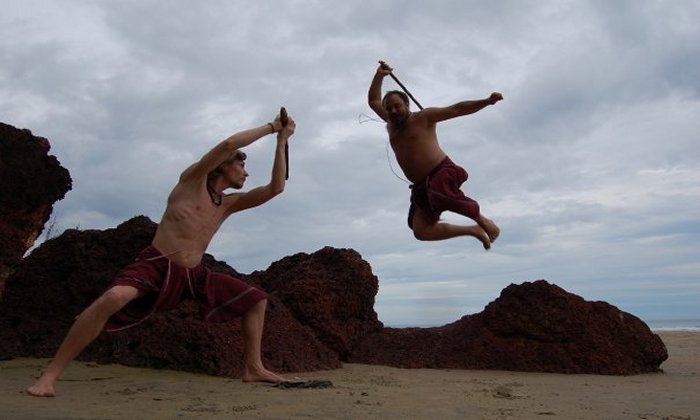 According to Chinese legend, the Buddhist sage Bodhi Dharma (also known as Bodhidharma) was a semi-legendary monk who lived during the 5th or 6th century. He came from India to the Shaolin Monastery, the main temple of the Shaolin school of Buddhism to this day.

As an expert in Kalaripayattu, Bodhidharma spread both knowledge and practice of this martial art in China, where it eventually evolved to Kung Fu and later to karate.

In the beginning, the monk introduced it for the physically weak due to the monks' prolonged meditation, movement exercises of martial techniques to strengthen their effortless, vulnerable bodies.

Martial arts in India existed for over 3000 years and is mentioned in the Vedas. Kalaripayattu is considered the original and the oldest surviving martial art on the Indian subcontinent, especially in the region of Kerala and Tamil Nadu, and it is still in existence.

According to ancient folklore, the god Vishnu transmitted the knowledge of Kalaripayattu to the sage Parasurama and his twenty-one disciples. Kalaripayattu - the most popular amongst many martial arts practiced in India - was later learned by ordinary people in South India through the art's disciples.

The word kalaripayattu (means training ground) is a combination of two words, namely, 'kalari' (ground or teaching place) and 'payattu' (fight, and exercise). Styles of this ancient martial art differ considerably from one tradition to another.

Kalaripayattu or simply ‘kalari’ includes hand-to-hand combat or the use of weapons like sword, spear, stick, and fight between unarmed and armed persons; it is closely related to the old Indian traditional medicine Ayurveda and herbal medicine. Additionally, it also uses ancient massage techniques based on knowledge of the sensitive points of the body.

Kalaripayattu is deep-rooted in Hinduism and based on Hindu medicinal concepts found in Ayurveda. Skilled practitioners of Kalaripayattu master complex knowledge of healing techniques and pressure points on the human body. 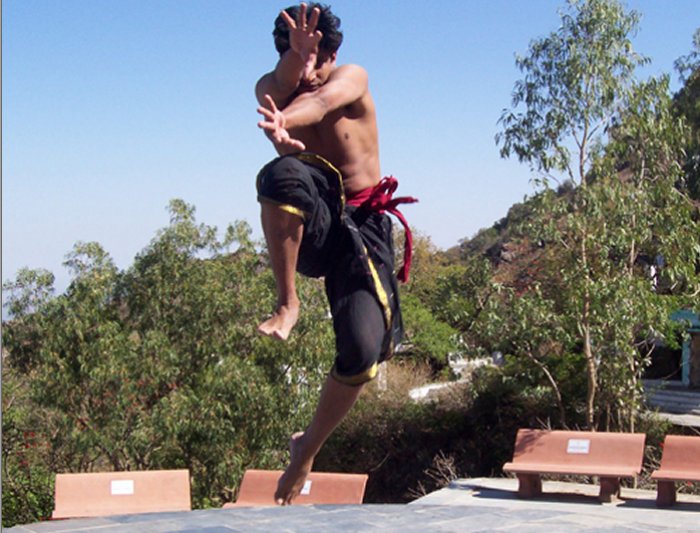 Students are taught Kalarippayattu as a way of life, with a sense of compassion for other people, discipline, and respect toward the master, parents, fellow-students.

It is essential to understand that Kalaripayattu should only be used as a means of protection when no other alternative is available, and the confrontation is the only way.

Historically, men and women alike would undergo essential training in Kalaripayattu, starting at the age of 7 or 9 and continuing until the end of their education. Later it is up to them to decide whether they want to pursue a martial art career, and in that case, they have to continue their training for the rest of their lives.

Kalaripayattu techniques are a combination of steps ('Chuvadu) and postures (Vadivu). They are named after various animals and are traditionally presented in eight forms. The most important teaching method of Kalarippayatt is by verbal commands.

The training consists of two phases that involve basic exercises consisting of a combination of pranayama (the practice of breath control in yoga) and different yogi postures. The various steps and movements are all in harmony with the various body parts. The excess fat can be removed and blood circulation regulated through such practices.

Several researchers have reported that pranayama techniques are beneficial in treating a range of stress-related disorders.

Alexander The Great And Confrontation With The Indians

Europeans came into contact with Kalaripayattu in 327 BC, when the Greeks, led by Alexander the Great, set out to conquer India. It was Alexander's last win, and at the same time, the most challenging campaign, as the Indians proved to be great warriors.

For centuries, Kalaripayattu was the martial art of the armies of Indian kings. It flourished from the 13th century to 18th century AD.

The decline of kalari began when the British settled in India. The Hindus were so highly skilled in their art that the British authorities, under the threat of the death penalty, banned the military part of the kalari practice, considering it as extremely dangerous. Kalaripayattu becomes very dangerous in the next phase of training when weapons like the sword or the knife are wielded and extremely good concentration, muscular strength, swiftness, and precision must be developed. Also, the limbs of the body must move along with the eyes. It’s vital because a moment out of focus may cost one’s very life.

Therefore, the British allowed only the practice’s medical aspect. Today, Kalaripayattu is a method of physical fitness and an empty-handed means of self-defense.

Kalaripayattu And Ayurveda – A Way To Better Health

Combined with the old Indian tradition of Ayurveda and herbal medicine, India’s oldest martial art – Kalaripayattu – is no doubt a great solution to fight modern diseases.

It is beneficial to an individual’s physical and mental growth and it can help us to control the mind and better keep the diseases in check.

To enter the Kalaripayattu training is to obtain physical purity in our body by a certain diet and lifestyle. Intoxication is to be avoided, as are extreme feelings like anger and desire.