A. Sutherland  - AncientPages.com - In Slavic mythology, this winged demon is called Strzyga (in Polish). In beliefs of other cultures is known as Strix (Strigoi). Rarely known in the male form, Strzyga is somewhat similar to vampire. 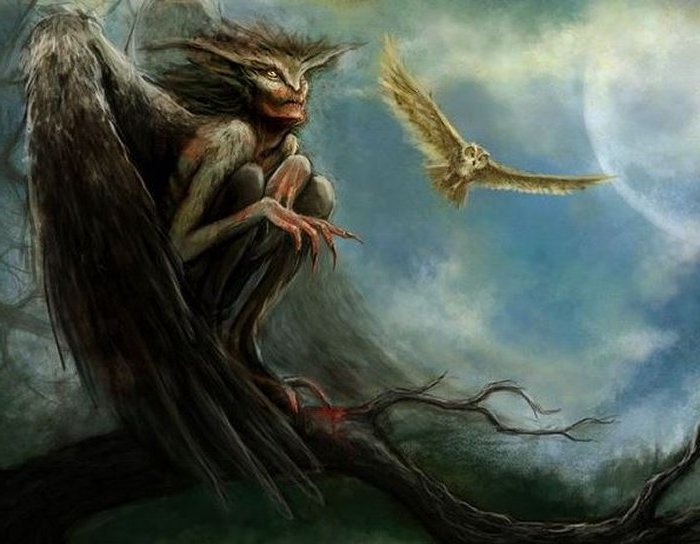 In the Greco-Roman beliefs, a witch was called a strix (Strigoi), who took the form of a bird under the cover of the night. In beliefs of classical antiquity, the strix, was a bird of bad omen.

According to some accounts, this ominous large-headed bird had a human face, human fingers that were curved like claws, greyish white bat wings, yellow transfixed eyes, four legs and a long, voracious beak, which was used to suck the blood of its victims or fed on their bodies. Her breath was believed to be poisoned and her victims were most often sleeping infants.

But among ancient Greeks and Romans, this malevolent creature fed more often, on ‘spiritus vitae’, the life force (literally ‘breath of life’) of the victim. A cemetery was believed to be the creature’s favorite place, where its crying was usually heard at night-time.

Where Did This Demon  Come From?

The souls of people, who were born with two hearts, two souls, and a double row of teeth, are left to be stalked; they usually become the strixes. In the first life, they are mostly harmless and not much different from other people, because their second raw of teeth is almost invisible. Later, when their true destiny comes out, they suffer because of their otherness.

In Slavic beliefs, the Strzyga usually dies at a young age, but when one soul leaves, the other survives to begin hunt. 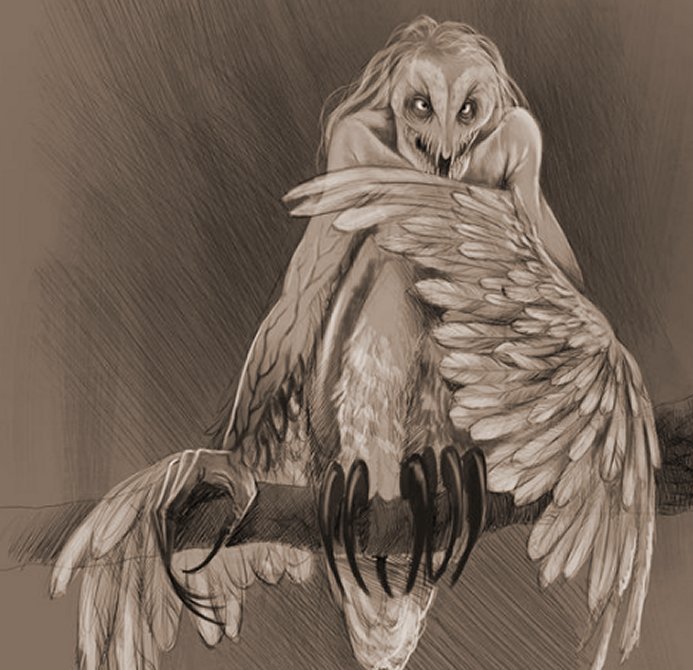 Many of them can turn into owls; they are lonely hunters, do not join others living in clusters and have no other desires than satisfy hunger.

Sometimes, they want revenge for the harm they suffered in their first life.

Is It Possible to Defend Against This Vampire?

It was possible to defend against the strix by hanging branches of hawthorn in the window, sprinkling the threshold with water, or giving it to drink the blood of a pig, a substitute for child's blood.

The ancient Romans believed that their goddess Carna, patron of the door, was also a divine babysitter and a protector, who, by means of magical spells, chased away the strix. When the strix occasionally appeared in the church tower at night, this ominous bird heralded an imminent death to all who were within her sight.

In later folklore dated the 16th century, these demonic creatures used to attend a witches' Sabbath, where they fought with each other. If an accidental mortal strayed in the area and witnessed such a fight, he ended up being beaten and with the arrival of dawn losing his memory of the whole event or speech.

Along with sunrise, or with the early morning ringing of church bells, they had to end their night activities and go back to abandoned houses to deal with weaving, spinning wool, and sewing linen shirts for themselves. If they had not left at the appointed time, they were supposed to crumble in half and lose their powers, similar to vampires when their powers are often limited during the day or in daylight.

Also Stikini (‘man-owl’), in ancient folklore of the Seminole Indians of Oklahoma had to return back before dawn because sunlight had disastrous consequences for the creature’s supernatural abilities to turn back into human shape. Likewise, the all-knowing dwarf Alvis in Norse mythology, who forgot that his kind could never face the light of day, and disappeared.

Sherman, Storytelling. An Encyclopedia of Mythology and Folklore