A. Sutherland - AncientPages.com - "On the earth there once were giants." Greek poet Homer wrote in 400 B.C.

People of Africa have memories of the giants who once lived on Earth. African legends describe these powerful beings as brave men who had shining eyes. They were very strong and their voices could be heard from one town to another. A legend tells that: 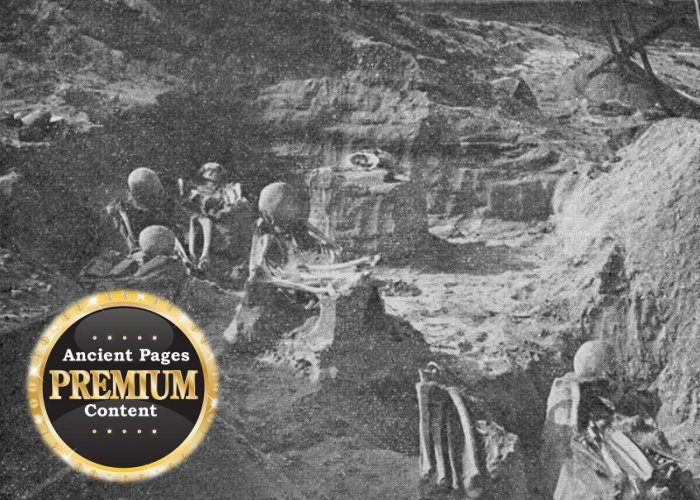 "They wandered without let or hindrance to places where no man had ever been before. One could not look them in the face because their eyes were so bright that it hurt one's own eyes to look at them. It was like looking at the sun."

We know that myths and legends of every culture contain important elements of truth. Legendary giants are also an important part in the mythology, but they are definitely not a myth. One of the most puzzling archaeological mysteries has been discoveries of giant prehistoric human skeletons.

A perfectly formed giant's footprint imprinted in granite was discovered in 1912 by a farmer called Stoffel Coetzee while hunting in what was called the Eastern Transvaal, South Africa.

Their remains scattered worldwide have been unearthed but the evidence of them has been hidden and neglected for years. Otherwise, why have remains of humans, who unmistakably were gigantic in size, been found if such persons never existed?