A. Sutherland  - AncientPages.com - The last confrontation between friends of the gods and their enemies will occur in the field of Vigrid on the day of Ragnarok.

Naglfar (Old Norse "nail farer") is a ship made from dead men's nails in Norse myths and legends.  It is attested in the Poetic Edda, based on earlier traditional sources and compiled in the 13th century, and Snorri's Prose Edda, written in the 13th century. 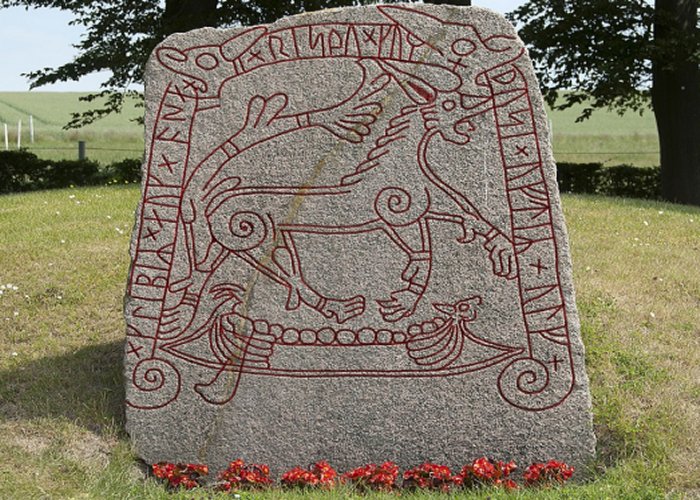 According to the Poetic Edda, the ship sails from the east and is packed with forces of evil and chaos.

Naglfar is on its way into the battle against the Aesir gods and will arrive on the shores of Midgard just in time when the Midgard serpent emerges from the sea.

The ship's captain is the giant Hrym, who brings with him all the legions of the giants, while Loki takes the helm of the fatal boat full of giants. He steers Naglfar over the stormy and cold northern waters to Vigrid (Norse: Vígríðr), the plain where the decisive battle will take place. The gods and Vikings will also make their way to Vigrid.

Loki knows that his daughter Hel, queen of death and the underworld, and his brother Byleist are also on board Naglfar. A mischievous god Loki who symbolizes fire and deception has never been a true friend of the gods. Loki will fight with Heimdallr (Heimdall), who illuminates the world and possesses foreknowledge, keen eyesight, and hearing; they both fall at Ragnarok.

The giant Surt is the ruler of Muspelheim, the land of primordial fire and flames. He participates in this worst of all battles, leading the fire giants and his servants against the gods. They are all well-trained by Surt and ready for the final confrontation on the day when the world as we know it will cease to exist. The giant Surt will fling fire over the whole Earth so that it burns. The son of Loki, Fenrir, will swallow Odin, killing him, but Fenrir will be victorious only for a moment because Odin's son Vidar will immediately avenge his great father.

Many must die at Ragnarok, and the ship Naglfar is also doomed. The ghastly Naglfar would slip its moorings in the violent seas whipped up by the furious sea monster Jormungandr.

At Ragnarok, all demonic forces will try to defeat the gods,  according to an apocalyptic vision of Snorri Sturluson, an Icelandic historian, poet, politician, and author of the Prose Edda (or Younger Edda), among others. His vision includes fierce battles that will take place worldwide and last for three cold and dark years. Terrible winds will constantly blow in all directions, and there will be no summer because the sun will stop shining.

Superstitions have often accompanied ancient people in their daily life. According to old Norse beliefs, no one in the Viking world needed to die with untrimmed nails. As Snorri says, there is one way to delay the ship's arrival.

The ship's size would depend on how many deceased had been buried with unpaired fingernails.

If someone dies with long fingernails, the surviving relatives of the dead must immediately cut them short before the deceased is laid to rest. Otherwise, their nails will be used to build the Naglfar larger and more robust.

The ancient Vikings believed that this action could significantly delay the construction of the ghost ship and the day of the world's end.