A. Sutherland - AncientPages.com - Loki is an elusive figure in countless Northern myths, but he is also the most fascinating of all the members of the Norse pantheon.

Listed among the Aesir as a constant companion to the gods, especially Odin and Thor, Loki is destined to be their adversary at Ragnarok. 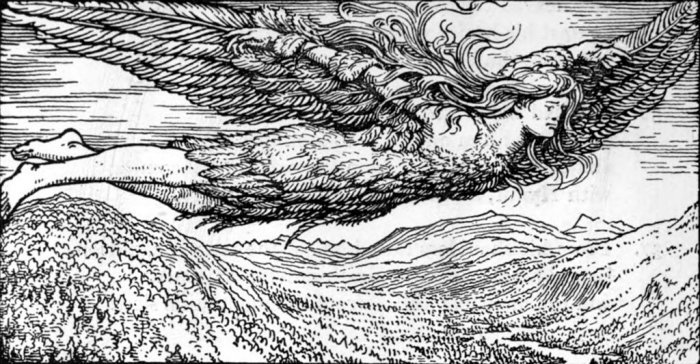 The main symbol associated with Loki is a serpent, as it represents his mischievous and cunning deeds. He is the son of giants, a thief and trickster/shapeshifter, responsible for all possible mischief and deception that the gods have to suffer.

He is known as the "prince of lies" and the "arch deceiver."

On the other hand, through his cunning, Loki remains the gods' friend helping them in difficult situations.

As the companion of Thor and Odin, Loki is almost always presented alongside them. Although never fully trusted in the beginning, Loki tries to be very helpful when assisting Odin in the world's creation. Under his instructions, the dwarves produced some divine treasures for the gods and shapeshifted into a mare to give birth to a magical Odin's horse, Sleipnir.

In many myths, Loki is not presented in them in the same way. In his "Myths of Northern Lands," H. A. Guerber writes that instead of being part of the creative trilogy (Odin, Hoenir, and Lodur), Loki originally belonged to an older pre-Odinic race of deities and was the son of the great giant Fornjotnr (Ymir). 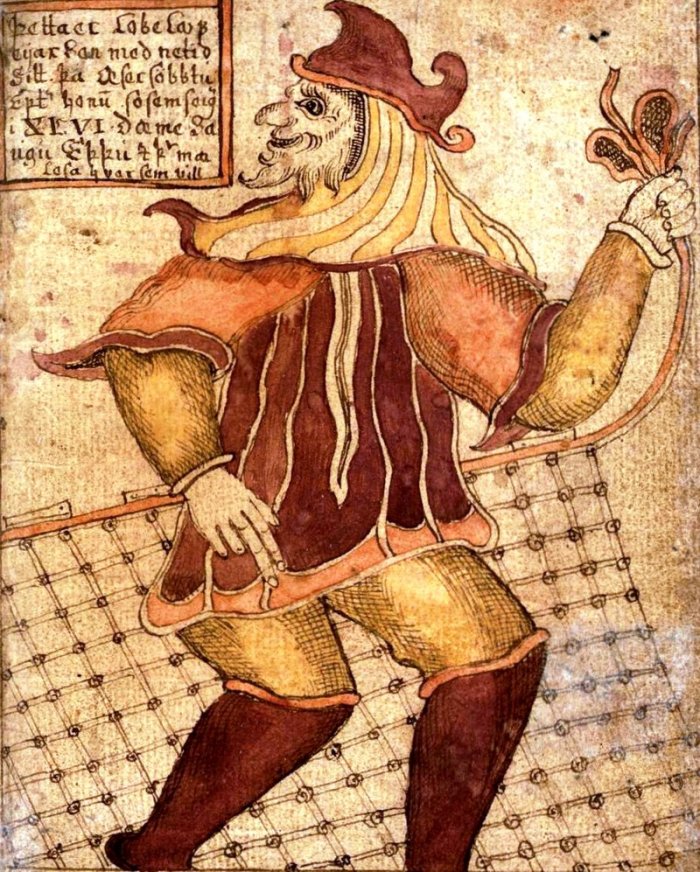 Loki with a fishing net (per Reginsmál) as depicted on an 18th-century Icelandic manuscript (SÁM 66. Image is now in the care of the Árni Magnússon Institute in Iceland. Public Domain

Other myths make Loki the son of the giant Farbauti (identified with Bergelmir), who was the sole survivor of the Deluge. Loki is even described as a blood-brother to Odin. His connection with Odin was only that of the Northern oath of good fellowship as it is attested in Lokasenna, one of the poems of the Poetic Edda.

Later something changed in his complex nature, which became more vicious and even evil when Loki brought about his brother Balder's death and actively assisted in other crimes.

Loki could finally join the giants in the attack on Asgard. In this battle, he fought against his worst enemy, Heimdall, and they slew each other. As punishment for causing Balder's death, Loki was bound across three large rocks, so he could not break loose until the last battle took place at Ragnarok.

Loki married three times. His first wife, Glut, bore him the children Eisa and Einmyria; their names refer to fire and its warmth.   His other wife was a giantess, Angrboda, and  Loki had three monstrous children: Hel, the ruler of the dead, Jormungand, the World Serpent, and Fenrir, the monstrous wolf. In this very positive aspect, Loki is the deity of the fireside, leisure, and relaxation; peasants, worshiped him as the greatest of all the gods. 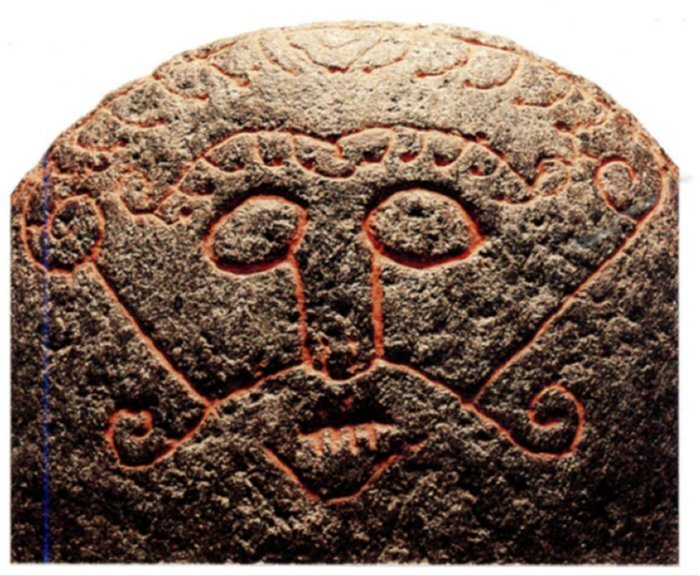 A furnace stone from Snaptun, Denmark, thought to show Loki with his lips sewn up by the dwarves to punish him for trying to cheat them when they forged the treasures of the gods. Image credit: Bloodofox - - Public Domain

Loki kept the existence of these monsters secret as long as he could, but they quickly grew so large that they could no longer remain confined in the dark cave in Jötunheim where they had come to light.

Hel, Jormungand, and Fenrir were the symbols of pain, sin, and death. They later threatened the very existence of the gods.

Loki's fascinating personality has always captivated the ancient people of Scandinavia. In 1950, semi-circular flat soapstone depicting a mustachioed face was discovered on a beach near Snaptun, Denmark.

The face - carved around 1000 CE - depicts a face with scarred lips. The figure was identified as Loki, and as retold from Norse texts, a dwarf, Brokkr (in old Norse: "the one who works with metal fragments; blacksmith"), pulled an awl from his shirt and pierced a series of holes along Loki's upper and lower lips. Then, he drew out a leather thong and sewed Loki's lips together, leaving him speechless.

The soapstone's depiction may point to a connection between Loki, flames, and smithing.

Hampton B. J. An Encyclopedia of Norse Mythology