A. Sutherland - AncientPages.com - In Norse mythology, Vidar (in Old Norse: Vidarr – “wide ruler”) was famous for his silence.

He was one of the respected gods among the Aesir and one of the two gods associated with vengeance (the other one was Vali, his half-brother). Vidar was also very brave and fierce warrior who did not like to speak much and boast. 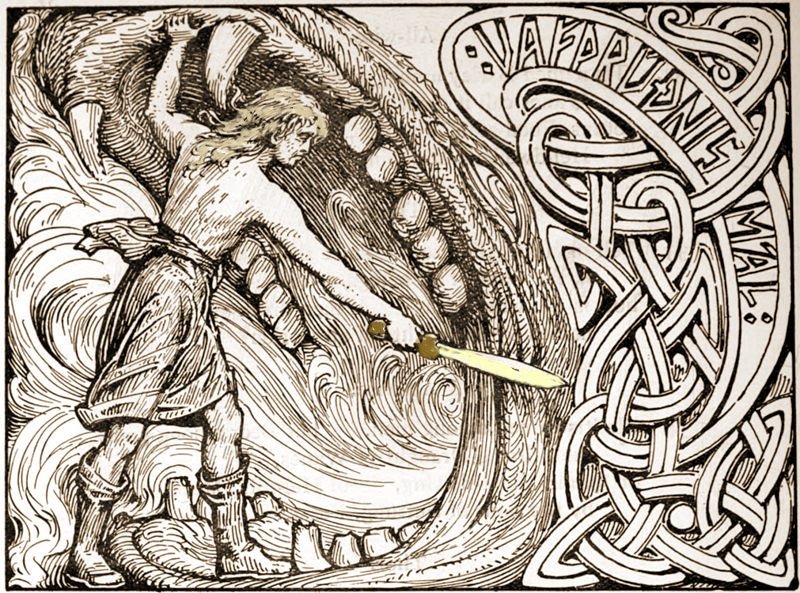 The god Víðarr stands in the jaws of Fenrir and swings his sword. The list of illustrations in the front matter of the book gives this one the title Vidar (motive from the Gosforth Cross).  Credit:W.G. Collingwood (1854 - 1932) – Public Domain

He possessed an enormous strength, which was only surpassed by Thor and the Aesir gods often depended on him in times of trouble.

Vidar – “the silent god” is foretold to avenge his father's death by killing the wolf Fenrir at Ragnarok This god is attested in several sources, like Snorri Sturluson "Edda" and  his "Prose Edda" books Gylfaginning and Skáldskaparmál. He is also mentioned in the Poetic Edda, the Icelandic medieval manuscript known as the Codex Regius. The Codex Regius is considered to be the most important extant source on Norse mythology and Germanic heroic legends.

In our earlier article, we acquainted us with the evil Fenrir (“bog dweller”) who had to feed on the bodies of the dead. Born in the Iron Forest (Järnwidur), located on the border of Utgard and Midgard, Fenrir (or Fenris) was one of three terrible monster-children of the trickster god, Loki. He was born in the likeness of a gigantic wolf whose eyes and nostrils spewed out fire.

His mother was the giantess and witch, Angrboda who had two other terrible children, Hel, ruler of Niflheim, the land of the dead and the Midgard Serpent, Jormungand, a hideous, venom-spewing serpent

These two – not exactly friendly creatures - were siblings of Fenrir. 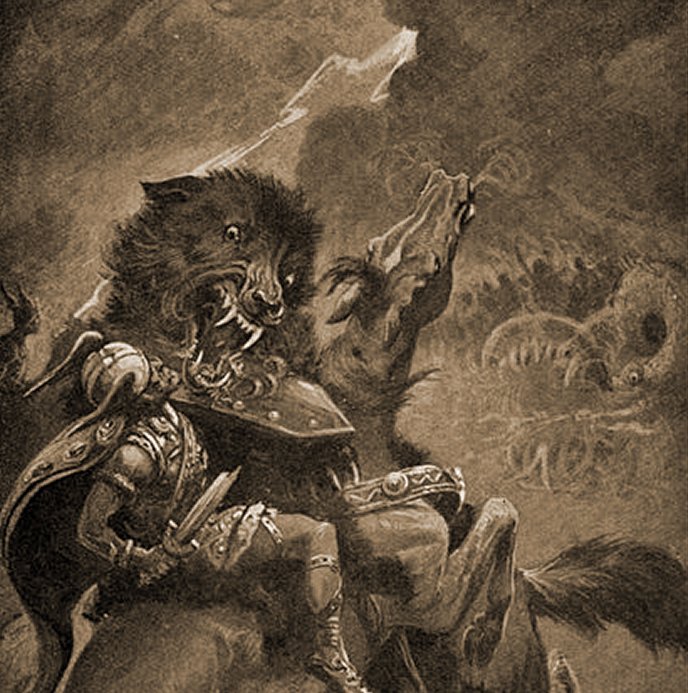 Vidar’s father was the great god Odin and mother, the friendly giantess Grid. His home was called Vidi (Vide or Landvidi), a peaceful and silent place, full of tall grasses, growing saplings and wildflowers, where he rides and exercises his spear.

In the saga Grímnismál, Odin describes the halls of many gods, including that of his son Vidar:

and there the son proclaims on his horse's back

that he's keen to avenge his father..”.

God Vidar was so admired that in the 9th century he was depicted on a stone cross in the English city of Gosforth in Cumbria, England. On the cross, he fights against Fenrir the wolf immediately after he devoured his father Odin. 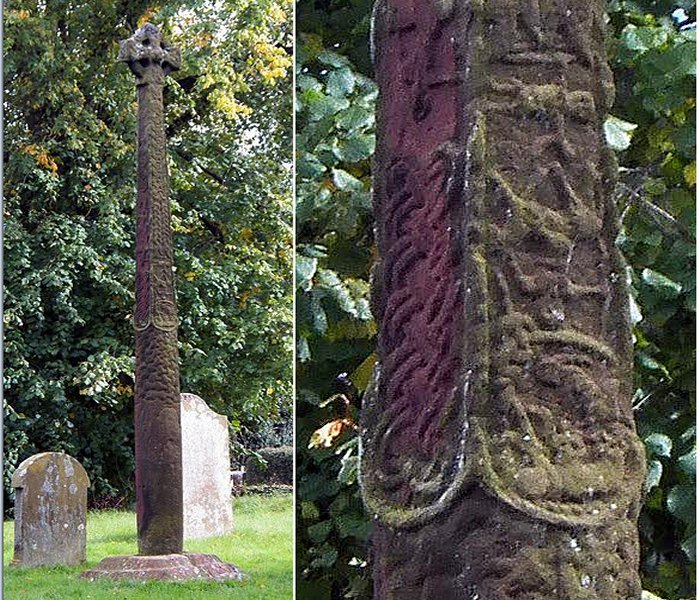 Gosforth cross; the tallest viking cross in England. In the graveyard of the parish church of Gosforth, Cumbria. Image credit; Doug Sim/Wikipedia

The Gosforth Cross has intricate carvings depicting characters and scenes from Norse mythology and these include the god Heimdallr holding his horn; the god Vidar tearing the jaws of the wolf Fenrir; Thor's failed attempt to catch Jormungand, the Midgard Serpent and Loki, the trickster god.

One day in the future, the god Vidar must leave his quiet and peaceful land to fight at Ragnarok, “the darkness of the gods”, the coming destruction of the world, whose inevitability is impossible to fight with.

He had to face the evil monster, Fenrir and defeat him and so it happened.

On that day Vidar leaped from his horse and attacked Fenrir to avenge his father, Odin. He stepped down with one foot on the lower jaw of Fenrir, grabbing his upper jaw in one hand and tearing his mouth apart. Finally, Fenrir was dead.

Tradition has it that Vidar wore a special shoe or boot that had been made from leather pieces, he saved throughout all time.

Another version of the myth says that it was Vidar's mother Grid made the shoe for Vidar.

Vidar “the silent god” was one of the few gods who survived Ragnarok and became one of the rulers of the new world.