A. Sutherland - AncientPages.com - Norse myths and legends give us elaborate descriptions of the Nine Worlds, which are located in roots and branches of Yggdrasil, a gigantic Universal World Tree.

The roots of Yggdrasil have their beginnings in the interior of the Earth, where the kingdom of giants and the land of the dead are located. 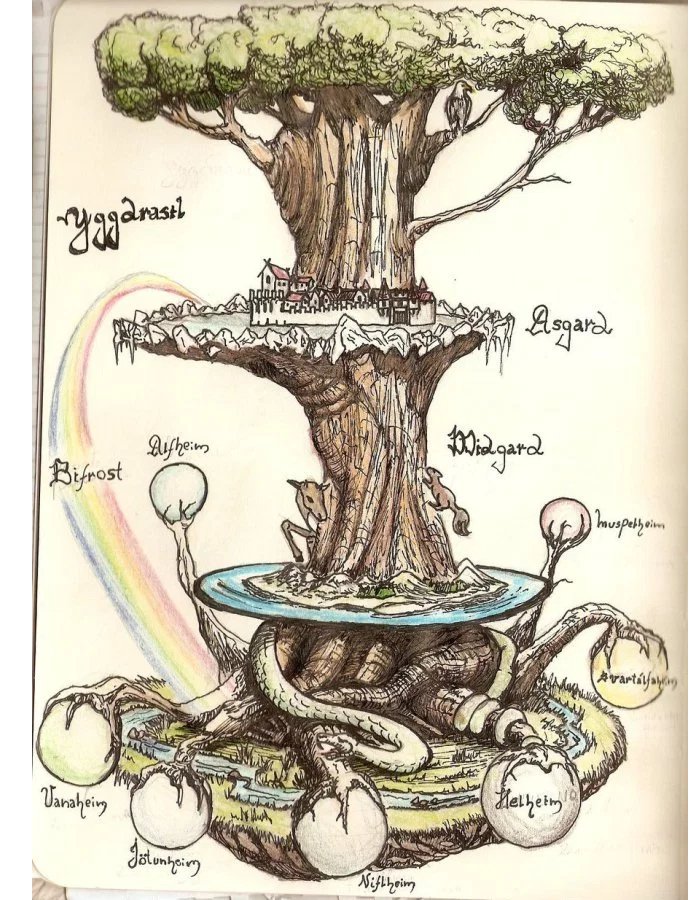 Three of these worlds are above the Earth and most important of them is Asgard.

Asgard - The Abode Of Norse Gods 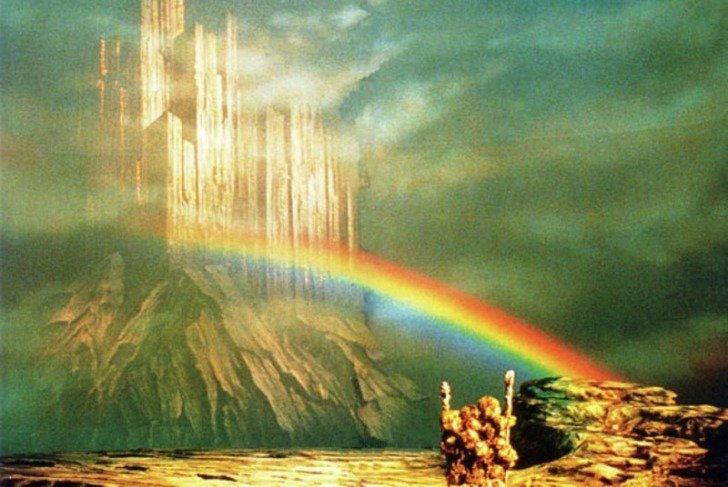 This realm was located beyond and above the human world so it might have been located in the sky; old myths confirm that only one road leads to Asgard – the rainbow (the Bifrost bridge), connecting Earth with Heaven. Asgard was the headquarters of the Aesir Gods that included Odin, Thor, Idun, Balder, and many more.

Asgard has as many as 540 halls and one of them (Valaskjalf ) belongs to Odin, the god of war and magic and the most complex figure of the Norse pantheon.

Muspelheim – The Land Of Primordial Fire And Flames 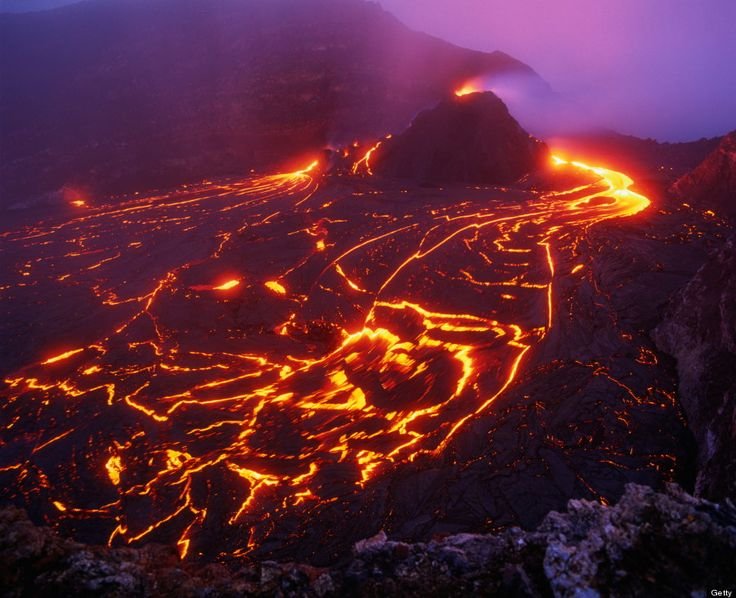 It is the second world located “above” the Earth. In Muspelheim, ruled by the evil fire god Surt or Surtur (Black). From this realm, sparks fly up to the sky, created the heavenly bodies. Surt, who guards the entrance to his world with a blazing sword, has burning hair and is covered in glowing lava. Surt’s crucial role begins at the end of the world, according to a myth.

It is believed that Muspelheim is inhabited the fire giants and fire demons, but it can also be “a no man’s land.

Alfheim – The Home Of The Light Elves 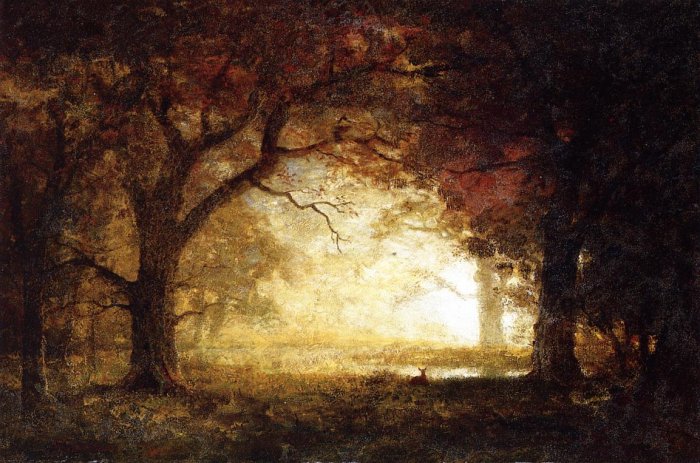 The third world located above the Earth belongs to beautiful minor deities of nature and fertility.

The Light Elves are highly skilled in the art and magic and also believed to be guardian angels. They have magical powers, which give them abilities to both hinder and help humans.

One of the major gods, Freyr who controls the weather on the planet Earth, also oversees the Alfheim world.

Midgard – The Home Of Humans Encircled By Evil Serpent 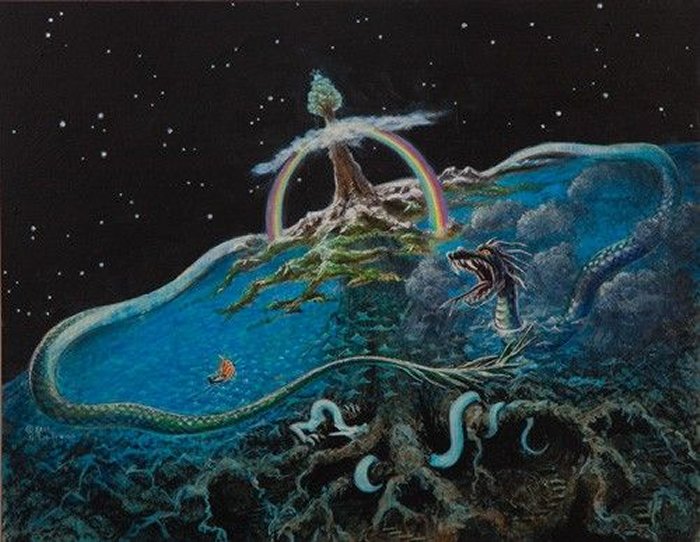 The world of humans is called Midgard (or Mannheim) and is located exactly below Asgard. It is surrounded by vast oceans that cannot be passed and coiled by the Midgard Serpent, an evil, huge sea serpent, Jormungand, yet another child of Loki trickster god. In Norse mythology, Jormungand is so big that it encircles the world, biting its own tail.

During Ragnarok, the great thunder god Thor will finally kill monstrous Jormungand, but not before Jormungand can drop poison on Thor and kill him as well.

Vanaheim – The Home Of The Vanir Gods 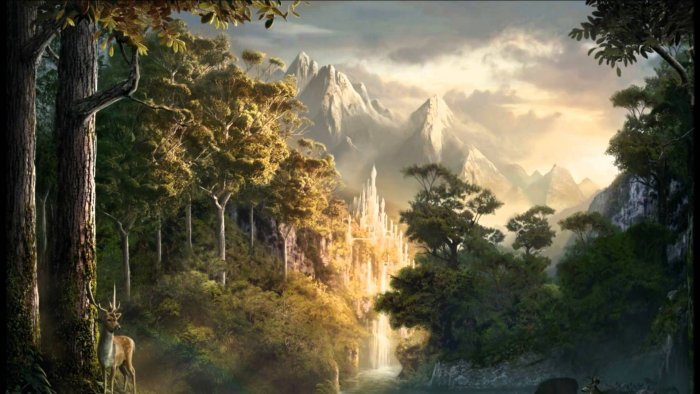 It is the home of the Vanir, the Old Norse gods, the masters of sorcery and magic, who could also predict the future. The Vanir were related to the planet Earth, fertility, and wealth.

In the beginning, the Aesir and Vanir were in war with each other, but eventually, they realized that this was meaningless because neither side was able to win. They made peace and decided to fight their true enemy – the giants. The Vanir gods – Niord (god of the sea and seafaring), Freya (goddess of love, beauty, fertility, who also had powerful abilities to manipulate one’s destiny) and Freyr (the patron of farming, weather and, as phallic fertility) decided to live among the Aesir in Asgard.

Hoenir and Mimer who represented the Aesir gods, moved as hostages, to Vanaheim. In some myths, Mimer was beheaded by the Vanir, because he refused to give them the secrets of the Aesir.

Jotunheim – Also Known As The World “Beyond The Fence"

It is one of the nine worlds inhabited by giants (“Jotuns”) - Frost Giants, Ice Giants; Mountain Giants, and Storm Giants. The inhabitants of Jotunheim are described in myths as twenty to thirty feet tall; strong with flesh and bone density three times that of humans.

They are vulnerable to heat and thrive best in their own environment. From Asgard, the world of giants is separated by the river Ifing. It is a cold, mountainous world, covered with deep forests.

According to ancient myths and legends, the first living being that walked the Earth was a Jotun called Ymir and it was from him the world was created.
The fearful, superhuman giants living in Jotunheim were enemies of the Aesir gods and goddesses. These two races fought frequent battles. However, three Jotun giants managed to enter the Asgard and they were accepted. These three giants were Aegit, the trickster god Loki and Karl.

Svartalfheim (Nidavellir) - The Underground Home Of The Dwarves 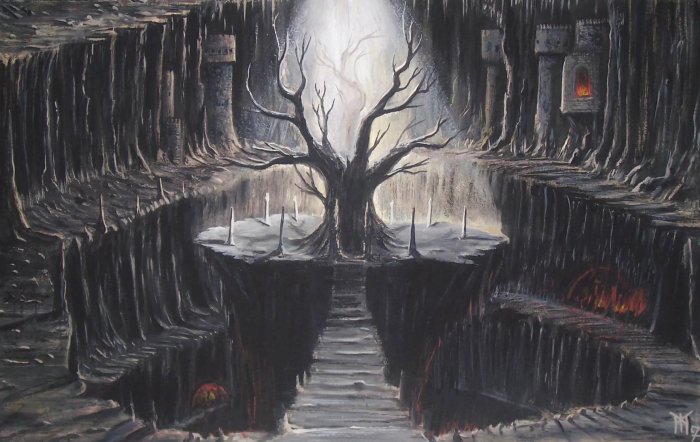 This realm is known as the world of the dwarves, who hate the sun and the light of any kind because if exposed to it, these beings turn immediately to stone.

In this underground world, they created corridors, never-ending passages, and tunnels. They are excellent miners and highly skilled craftsmen who extract and store precious metals and stones, but they do not have a positive attitude towards humans giving them nightmares and haunting the animals.

They are not pleasant to look and are considered nothing but trouble.

Niflheim – Most Inhospitable World Within Yggdrasil 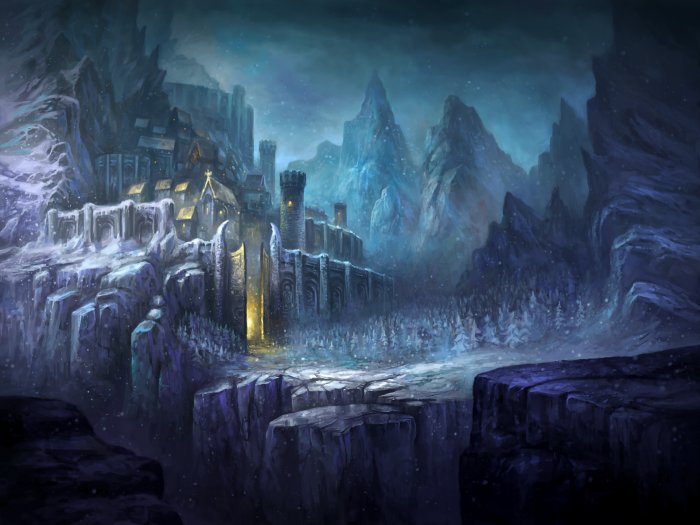 Finally, there is Niflheim, the most inhospitable and darkest world of the densest mists and fogs. It was the first of the nine worlds created within Yggdrasil and located to the north of the great plain of Ginnungagap.

Niflheim was eventually given to the goddess Hela and became the land of the dead, additionally divided into nine regions.

In this world is located the well (or spring) of Hvergelmir (“bubbling” or “boiling spring”) from whence all cold rivers, Elivagar, run. The third root of the World Tree, Yggdrasil, hangs over the poisonous vapor that rises from Hvergelmir.

A terrible, monstrous corp-eating dragon – Nithog (Nighug) guards the well. Hvergelmir is the origin of the living and the place where the living will one day, return when they die.

According to the Eddas, there is a mysterious gate in this world that opens into “the abode of death" – Helheim.

Helheim – The Abode Of The Dead 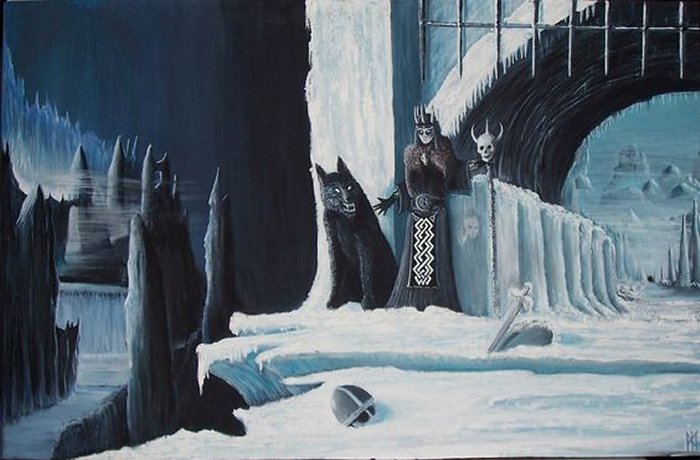 Deep down in Niflheim, beneath Yggdrasil's third root, there is Helheim (or Hel) a crowdy, icy and cold place, full of spirits of those who did not die in battle but of diseases, suicide or old age. Helheim is ruled by the Goddess Hel (or Hela), a daughter of Loki, a trickster god who enjoyed mischief and one of the major deities in the Norse pantheon.