Conny Waters - AncientPages.com - A string of beads and an ancient animal figurine found at the Paleolithic site of Ust-Kova in Krasnoyarsk Territory were recently studied by a team of archeologists from Siberian Federal University and Novosibirsk State University.

Over 20 thousand years ago its residents used drills, cutters, and even leveling blades. The unusual features of some of the items showcased the mastery of the craftsmen, researchers say. 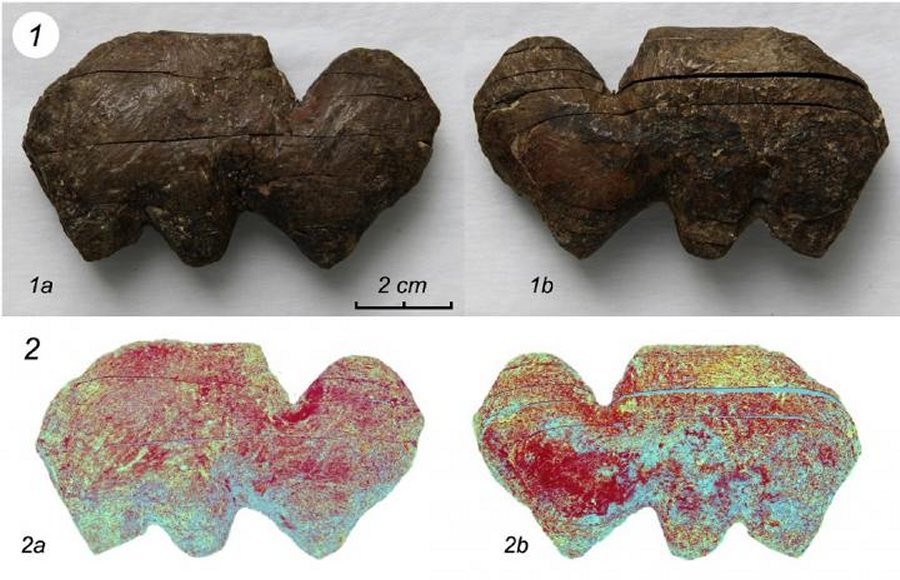 A team of archeologists from Siberian Federal University and Novosibirsk State University provided a detailed reconstruction of a technology that was used to carve ornaments and sculptures from mammoth ivory. The team studied a string of beads and an ancient animal figurine found at the Paleolithic site of Ust-Kova in Krasnoyarsk Territory. Over 20 thousand years ago its residents used drills, cutters, and even leveling blades. Credit: Lbova L. / 2020, Archaeological Research in Asia

In their research published in the journal Archaeological Research in Asia, researchers provided a detailed reconstruction of a technology that was used to carve ornaments and sculptures from mammoth ivory.

The new data obtained by the scientists will help study the relations between the residents of different Siberian sites.

The Ust-Kova site is located in Kezhemsky District of Krasnoyarsk Territory at the mouth of the Kova river. Archaeologists from Krasnoyarsk have been working there since the middle of the 20th century, but the major part of the excavation work took place between 1980 and 2000. Based on the results of radiocarbon dating, the site is considered to be over 20 thousand years old.

Of all findings from Ust-Kova, scientists consider animal figurines the most interesting. They also found various ornaments and tools made from mammoth ivory.

However, until recently the technology of their manufacture has been unknown.

"We studied several mammoth ivory items found at Ust-Kova: a mammoth figurine, a seal sculpture, and bracelets and beads of different sizes that were created around 24 thousand years ago. Our group was supervised by Prof. L.V. Lbova, a Ph.D. in History, from the Department of Archeology and Ethnography of Novosibirsk State University.

We conducted a detailed microscopic analysis of each object to identify the tools used in their manufacture by the markings they left," said Prof. Nikolay Drozdov, a Ph.D. in History, representing Siberian Federal University.

After processing the microscopic images of the mammoth figurine with DStretch, the team was able to reconstruct the ancient technology in every detail. The image showed markings that were left by different tools. According to the scientists, at first, a craftsman had to break a mammoth tusk down into segments. After that smaller plates were turned into beads: the master cut them into rectangles and made a hole in the center of each piece using a stone drill. Bigger parts were used to create animal sculptures. To depict a mammoth, the craftsman outlined a head and legs with a leveling blade and then removed the excess of the bone with a cutter. After the figurine was finished, it was decorated with a pattern to imitate eyes and hair.

The team also analyzed the chemical composition of the artifacts. The scientists were especially interested in the traces of dark-red pigment on the surface of the sculpture. It turned out that ancient craftsmen used to paint many of their items with manganese and magnesium (presumably, they were extracted from salt rocks situated not far from the site).

The mammoth figurine was painted with red pigment on one side and with a black one on the other.

In the mythology of the Ust-Kuva people, red was a symbol of life, and black meant death. The researchers also found several layers of pigment on the beads. They assumed that the ornaments had been in use for many years and had to be regularly repaired.

The study can help better understand the relationships between different tribes and territories. Now scientists will be able to compare tools from different sites by various parameters. This will show whether distant tribes were in contact with each other and also help identify individual styles of ancient master carvers.