AncientPages.com -  Question: When was chocolate invented?

Answer: The word chocolate was actually derived from the Aztec language known as Nahuatl. Chocolate is something ancient people enjoyed just as much as we do today. 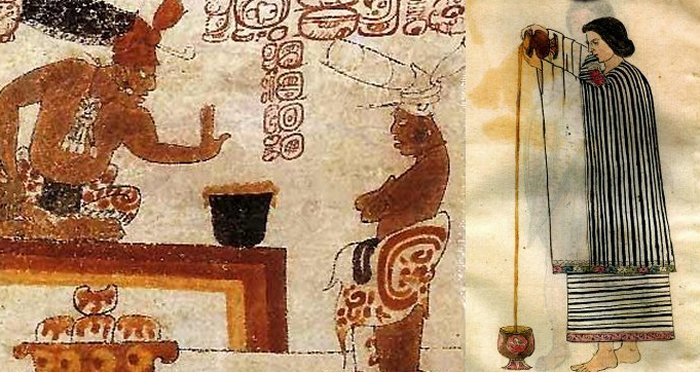 Chocolate was invented in Mesoamerica in 1900 BC. The word "chocolate" was derived from the Aztec language known as Nahuatl. The Aztecs believed that cacao seeds were the gift of Quetzalcoatl, the God of Wisdom.

The Aztecs believed that cacao seeds were the gift of Quetzalcoatl, the God of wisdom. The cacao seeds were considered very valuable and were used as currency by the Aztecs and the Maya. The Mayans and Aztecs were also known to make a drink called "Xocoatll” from the beans of the cocoa tree. The drink was believed to have aphrodisiac powers and to give the drinker strength. Chocolate was often used in ancient religious rituals.

However, for many people, the first associations with the history of chocolate are from the time of the Aztecs and their bloody rituals, in which cocoa had an important part – in what is now Mexico. But in fact, it all started much earlier – around 3500 BC and in the capital of the Aztec state, Tenochtitlan in 3500 kilometers from Mexico City.

Traces of theobromine and caffeine – two substances found together in cocoa beans – were found on the walls of dishes from the excavation site in Santa Ana – La Florida, north of Palanda (a canton in present-day Ecuador) the center of the Mayo-Chinchipe culture.  In 1528, the conquering Spaniards returned to Spain with chocolate still consumed as a beverage. A similar chocolate drink was brought to a royal wedding in France in 1615, and England welcomed chocolate in 1662.

In 1847, Fry & Sons in England introduced the first "eating chocolate," but did not attract much attention due to its bitter taste. In 1874, Daniel Peter, a famed Swiss chocolatier, experimented with various mixtures in an effort to balance chocolates rough flavor, and eventually stumbled upon that abundant product -- milk.

This changed everything and chocolate's acceptance after that was quick and enthusiastic.