A. Sutherland - AncientPages.com - Odin is probably the most complex figure of all the Norse Gods.

In the Norse pantheon, Odin is considered ‘Allfather’ and ruler of Asgard, but he was never entirely trusted. The supreme Odin was described among mortals as a man with only one eye and wearing a wide-brimmed, dark hat casting a shadow over his face. 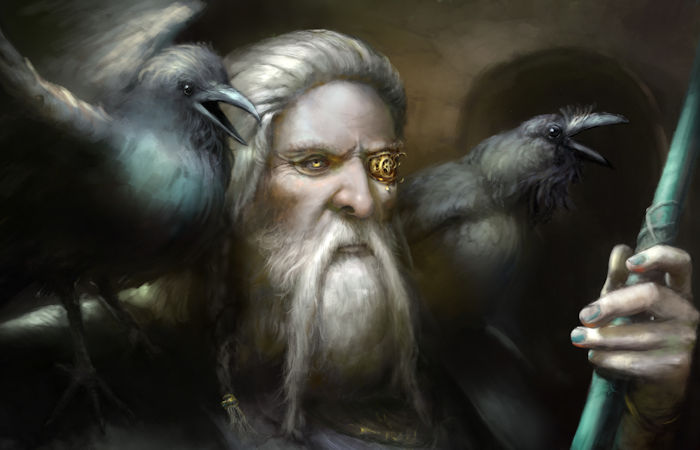 In Viking beliefs, Odin - as a god of magic, wisdom, and war – visited Midgard to spread knowledge and victory in battle. To his help, Odin had the magical spear of Tiwaz, which allowed him to control battles; he could simply deny victory or give it.

Odin – one of the sons of Bor, who fought Ymir, the senior frost giant - was known under many different names and titles; he was Valfodr (‘Father of the Slain’), Haptagud (‘God of Prisoners’), Hangagud (‘God of the Hanged’). We cannot mention all of Odin’s names because according to Snorri Sturluson (1179 – 1241), a famous Icelandic historian, the mighty Odin had forty-nine names. 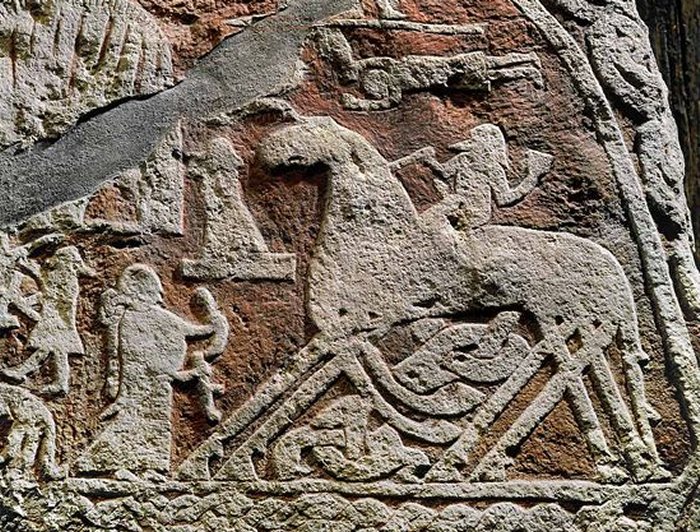 Many of them reflected Odin’s elusive nature, for example, Grimr (‘Masked One’), Svipall (‘Capricious One’), Glapsvidir (‘Swift Tricker’), Baleygr (‘Shifty Eyed’) just to name a few.

Suddenly, Odin could be disloyal, turning against his favorites by causing their unexpected downfall; sometimes he was also accused of unfairness. As a master of supernatural powers, he could do much but he wanted to go to a further extreme to master even more. 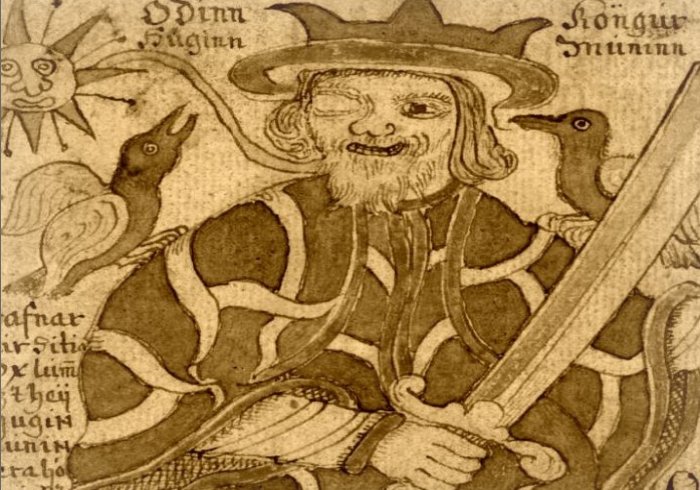 It is said that the great Odin sacrificed an eye to Mimir, the Norse god of wisdom, in exchange for a drink from Mimir’s well located in Jötumheimr.

As the god of kings, Odin supported young princes by giving them diverse gifts and magic swords, but when the time came, he could unexpectedly destroy them, and yet, this great god had many followers, such as the Berserkers.

These warriors wore bear or wolf skins in battles, and Odin’s gift of ecstasy made them resistant to pain and full of inspiration.

Sacrifices were performed to him of captives taken in war by stabbing and hanging, and it is said that the victim's last movements were observed carefully to predict either defeat or victory in a battle.

Odin was a master of shapeshifting; he could fly through the air in the form of an eagle, while his spirit (in animal form) could be instantly transported to a distant land, while his physical body lay as if asleep.

He could change the direction of the wind and calm or stir the sea and his ring Draupnir had the ability to multiply itself to ensure a supply of gold and wealth to Odin's many followers.