Jan Bartek - AncientPages.com - It takes only a few seconds to blow up a sacred temple that has withstood the test of time for thousands of years. Unfortunately, a much longer time is required to produce a mini replica of this glorious sacred, ancient building. Even when the result is ready it can never come close to the original structure our ancestors built an awfully long time ago.

Once ancient history has been erased there is no way to get it back, but memories can be preserved. 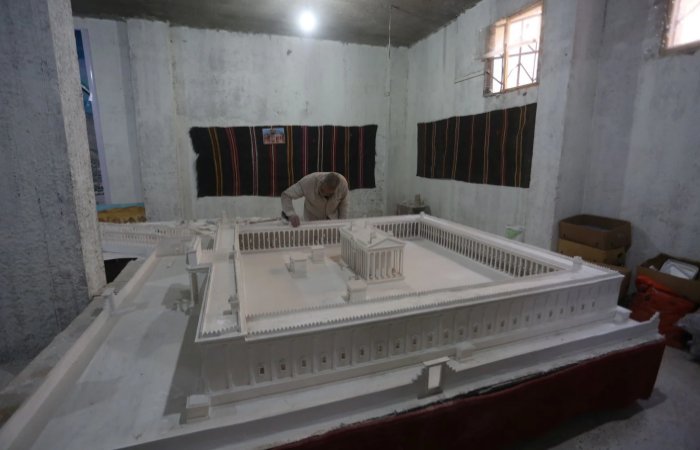 In 2015, the ancient ruins of Palmyra in Syria were damaged and destroyed by Islamic State fighters. Many of us suspected we could never admire the Temple of Bel or the Lion of Al-lat that adorned the Temple of Baalshamin in person but being able to see photographs of these historical places was still adequate. Now many ancient buildings in Palmyra, a city that dates back to the Neolithic period are nothing more than piles of stone.

A while back, the UC San Diego Library’s Digital Media Lab announced it had digitally reconstructed the ancient Temple of Bel, but there are more people working hard and fighting to preserve the memory of Palmyra.

One of them is Palmyra’s former resident Ali Saleh al-Taha who fled and sought refuge in the city of al-Bab in the district of Aleppo. 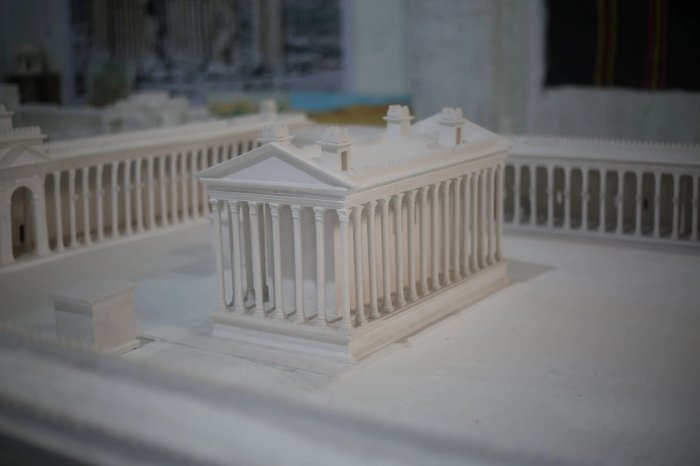 Taha has always kept Palmyra’s ruins close to his heart. Before the war broke out, he spent 25 years excavating a number of archaeological sites in the city, and his father and grandfather before him also worked on the ruins, regularly collaborating with foreign archaeologists.

It’s understandable he wants to preserve the history of this 4,000-year-old once magnificent city. 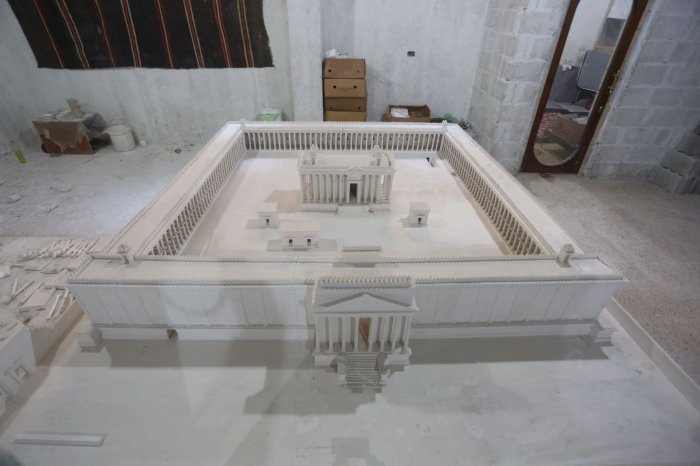 During the escape from Palmyra Taha lost four of his children and he became wounded as well. His chronic back pain and other ailments make his work difficult, but he is not giving up.

As the Middle East Eye reports, “Taha uses memory and publicly available photographs to recreate the ruins of Palmyra using plaster, operating out of a workshop he rents in al-Bab. The models he builds are scaled replicas of the original buildings in Palmyra. Taha’s recreation of the Temple of Baal is two meters by two and 40cm high.” 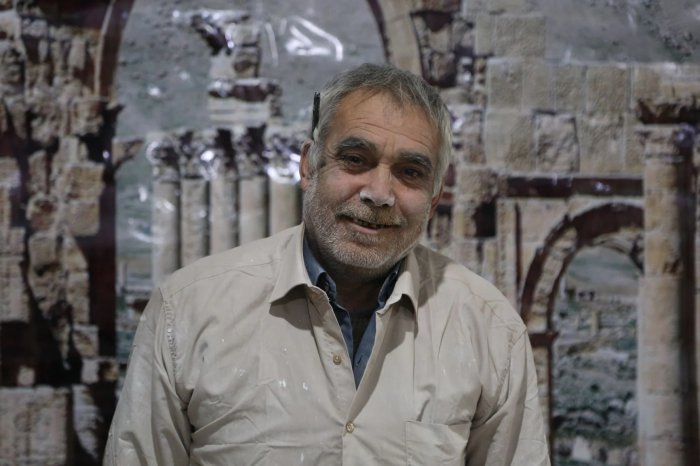 Taha hopes his mini replicas will educate future generations about the historic sites that were lost. He says that he hopes “the children of Palmyra do not forget the ruins, civilization, and heritage of their city”.

Perhaps it is fair to say his work should be appreciated by anyone interested in ancient history regardless of country. He is certainly doing an outstanding keeping the memory of Palmyra alive.