Conny Waters - AncientPages.com - A 2,700-year-old Urartian castle will be soon an open-air museum. During the last three decades, archaeologists in Eastern Anatolia have been working hard with the excavations and restoring of the ruins and carvings of the castle.

After the discovery of the temple, the walls, a defining part of the castle, have been unearthed in 2015.

Some 25 years after the construction of the castle it was damaged by an earthquake and a fire, which was followed by the dismantlement of the adobes and hence the closure of the castle, Head of Excavation Doç. Dr. Mehmet Işıklı said.

“Excavations at the castle have been going on for years. We have regained many important artifacts for the museum. However, 2,700 years after the construction of the castle the most enticing part of the castle, the walls, have been discovered. This made us very excited, as even though these walls witnessed great earthquakes, their architecture remained quite robust and unchanged. Also, we learn so much about the history of Urartu from the walls. Lastly, even the earthquake in 2011 with a magnitude of 7.2 didn’t harm the building. The Ayanis Castle is full of surprises,” Işıklı added.

Ayanis has a size of 100x 400 m and is one of the civilization’s most magnificent structures thanks to its mudbrick walls and stone engravings. The castle has its location on a hill (1866 m above sea level) about 35 km north of Van near to a village Agaru (old Ayanis) and only 250 m inland from Lake Van. 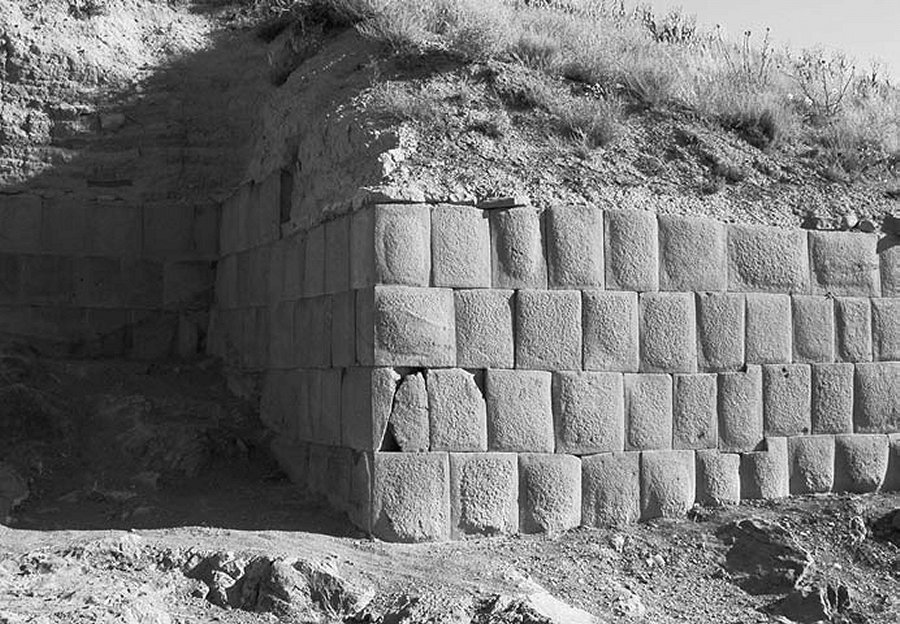 It was built by Urartian King Rusa II  King Rusa II ascended the throne in 685 BC and after about 45 years' reign died or was dethroned in 645 BC. In fact, during his long reign, Rusa II ordered to construct many castles such as Toprakkale, Kef Kalesi, Karmir-Blur, Bastam just to name a few.

"An archaeology professor at Erzurum’s Atatürk University, Mehmet Işıklı recently told Anadolu Agency that the team was carrying out important work to shed light on the castle. “We are doing excavation work in a very restricted area. We plan to create an open-air museum that protects the entire temple area around a roof, shares the sacred values of the Urartians, and reflects their culture,” added Işıklı, writes Hurriyet Daily News.

Işıklı leads a team of 30 experts who are restoring stone carvings in the Ayanis Castle, which is located on a hill overlooking Lake Van. The history of Van Lake goes back to about 6,000 years.  Lake Van is the largest lake in Turkey and the second largest in the Middle East.

It's also the biggest sodium water lake in the world. The lake lies on the high grounds of the Eastern Anatolian region near the border with Iran. It was formed by a crater caused by a volcanic explosion of Mount Nemrut near the province of Van. 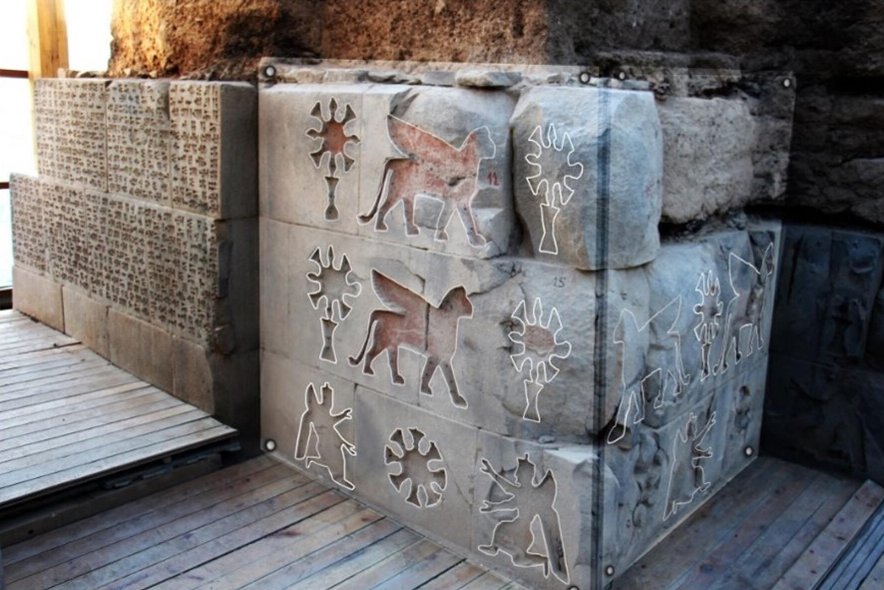 Right now, the archaeologists focus on the Haldi Temple, which is the most important part of the castle, and the building complexes associated with it,” Işıklı informed.

The core temple, which was one of the holiest places for the Urartians, remains intact, as do the area’s podium hall and extraordinary stonework. The excavation team is placing the engraved stones in their original place in the Haldi Temple.

“Especially in the temple, there are walls decorated with ornaments defined as intaglio made with stone carvings that are unique in the world,” he said, referring to a technique specific to the site.

“There is alabaster decorated with extraordinary workmanship,” he said. “We had to do very serious stone restoration in this area.”

Işıklı said they aimed at creating a whole with original parts.

Ayşegül Akın Aras, a research assistant at the Archaeology Department of Atatürk University, said that they were working meticulously to place the original intaglio on the walls of the temple.

“The Urartians carved the stone blocks and created different ornaments in line with their religious customs,” she said, adding that the researchers are placing the engraved original pieces on these carved stones. Once the original stones are found, the temple will serve tourism in all its glory.”