AncientPages.com - On 5 January 1896, an Austrian newspaper reported a discovery of a new type of radiation known today as X-rays.

Wilhelm Roentgen, a German professor of physics, was the first to discover electromagnetic radiation in a wavelength range. 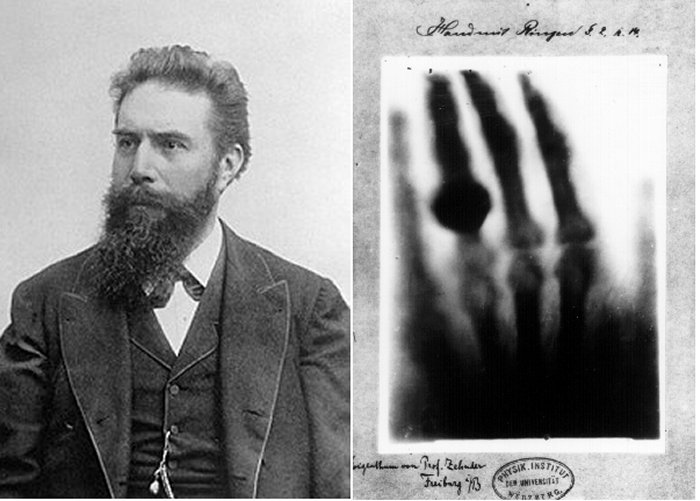 Roentgen discovered that the X-ray would pass through the tissue of humans, leaving the bones and metals visible.

Many people had observed the effects of X-ray beams before, but Roentgen was the first scientist to study them systematically. To highlight the unknown nature of his discovery, he called them X-rays because, in mathematics, "X" is used to indicate an unknown quantity.

One of Roentgen's first experiments late in 1895 was a film of his wife Bertha's hand with a ring on her finger.

The news of Roentgen's discovery spread quickly throughout the world. Scientists everywhere could duplicate his experiment. In early 1896, X-rays were utilized clinically in the United States for bone fractures and gunshot wounds.

Röntgen was awarded an honorary Doctor of Medicine degree from the University of Würzburg after his extraordinary discovery.

For his remarkable achievement, he was honored with the first Nobel Prize in Physics in 1901.