Conny Waters - AncientPages.com - Polish archaeologists discovered a structure and objects that may indicate that Tel Erani site in Israel was one of the first places in the region that the Egyptians had reached, reports Science in Poland.

They also estimated that the wall discovered a year ago was over 5,300 years old. 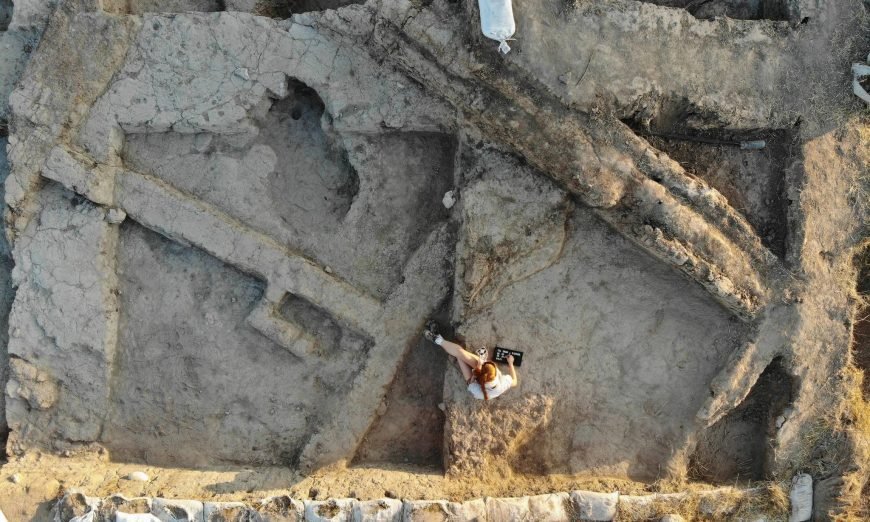 For six years, researchers from the Institute of Archaeology of the Jagiellonian University in Kraków, Poland have been exploring the buildings of the city from the Early Bronze Age and Egyptian trading post located there. Recent discoveries revealed the local community was at a much higher level of organization than previously thought.

According to a team member, Dr. Marcin Czarnowicz, the building is also associated with newcomers from the Nile, which is based on the discovered bread forms, utilitarian objects, and ceramics. The archaeologist is convinced that they come from the earlier phase of the Egyptian culture of Nagada, which lasted approx. from 3150 to 3050 B.C.

These items may indicate that Tel Erani was one of the first places in the region that the Egyptians had reached.

Archaeologists found imported ceramics, including vessels that are relatively rare in Egypt. They also reached the calca - the layer untouched by man. "We estimate that this is the beginning of the settlement, at least in this area" - the expedition participant reports.

During the last season, archaeologists continued research on the wall discovered a year ago. "We are convinced that we have reached its base. Importantly, we were able to confirm the date of construction of this structure. We now know that it is over 5,300 years old" - Czarnowicz said. 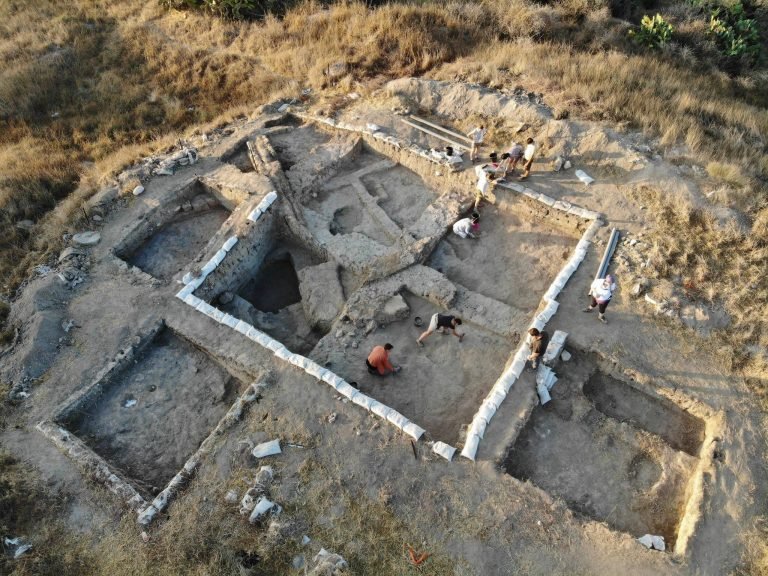 According to the researchers, this is irrefutable evidence of the Egyptians' permanent residence in the southern Levant. The unresolved issue remains how large this group was. Archaeologists estimate that it could have been even several dozen people. Image credit: IA Jagiellonian University via Krk.pl

Leader of the expedition Prof. Krzysztof Ciałowicz suspects that ceramics were produced in Tel Erani. His team has not yet found the furnace, but with the buildings of the Egyptian trading post archaeologists came across a lot of different ashes and traces of burning.

"These are certainly not the remains of a burned building. In addition, we have a lot of different types of slag. Laboratory tests have shown that there are no traces of copper, which is why we think they were a result of the production of ceramic vessels" - he said.

Further research will be continued during the next year's excavations.

Tel Erani is considered one of the key Levantine centers with recorded early Egyptian influence. Its archaeological potential has been noticed a long time ago, and the first regular excavations began in the mid-twentieth century.