Conny Waters - AncientPages.com - An anthropoid gilded coffin of Nedjemankh, priest of the ram-god Heryshef, previously smuggled out of the country, has been finally recovered by the Antiquities Repatriation Department at Egypt's Ministry of Antiquities.

The coffin is carved in wood and covered with a layer of gold inscribed for Nedjemankh, a high-ranking priest of Heryshef of Herakleopolis. 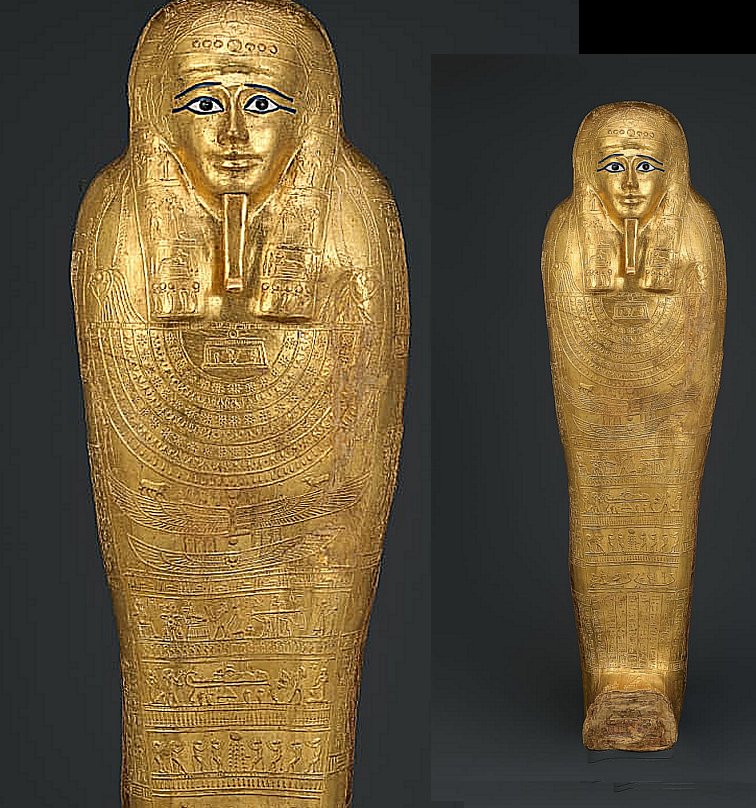 The recovered coffin of Nedjemankh, a high-ranking priest of Heryshef of Herakleopolis. Image credit: Egypt's Ministry of Antiquities/ via Ahram Online

Hershef (or Heryshaf) was an ancient ram deity whose cult was centered in ancient Heracleopolis Magna. He was identified with Ra, Osiris in ancient Egyptian religion as well as Dionysus.

The coffin was purchased by the Metropolitan Museum in New York through an antiquities trader who held a 1971 Egyptian export license. Shaaban Abdel Gawad, supervisor general of Egypt’s Antiquities Repatriation Department, said that investigations undertaken by the Manhattan District Attorney’s Office lasted for around 20 months, during which Egypt submitted evidence of ownership and that the export license of the trader was fake, reports Ahram Online.

Before the promulgation of Antiquities Protection Law No 117 of 1983, Egyptian law allowed the export of some artifacts.

In the wake of the Manhattan District Attorney investigation, the Met learned that it received a false ownership history when it purchased the gilded coffin, along with fraudulent statements and fake documentation, including a forged 1971 Egyptian export license. The Manhattan District Attorney upheld Egypt’s ownership of the coffin and directed that it should be returned to its homeland. 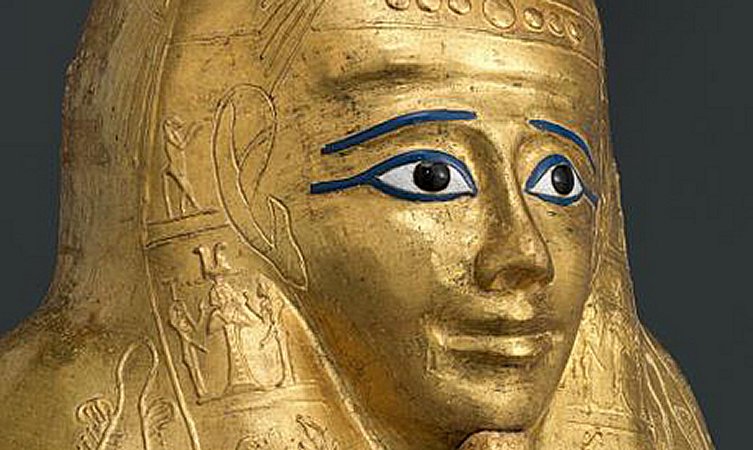 “After we learned that the museum was a victim of fraud and unwittingly participated in the illegal trade of antiquities, we worked with the DA’s office for its return to Egypt. The nation of Egypt has been a strong partner of the museum’s for over a century,” the Met's president and CEO, Daniel Weiss, told The New York Times.

Abdel Gawad pointed out that the museum’s president also sent yesterday the museum’s apologies to Minister of Antiquities Khaled El-Enany, and to Egyptians.

A temporary place for the priceless coffin is the Egyptian Museum in Tahrir Square; later it will be taken to the Grand Egyptian Museum as part of its permanent collection on its official opening in 2020.

The coffin is carved in wood and covered with a layer of gold inscribed for Nedjemankh, a high-ranking priest of Heryshef of Herakleopolis. The elaborately decorated surface includes scenes and texts in thick gesso relief that were intended to protect and guide Nedjemankh on his journey from death to eternal life as a transfigured spirit.