Ellen Lloyd - AncientPages.com - Today’s Biblical mystery deals once again with Adam who is a fascinating figure in the Bible, at least if we take time to examine his story in detail.

According to the Bible, Adam was the first man created by God and he became the father of humankind. He lived together with Eve in the Garden of Eden, but they were expelled from this paradise for eating the forbidden fruit.

That is a short but accurate version of how Adam is presented in the Holy Book. Those who are interested in learning more about Adam will find the Bible tells a lot about him, but there are some accounts describing his life that give us reasons to search for more information about this intriguing individual. 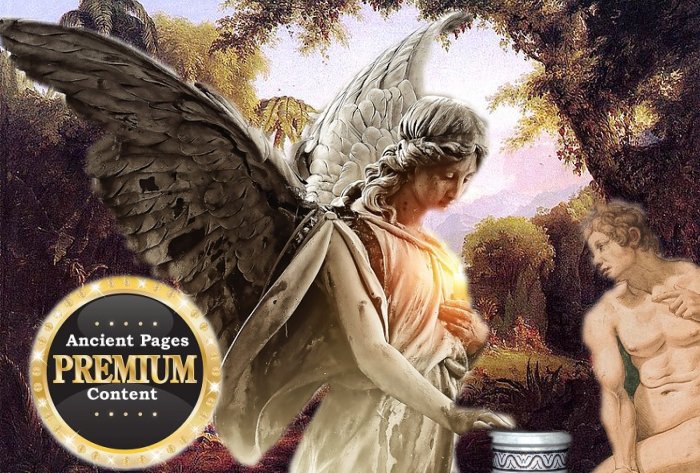 Putting aside the fact that there is plenty of archaeological evidence of a pre-Adamic race, there are other issues one must seriously consider when trying to unravel the mystery of our Biblical Adam.

To begin with, we still don’t know where the magnificent Garden of Eden was located, but there are some theories. Archaeologists, historians, and Biblical scholars have previously suggested that the four rivers, Pishon, Gihon, Tigris, and the Euphrates hold the clues to this Earthly paradise’s location.

The Biblical paradise is undoubtedly an intriguing subject, but we will ignore it for a moment and continue to explore the true identity of Adam.

We have previously discussed the possibility that Biblical Adam was a giant who emerged from an underground world. Exploring further, we learn more about Adam by studying a couple of puzzling stories in ancient Oriental writings and certain Apocrypha. These accounts give us much to ponder and it would seem, Adam may not have been the person most of us thought.

While researching ancient texts, we come across truly baffling information that may shed new light on Biblical Adam.

Our article today deals with the unsolved mystery of Biblical Adam’s treasure consisting of some mysterious unknown objects he received. What was this treasure?  Were these objects of extraterrestrial origin, or were they precious artifacts belonging to a long-gone advanced civilization we know virtually nothing about? Why were these objects give to Adam?