A. Sutherland - AncientPages.com - Tell Mozan is the site of the ancient city of Urkesh, mentioned in both historical records and myths. It's located in the foothills of the Taurus Mountains in Al-Hasakah Governorate, northeastern Syria. 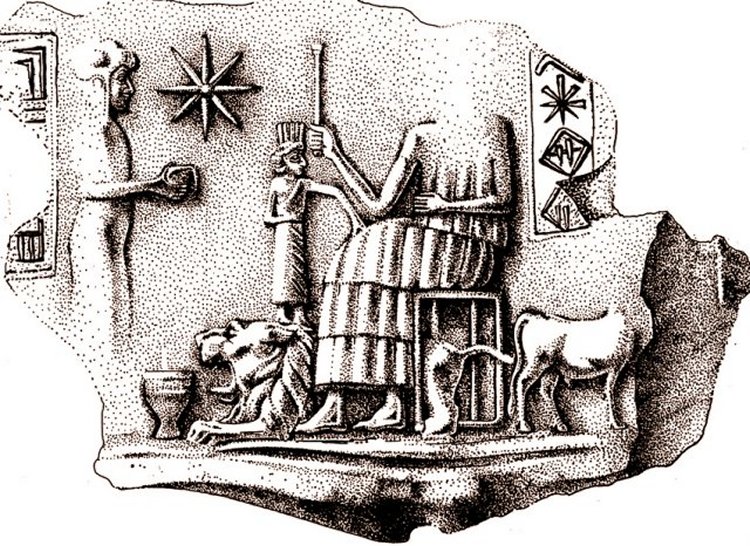 It was founded during the fourth millennium BC possibly by the Hurrians on a site which appears to have been inhabited previously for a few centuries.

The beginnings of Urkesh are as yet unknown, but it is known they date back to at least the early part of the fourth millennium BC and occupied the area - of both the plains and mountainous hinterland in what is today portions of Syria, Iraq, and Turkey. 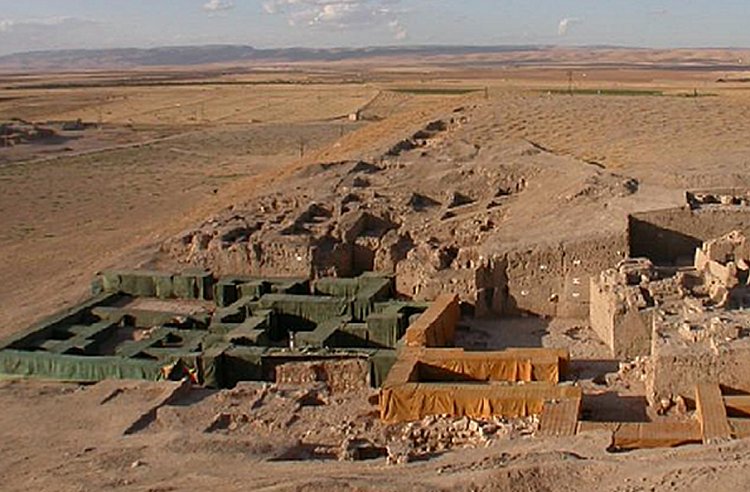 The large royal palace at Urkesh, which was still being excavated in 2010, has yielded written evidence which allowed it to be identified. Photo credits: Urkesh.org

The discovery of Urkesh has pushed back the earliest evidence for the Hurrians into ¨the third millennium., the civilization - in many ways alternative to that of the Sumerians, the Akkadians, and the Amorites.

However, it's also unknown civilization with language, which is unique and totally unrelated to any other known ancient or living language and the Hurrian texts from Urkesh are only the earliest ones.

It was the main center of the Hurrians, who celebrated it in their countless myths as the home of the father of the gods, Kumarbi - the foremost son of Anu (the sky), identified by the Hurrians with Sumerian Enlil. 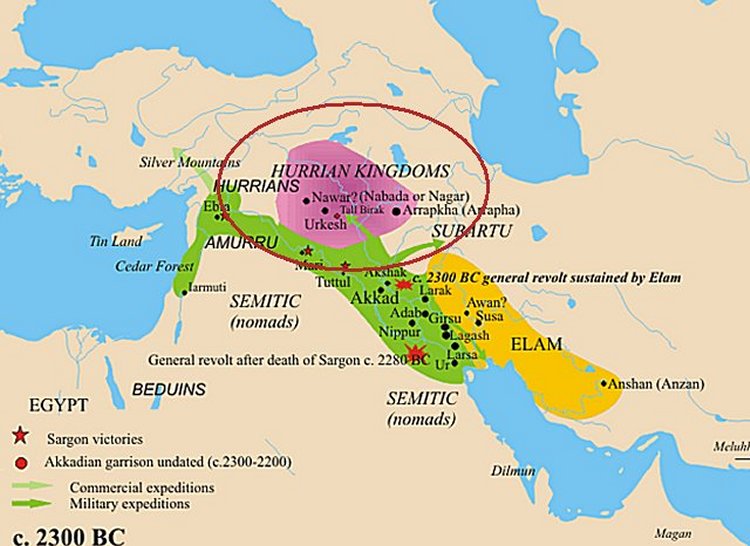 Urkesh was also the capital of a kingdom that controlled the highlands immediately to the north where the supplies of copper were located that made the city wealthy and rich.

The Hurrian population died out thousands of years ago, but the modern inhabitants of the area have not forgotten their ancestors from the ancient past.

For the last 30 years, archaeologists conducted excavations at Tell Mozan, ancient Urkesh, and these not only placed this ancient site in northeastern Syria but also have brought to light Tell Mozan/Urkesh and their inhabitants - the Hurrians, an unknown civilization of the ancient Near East. 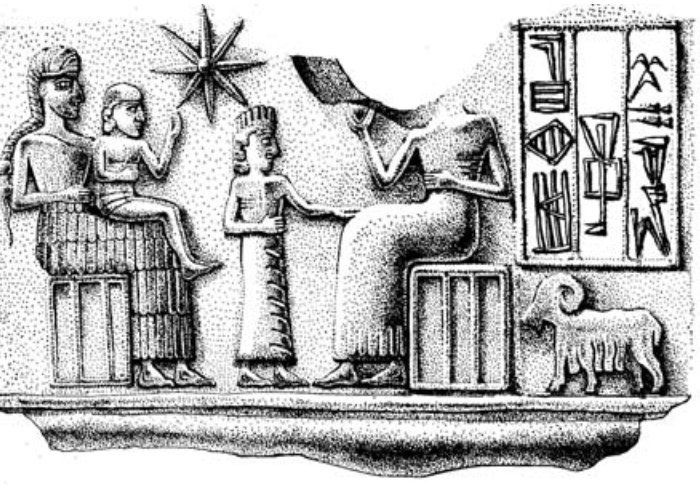 Seal impressions, which in antiquity sealed jars, baskets, and boxes. Other impressions were used to seal doors of buildings or other rooms. There have been unearthed more than a thousand impressions from rollings of over 100 different seals.

Written documents from the Palace have given us the name not only of the city and kingdom of Urkesh, but also of its king, Tupkish, and queen, Uqnitum. The powerful witness of writing also tells us that one of the daughters of Naram-Sin, the famous Mesopotamian king, lived in Urkesh.

And next to the Palace, UCLA Georgio Buccellati and Marilyn Kelly-Buccellatia and their team excavated deep underground shaft that was one of the most awe-filled monuments of the Hurrians – the 'Passage to the Netherworld'. 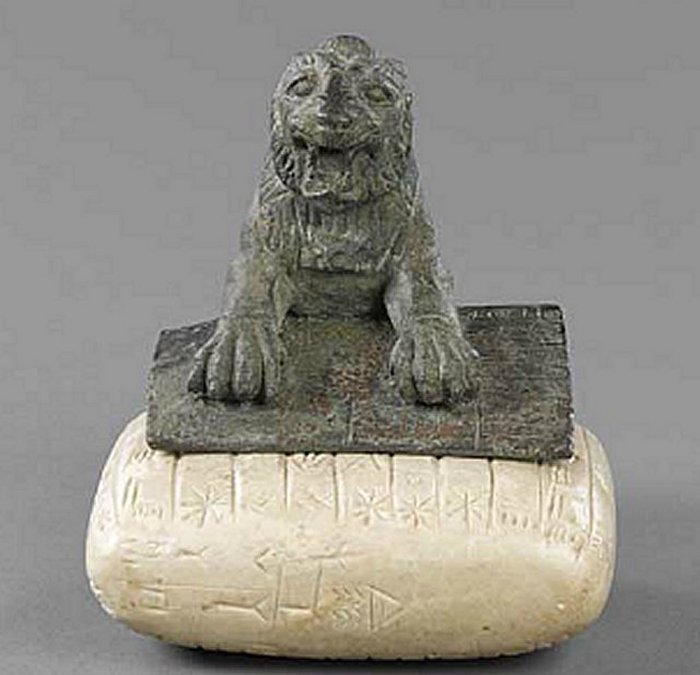 The Louvre lion of Tish-atal and an accompanying stone tablet bearing the earliest known text in Hurrian Photo credit: Louvre

Further excavations have revealed compelling evidence that the Hurrians not only strongly influenced the language, culture, and religion of later peoples but also may have been present 1,000 years earlier--just as nearby Mesopotamians began to create the first cities.

Kumarbi's temple, one of the most important buildings, was left in ruins that date back to about 2400 BC. The god Kumarbi's temple was most probably built by one of the earliest known Hurrian rulers - the king Tish-atal, c. 21st century BC of Urkesh during the Third Dynasty of Ur.

There are many unanswered questions regarding the Hurrians, but one thing is for sure; these ancient people were far more than just another wandering tribe in the fractious Middle East.