Jan Bartek – AncientPages.com – During excavations in the basement of the Courtauld Gallery in London, UK, archaeologists were amazed to unearth the remains of a medieval cesspit containing an array of fascinating finds.

“The location of the chalk-lined cesspit, which measures almost 15 feet deep, suggests it could have been used by both visitors and residents of the household as they passed through the courtyard of the Chester Inn. 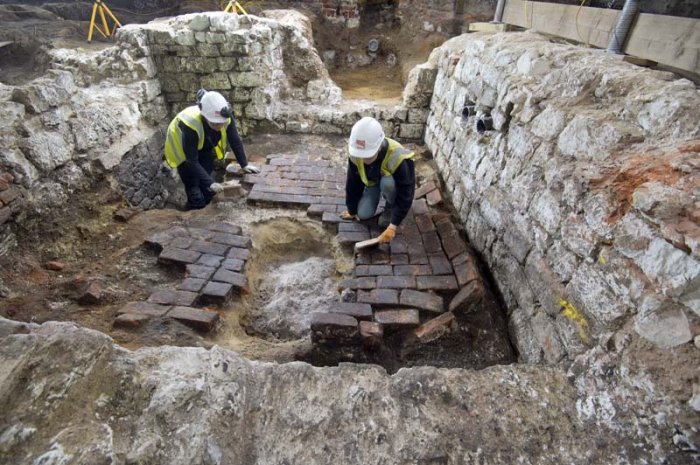 MOLA archaeologists excavating the top of the cesspit which had been backfilled and covered over several layers of brick flooring. Credit: MOLA

Fascinatingly, the cesspit appears to have been used in a variety of ways for over 400 years; by the 17th century it had been converted to a cellar and, following this, several layers of brick flooring were added, with the last layer dating to the 18th century,” MOLA reports.

Why Are Statues Of Mythical Yeti Dividing People In The Himalayas?

A latrine was added in the corner of this layer – an amusing twist, especially considering that this very spot will eventually be the location of the new lavatories at the Courtauld Gallery. This means that for almost half a century there has been always been a toilet of sorts in the same place!”

One of the most curious and unexpected discoveries is a depiction of an unknown mythical creature that has a human-like head and the body of an animal. 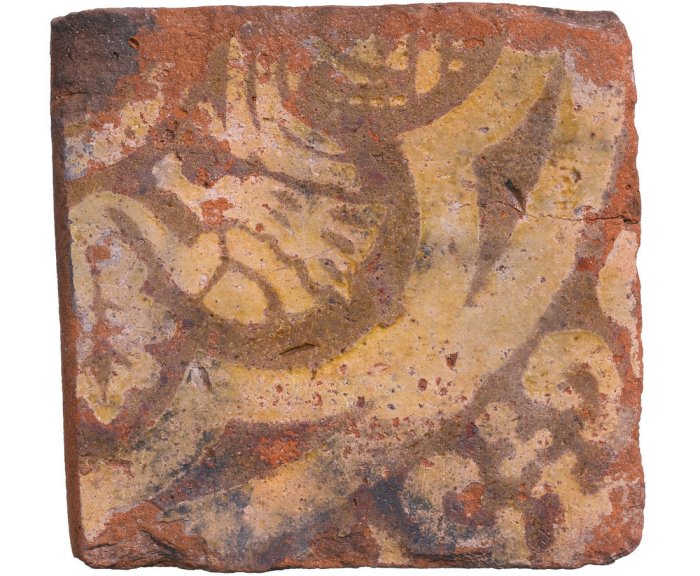 A strange creature with a human-like head and body of an animal was found by scientists. Credit: MOLA

Scientists were surprised when they walked into a public bathroom and found a tile painted with a mythical creature that resembles the Sphinx. Or is it a medieval depiction of a lion, dragon or perhaps the Manticore, the legendary sphinx of Persia?

Could it be an old painting of a scorpion? “Maybe the leaf-like tail was meant to resemble a manticore’s scorpion sting. There might be a clue in the paint. The brownish dried-blood hue it is now may have once been much brighter, and manticores were supposed to be blood red. Imagine just sitting there and doing your business until you came eye to eye with something that wanted to eat you,” Syfe speculates.

The depiction remains a Medical mystery for now and scientists suggest it may have been a demon of some kind. 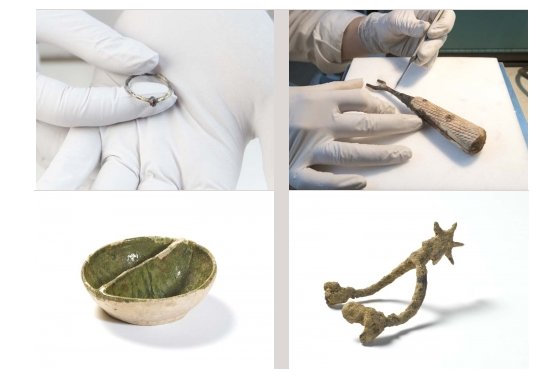 Excavation of the cesspit revealed many interesting and beautiful artifacts. Credit: MOLA

Of course, this is not the only discovery made by scientists. Excavation of the cesspit unearthed many interesting find such as a ‘Penn’ floor tile, of a type generally used for decorating palaces and monastic sites in the 14th century, as well as a range of pottery drinking vessels and tableware from the 14th and 15th centuries.

There was also a variety of metal items, including a delicate finger ring, a pendant, an iron spur, a belt buckle, and a bone-handled fork.