Conny Waters - AncientPages.com - Roman ruler Laelianus would have been pleased to hear archaeologists have discovered a coin depicting him. Unfortunately, this is something he could never have seen because the ancient coin was made after his death.

Laelianus was a short-lived Roman ruler who was most likely killed by his own soldiers. He reigned for only two months, from about late February to early June 269 A.D. There is little information about Laelianus, but historians know he was responsible for a rebellion against Postumus, the Emperor of the Gallic Empire. 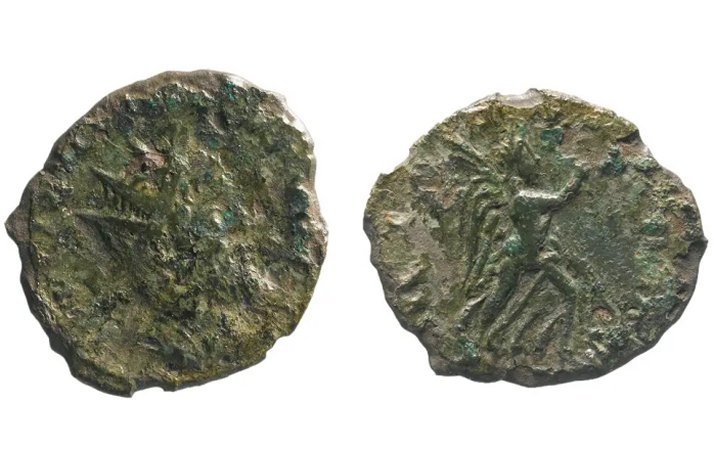 Most likely, Laelianus  served as military commander or governor in Germania in the mid-to-late third century, at the time of the breakaway Gallic Empire which included Britain.

The 1,800-year-old coin bearing Emperor Laelianus’s likeness was discovered during roadworks in Cambridgeshire and has been called “incredibly rare”. It is only the second such coin discovered in England and it’s rare due to the Emperor’s short reign.

Ancient Roman Coins Discovered In Utah Could Re-Write History But Are They Authentic?

“Roman emperors were very keen to mint coins,” said numismatist Julian Bowsher, from contractor Mola Headland Infrastructure. “Laelianus reigned for just two months which is barely enough time to do so. However, coins were struck in Mainz, Germania.

“The fact that one of these coins ever reached the shores of Britain demonstrates remarkable efficiency, and there’s every chance that Laelianus had been killed by the time this coin arrived in Cambridgeshire.”

“Discoveries of this kind are incredibly rare. This is one of many coins that we’ve found on this exciting project, but to find one, where there are only two known from excavations in this country that portray this particular emperor, really is quite significant,” Dr. Sherlock said.