A. Sutherland - AncientPages.com - The lion has been a powerful ancient symbol for thousands of years.

Ancient civilizations associated the lion with power and royalty and we can find this majestic animal on prehistoric cave paintings, ancient Sumerian and Egyptian artifacts dating back to 3000 B.C. as well as several ancient monuments like the marvelous lion gates in Hattusha, the capital of the kingdom of the Hittites. 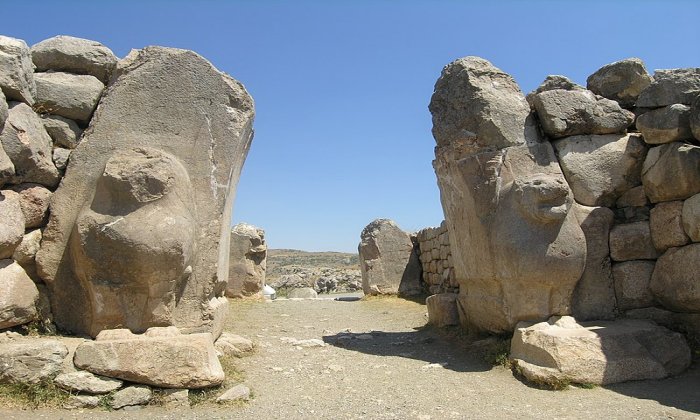 Mysterious and gigantic lion sculptures dated to the Hittite era are still puzzling scientists. Little is knows about these magnificent stones and why these lion sculptures were created.

In the Near East lions were regarded as a symbol of guardians. The Ishtar Gate, named after a Mesopotamian goddess of love and war was constructed by the Babylonian King Nebuchadnezzar II circa 575 BC. It was an enormous burnt-brick entryway located over the main thoroughfare in the ancient city of Babylon (now in Iraq). The magnificent gate was decorated with glazed blue bricks that depicted rows of bulls, dragons, and of course the powerful lion.

In Mycenae, a fortified late Bronze Age city located between two hills on the Argolid plain of the Peloponnese, Greece there is also a wonderful lion gate. The two lions stand above a 10-foot gate of monolithic stone. The lintel or stone supporting the lions is estimated to weigh some 18 tons. The front paws are on two altars and a Minoan column stands between the two. This has led researchers to believe that the symbol of power wielded by the kings of Mycenae, where the famous Helen of Troy originated, had a Minoan origin. 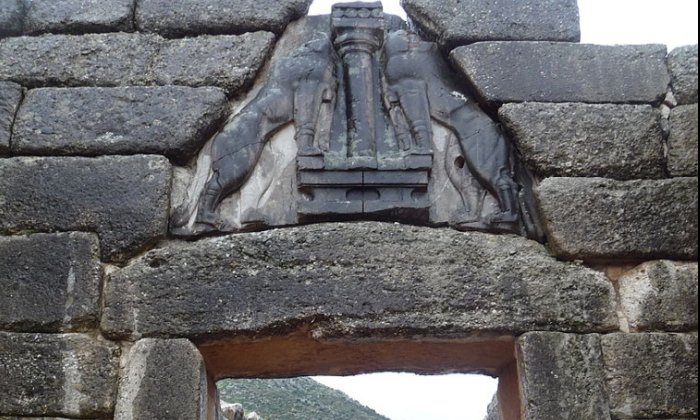 This lion gate reflects the ancient Greeks' admiration for the animal and anyone interested in the subject will find that ancient Greek mythology is full of references to lions.

The Assyrian king, Ashurnasirpal II who reigned between 883 and 859 B.C. in Mesopotamia had huge winged statues set up at the doors and gates of his cities. These had human heads and winged bodies a bull and a lion and were worshipped as deities.

One of the most mysterious ancient idols is perhaps the Sphinx that had a human head and a lion’s body. 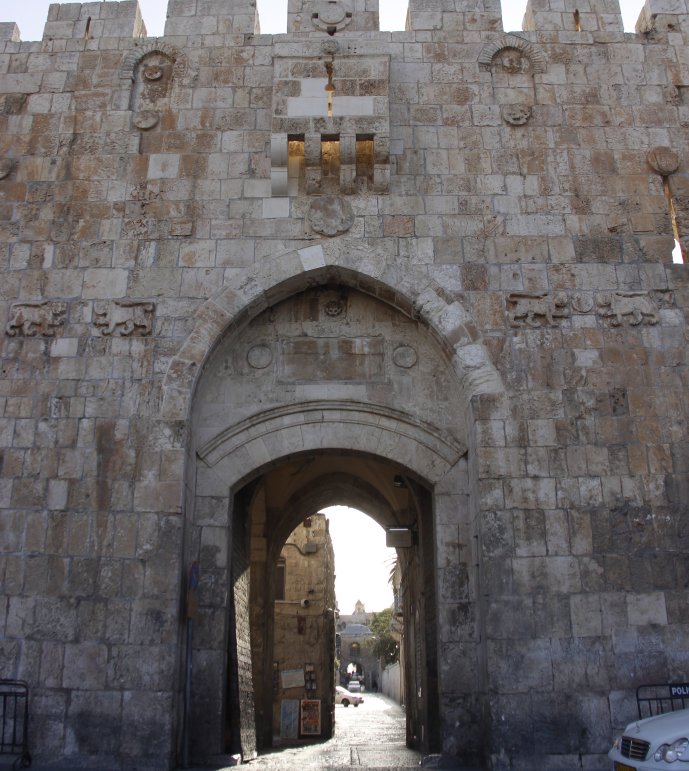 The Sphinx was regarded as a guardian of knowledge. It had deep connections with many ancient civilizations and we can find statues of the Sphinx more or less worldwide.

During the late Seljuk period, lions seem to have been a favorite means of protecting palaces and city gates. The Greater Seljuks also used lions as symbols of their power and the Seljuks of Rum (Anatolia) were no different.

In the central Anatolian province of Aksaray, there is a mysterious “single-headed, two-bodied lion figure,” whose origins and history remain a mystery. The fact that his figure is seen only in the Alayhan in Anatolia makes the symbol special and enigmatic.

Archeologists who studied the figure point out that some lion figures have been seen in Turkey before and after Islam. However, what makes the symbol here different and special is that the lion has one head and two bodies. There are various interpretations about it. It is claimed that the power of the state increased twofold and that it symbolizes the sultan Kılıçarslan II.

In old Jerusalem, Kanuni Sultan Suleyman ordered to construct a wall around the city in the 16th century. The most famous of the gates in these walls is the Lions’ Gate, especially placed there as the result of a dream that the sultan saw on several occasions. He apparently dreamed that lions were about to attack him for not having put a wall around the city for protection. Not only did he order the wall made but he had the images of two lions made.

The status of the majestic lion has not changed in modern times. It is still considered to be the king of the animals and a symbol of royalty and power.